Why 2 volcanoes in Hawaii are so close, yet so different 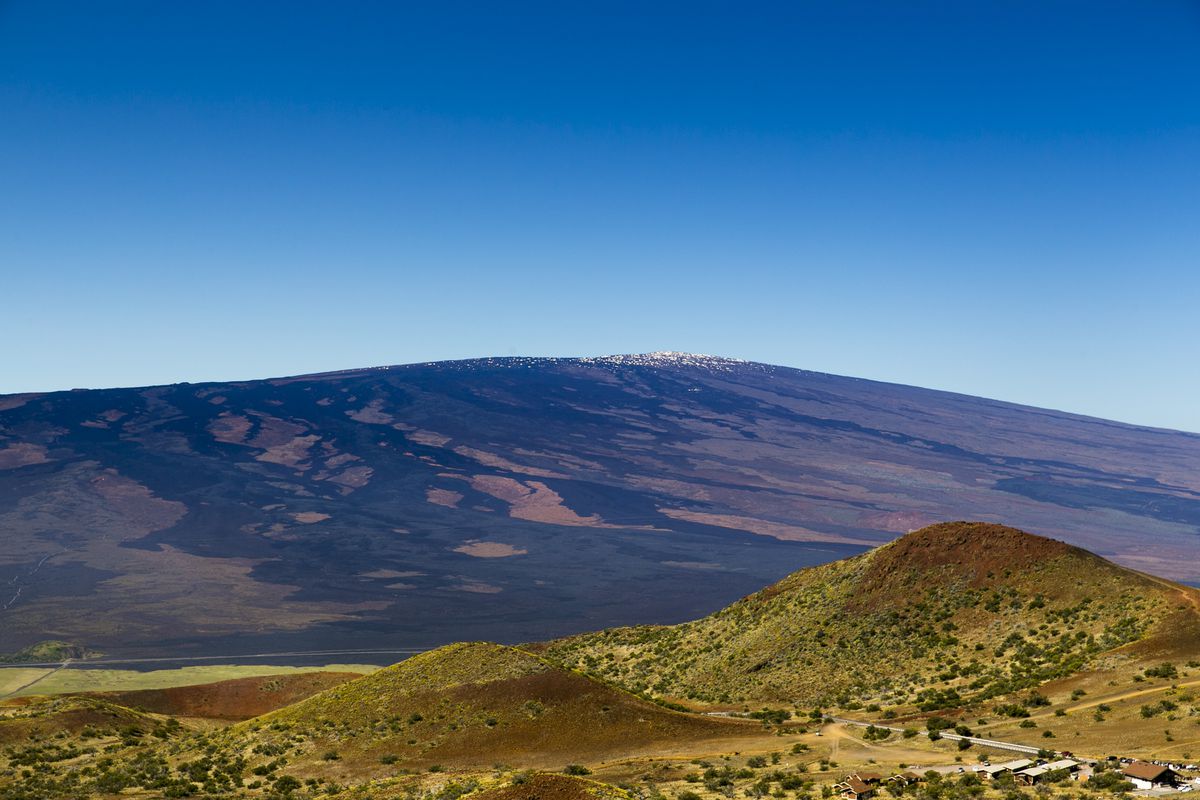 Mauna Loa, the biggest volcano on Earth — and one of the most active — covers half the Island of Hawaii. Just 35 miles to the northeast, Mauna Kea, known to Native Hawaiians as Mauna a Wakea, rises nearly 14,000 feet above sea level. To them it represents a spiritual connection between our planet and the heavens above.

These volcanoes, which have beguiled millions of tourists visiting the Hawaiian islands, have also plagued scientists with a long-running mystery: If they are so close together, how did they develop in two parallel tracks along the Hawaiian-Emperor chain formed over the same hot spot in the Pacific Ocean — and why are their chemical compositions so different?

"We knew this was related to something much deeper, but we couldn't see what," said Tim Jones, an earth science Ph.D. student at Australian National University and the lead author of a paper published in Nature on Wednesday that may hold the answer.

[How an Alaska volcano came back to life after an eruption]

Jones and his colleagues developed a model that simulates what's happening in our planet's mantle, beneath the crust that we live on, offering a window to the center of the Earth — or close to it. Their study may one day allow a reconstruction of the history of the movement of Earth's plates — and the processes linked to these movements over billions of years, like mass extinction events, diamond and oil deposits, and changes in climate.

If you were to drill nearly 4,000 miles into the Earth, you'd reach its core, a ball of solid iron surrounded by liquid that scientists estimate is hotter than the sun. Before making it there, you'd hit the mantle — an 1,800-mile-thick layer of solid rock that can flow like a liquid, just substantially slower. This mantle is the reason plates move across the surface. It's why we have continents, earthquakes and volcanoes.

The closest anyone ever got to the mantle was a 7-mile-deep hole drilled into the crust on a peninsula in western Russia. But now we can better understand what's happening below by looking at Mauna Kea and Mauna Loa, Jones said.

The prevailing hypothesis has been that volcanoes like these two in Hawaii are chemical fingerprints of the Earth's composition at the deep mantle, just at the border of its core. Scientists have seismic evidence that the deep part of the mantle is a graveyard where long ago slabs of earth were subducted, or thrust underneath one another, creating separate regions with different chemical compositions that eventually made their way to the surface in a hot mantle plume, or upwelling, as the core heated the rock into magma.

But that didn't explain the separate tracks along which the volcanoes formed. By examining data from the two volcanoes, Jones and his team suggested an alternative: The chemical signature, along with this double-track volcanism as it's called, occurred 3 million years ago when the plates above the hot spot shifted direction, moving north. This shimmy rearranged zones of magma that are heated under different pressures in the shallower part of the mantle — when they cool, the volcanic rock that results reflects this difference. Previously stacked on top of one another, the movement of the plates exposed now geographically separates magma zones that fed the volcanoes individually.

"This is the first paper that I'm aware of that explains both the separation of the volcanoes and their distinct composition," said Garrett Ito, an earth scientist at the University of Hawaii.

The team also predicted that in the future, the double-tracks will come back together into a single track.

"I think both are equally plausible, but there are some tests that need to be done to confirm this recent publication," said Ito, who studies mantle processes closer to the surface.

For example, Mauna Loa contains higher proportions of an igneous rock called pyroxenite, which comes from subducted ocean crust that typically melts at deeper levels than the model suggests. And other double-track volcanoes — fueled by hot spots in the Pacific near the Galápagos, Marquesas and Samoa islands — need to be studied to confirm the new model.

But if they are right, scientists can reconstruct a history of the motion of the Earth's plates and better understand the mantle, miles from sight, that contributes to volcanoes, earthquakes and climate.

"We're getting a sample of something that existed since the Earth has existed," Jones said. "Everything's been worked over and metamorphosed and folded and bent and squeezed and stretched so many times that trying to get to what the initial rock was, is very difficult. Having these really primitive samples is amazing."