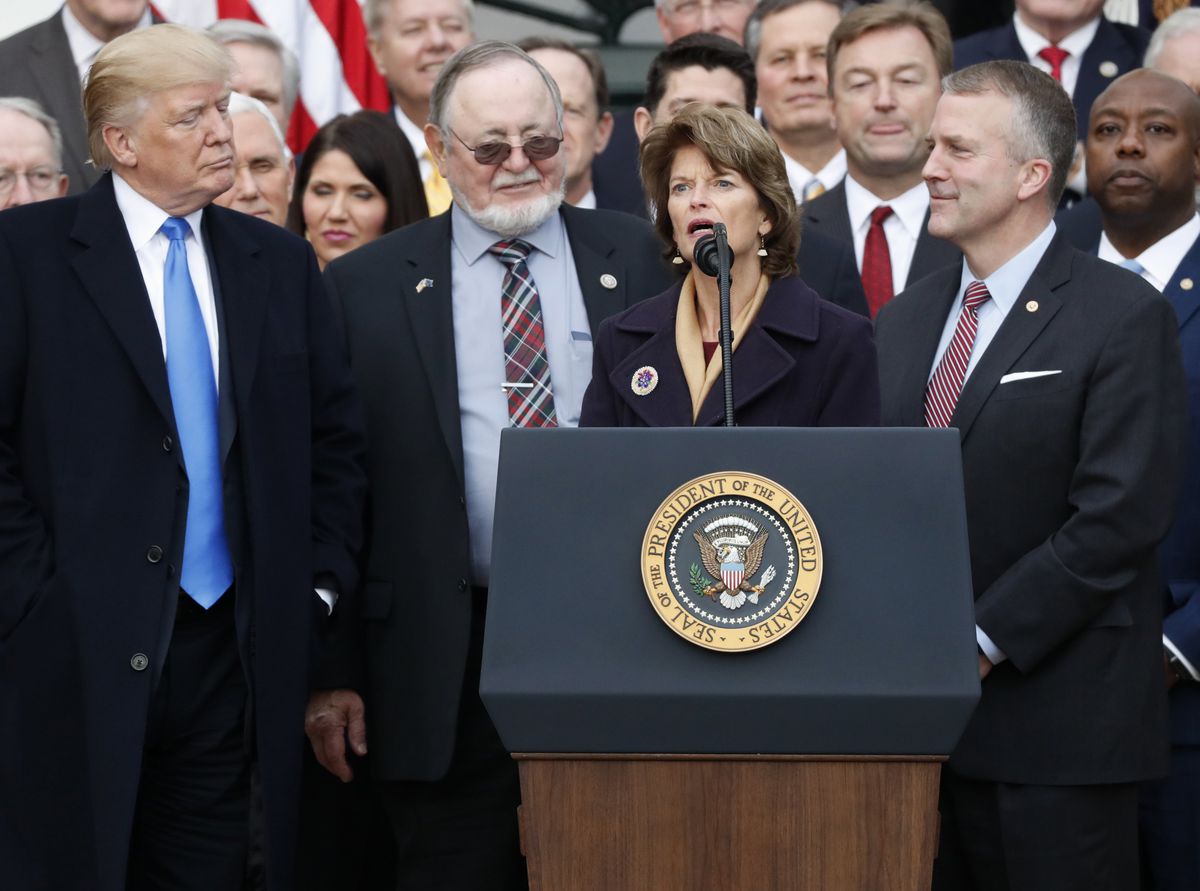 WASHINGTON – The Republican-controlled U.S. House of Representatives gave final approval on Wednesday to the biggest overhaul of the U.S. tax code in 30 years, sending a sweeping $1.5 trillion bill to President Donald Trump for his signature.

In sealing Trump's first major legislative victory, Republicans steamrolled opposition from Democrats to pass a bill that slashes taxes for corporations and the wealthy while giving mixed, temporary tax relief to middle-class Americans.

The House approved the measure, 224-201, passing it for the second time in two days after a procedural foul-up forced another vote on Wednesday. The Senate had passed it 51-48 in the early hours of Wednesday.

[What's in the tax bill, and how it will affect you]

The tax bill included a measure to open a 1.5-million-acre coastal section of the Arctic National Wildlife Refuge to drilling.

The measure, written by Alaska Sen. Lisa Murkowski, requires the federal government to hold two lease sales within seven years in a 1.5-million-acre section of the coastal plain. The first lease sale must be held within four years, and could lead to drilling and oil production.

Alaska's congressional delegation hailed the approval of the provision as a momentous victory after about four decades of failed attempts to open the coastal plain. President Donald Trump is expected to sign the bill.

"This is a watershed moment for Alaska and all of America," Murkowski said in a prepared statement from the delegation. "We have fought to open the 1002 Area for a very long time, and now, our day has finally arrived."

The "1002 area" is the coastal section as named in the 1980 law that set the area aside for possible development, with the approval of Congress and the White House.

"This is a major victory for Alaska that will help us fulfill the promises of our statehood and give us renewed hope for growth and prosperity," she said.

[The oil industry appears interested in ANWR, but how much money will it generate?]

Sen. Dan Sullivan said Alaskans have been denied the right to open the refuge for too long. The measure will help the state strengthen its communities and build a better life for the state's children, he said.

Rep. Don Young who has shepherded legislation through the House to open the refuge to drilling more than a dozen times over the decades, called the moment "historic."

"Congress specifically set aside this land to be used for responsible resource development and it was always intended to unleash America's potential energy production," he said. "Opening this area will create more jobs for Alaskans, generate future revenue for this country to pay down the deficit and keep energy affordable for American families and businesses."

Trump had emphasized a tax cut for middle-class Americans during his 2016 campaign. At the beginning of a Cabinet meeting on Wednesday he said lowering the corporate tax rate from 35 percent to 21 percent was "probably the biggest factor in this plan."

Trump planned a tax-related celebration with U.S. lawmakers at the White House in the afternoon but will not sign the legislation immediately. The timing of the signing was still up in the air.

The debt-financed legislation cuts the U.S. corporate income tax rate to 21 percent, gives other business owners a new 20 percent deduction on business income and reshapes how the government taxes multinational corporations along the lines the country's largest businesses have recommended for years.

Millions of Americans would stop itemizing deductions under the bill, putting tax breaks that incentivize home ownership and charitable donations out of their reach, but also making tax returns somewhat simpler and shorter.

The bill keeps the present number of tax brackets but adjusts many of the rates and income levels for each one. The top tax rate for high earners is reduced. The estate tax on inheritances is changed so far fewer people will pay.

Once signed, taxpayers likely would see the first changes to their paycheck tax withholdings in February. Most households will not see the full effect of the tax plan on their income until they file their 2018 taxes in early 2019.

In two provisions added to secure needed Republican votes, the legislation also allows oil drilling in Alaska's Arctic National Wildlife Refuge and repeals the key portion of the Obamacare health system that fined people who did not have healthcare insurance.

"We have essentially repealed Obamacare and we'll come up with something that will be much better," Trump said on Wednesday.

Democrats have called the tax legislation a giveaway to the wealthy that will widen the income gap between rich and poor, while adding $1.5 trillion over the next decade to the $20 trillion national debt, which Trump promised in 2016 he would eliminate as president.

A few Republicans, whose party was once defined by its fiscal hawkishness, have protested the deficit-spending encompassed in the bill. But most of them have voted for it anyway, saying it would help businesses and individuals, while boosting an already expanding economy they see as not growing fast enough.

"We've had two quarters in a row of 3 percent growth," Senate Republican leader Mitch McConnell said after the Senate vote. "The stock market is up. Optimism is high. Coupled with this tax reform, America is ready to start performing as it should have for a number of years."

Despite Trump administration promises that the tax overhaul would focus on the middle class and not cut taxes for the rich, the nonpartisan Tax Policy Center, a think tank in Washington, estimated middle-income households would see an average tax cut of $900 next year under the bill, while the wealthiest 1 percent of Americans would see an average cut of $51,000.

The House was forced to vote again after the Senate parliamentarian ruled three minor provisions violated arcane Senate rules. To proceed, the Senate deleted the three provisions and then approved the bill.

Because the House and Senate must approve the same legislation before Trump can sign it into law, the Senate's late Tuesday vote sent the bill back to the House.

Democrats complained the bill was a product of a hurried, often secretive process that ignored them and much of the Republican rank-and-file. No public hearings were held and numerous narrow amendments favored by lobbyists were added late in the process, tilting the package more toward businesses and the wealthy.

U.S. House Speaker Paul Ryan defended the bill in television interviews on Wednesday morning, saying support would grow for after it passes and Americans felt relief.