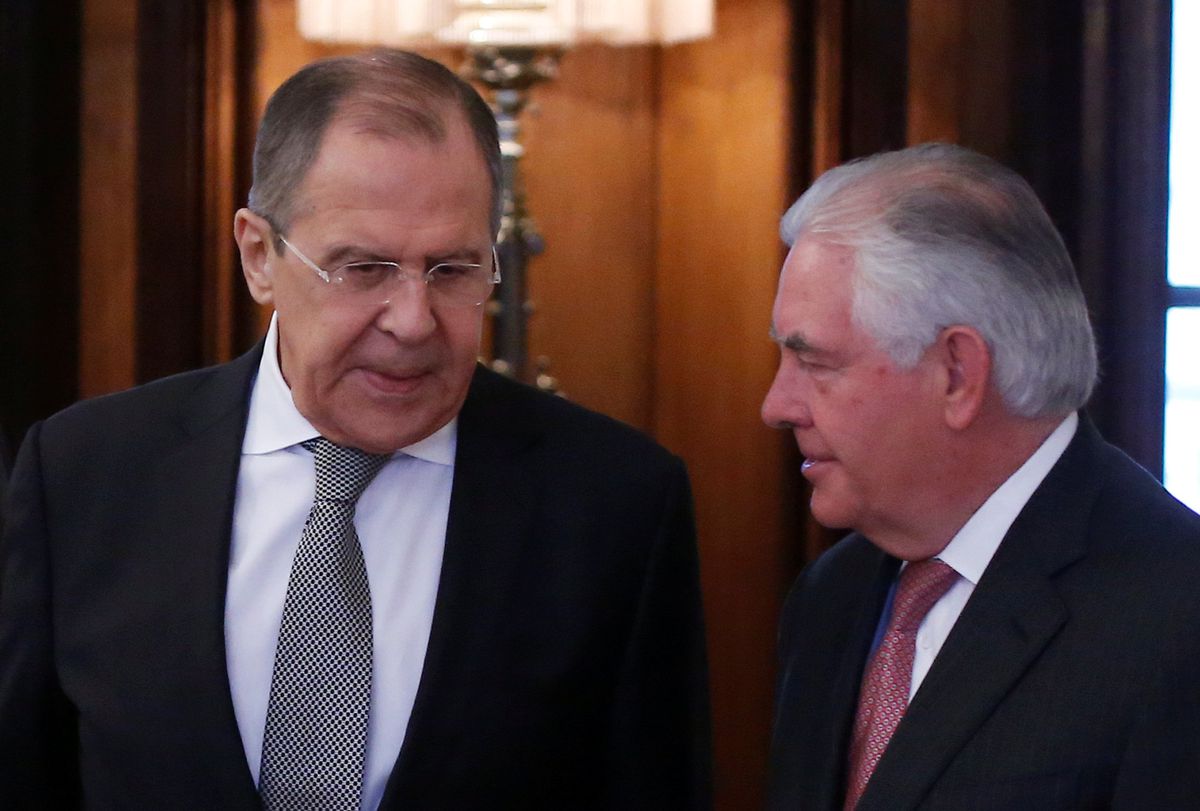 Secretary of State Rex Tillerson's attendance at the Arctic Council ministerial meeting in Fairbanks this week, as the United States hands over the council's chairmanship to Finland for the next two years, draws national and global attention to the region.

As the ministerial in Fairbanks marks the end of the American chairmanship that began in 2015, one of Tillerson's main roles in Fairbanks will be to showcase the accomplishments of the former Obama administration's two-year "One Arctic" agenda that was largely focused on climate change.

As paradoxical as this situation may seem for the Trump administration, however, Tillerson's attendance at the ministerial suggests that the State Department's senior staff have been persuasive enough to make the case that the Arctic Council remains a key institution aligned with the U.S. national interest.

The key question now is whether Tillerson's attendance at the ministerial in Alaska is a one-off event or rather an indication that Trump's foreign policy in the Arctic will keep the pace of American bilateral and multilateral engagements of the past several years.

Climate change and the prospect of increased human activity in the circumpolar world seems to have altered how the U.S. federal government perceives the Arctic, as well as the United States' role in the region.

In the wake of the planting of a Russian flag at the middle of the Arctic Ocean in 2007, the region became an issue of increasing importance for the Bush administration, which in 2009 released a new U.S. Arctic policy. (Before that, U.S. Arctic policy had not been reviewed since the early 1990s.)

Bush's policy reaffirmed and expanded the core priorities from his predecessor Bill Clinton to reflect the climatic and geopolitical changes that were occurring. Faced with an emerging blue-water Arctic Ocean in America's Far North, this policy stressed the need for greater cooperation with other nations.

Released just before Bush exited the White House, the policy was left to Barack Obama to implement. Obama's administration enacted the 2013 National Strategy for the Arctic Region, and its ensuing Implementation Plan and Framework.

Because of Bush's Arctic policy and Obama's implementation strategy, Washington has been collaborating ever more closely with its northern neighbors, including Russia, through various agreements that set precedent for U.S. foreign policy, including search and rescue, marine oil pollution, high seas fisheries regulations, and shipping.

This week in Fairbanks, the Arctic Council is expected to adopt a new legally binding agreement on scientific cooperation — the third such binding document signed under the council's auspices.

These new agreements that are multiplying between the Arctic states expand the governance structure that keeps the channels of dialogue open between all Arctic nations, especially the United States and Russia, who maintain a stable relationship in the area. Most of all, they provide practical measures that support the interests of northerners across the circumpolar north.

In the North American Arctic, cooperation between the United States and Canada has also expanded over the past several years with new collaborations such as the Tri-Command Framework of 2012 designed to enhance regional military cooperation between both countries at a time of emerging security and safety issues. In 2016, President Obama and Prime Minister Trudeau had announced a common North American vision for the Arctic through their Joint Statement on Climate, Energy and Arctic Leadership.

But with Obama gone, and a new president who has made skeptical statements on climate change, it is obvious that vision will be shelved.

Common ground between Trump and Trudeau is more likely to be found on issues of economic development in the North American Arctic, rather than climate change.

A renewed Canada-U.S. shared vision that would be appealing to both Trump and Republicans, as well as Trudeau, might focus on ways to approach and promote Arctic infrastructure building such as transportation networks and tourism, increased cross-border economic linkages between Alaska and the Canadian territories, and foreign investment.

As climate change continues to transform the north, U.S. involvement in multilateral cooperation will continue to grow as new regional challenges appear.

The expansion of Arctic governance is an indication that it is in the interest of the U.S. to maintain a cooperative approach in a region where multilateralism enhances U.S. national security, and where diplomacy reinforces stability.

Since the early 1990s, Democratic and Republican presidents have progressively learned how burden-sharing through multilateral cooperation in the Arctic brings mutually reinforcing benefits to all actors involved. Doing otherwise in the era of climate change is not only irrational, it would be detrimental to U.S. national security and American interests.

Hopefully for northerners, Tillerson has understood that, and will seek to make Arctic cooperation a high priority for the Trump administration.

Joël Plouffe is a managing editor of the Arctic Yearbook and a fellow at the Canadian Global Affairs Institute. He tweets at @joelplouffe.

The views expressed here are the writer's and are not necessarily endorsed by Alaska Dispatch News, which welcomes a broad range of viewpoints. To submit a piece for consideration, email commentary@adn.com.