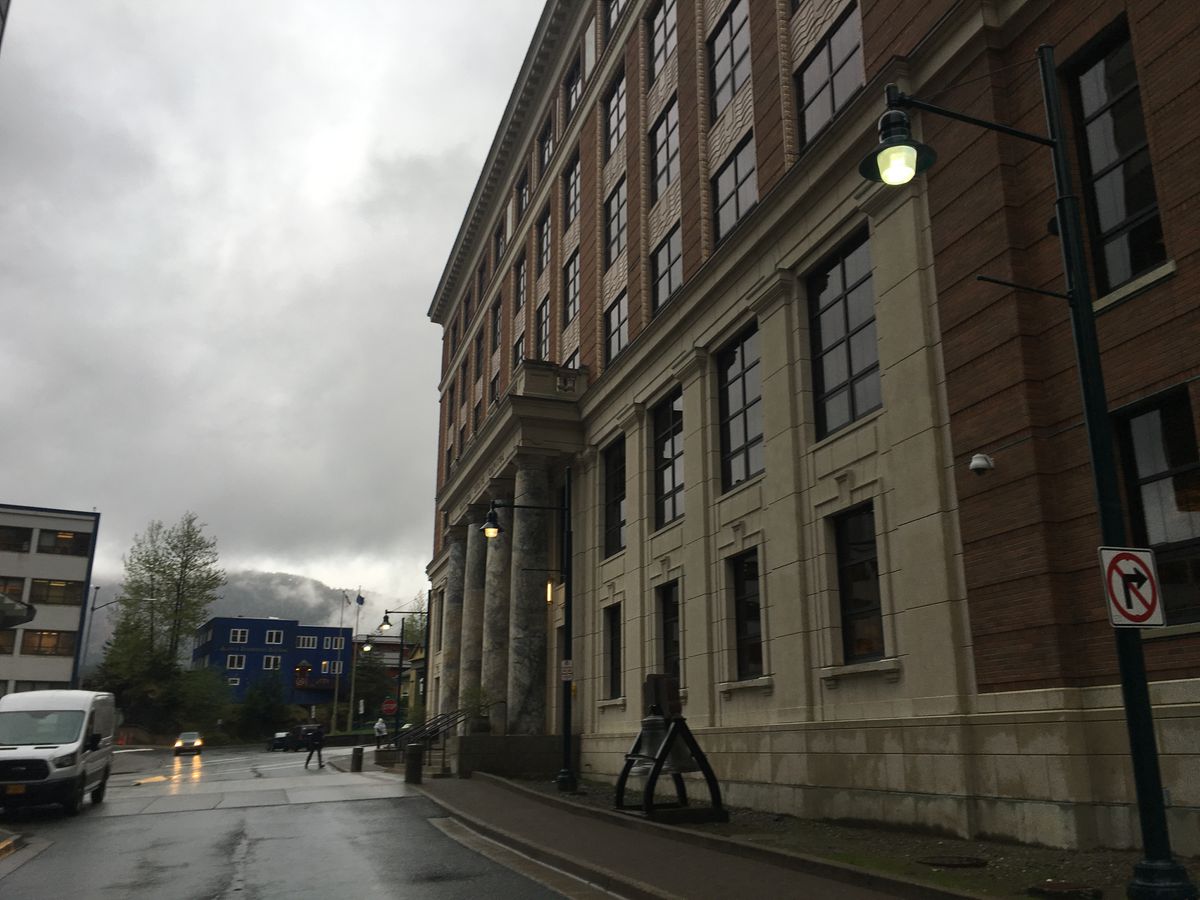 Free money flows into various pots. Legislators split the pots up according to their politics. (That's what all the secret negotiations are for.) Then everyone congratulates one another and goes home to run for re-election.

This year's session feels like a return to normal. The Legislature adjourned before the first Copper River king salmon was caught. Legislators will forgo months of per diem checks they have collected during three years of extended sessions so they can get home earlier and campaign.

Still faced by a $700 million deficit, they increased spending by $433 million. That's what it takes to "get out of town," as they say. Something for everyone.

But this only feels normal because we've lived under an abnormal system for so long. Alaska's political system has forgotten how to solve problems or adapt to change.

I wish that was all the politicians' fault, but it's not. The Legislature represents Alaskans. We're a fractured state without the collective will to prepare for the new world we are entering.

Alaska faces exactly the same problem we faced more than three years ago with the loss of oil money powering our economy and government.

Legislators have changed the labels on their pots of money, but the long-term structural deficit remains. To prepare for this year's elections, they increased spending and refused to impose new taxes.

It may be a good strategy for re-election. That's for us to decide in November.

In some ways, the problem has gotten worse. While improvising their way through the crisis, the Legislature and governor abandoned traditions that had limited the pots of money they could spend. Now everything is at stake whenever the Legislature is in session.

From now on, each year's Legislature will set the amount of the Permanent Fund dividend and decide how much of the fund's Earnings Reserve to spend on services and capital project goodies.

Again, it's up to Alaskans. They're spending to buy our votes this fall.

The Democratic-led coalition in the House tried hard last year to fix the deficit with an income tax and increased oil taxes. It was a rare moment of representatives trying to get the body politic to eat its vegetables.

The Republican-led Senate refused. Senate President Pete Kelly, R-Fairbanks, one of the smartest guys in the building, figured out the power of "no." Like a toddler in a high chair, he wouldn't take one bite of the House's vegetables.

[Can the Alaska Legislature 'get to yes' on taxes? Senate president says he's 'getting to no.']

Senators from deep-red districts in Mat-Su, Fairbanks and the Kenai Peninsula chose Kelly to lead them. Most apparently like his unique form of conservatism, where everyone gets free stuff.

Former Sen. Mike Dunleavy is leading Republican candidates for governor with that gimme-conservatism. It's just like socialism but without the taxes.

With no deal on revenue possible, deal-making turned to spending. The budget adds spending for schools, the University of Alaska, the Alaska Marine Highway, public safety, tourism marketing and other services that Democrats usually want.

A lot of those services are badly needed. But the Senate also put in money for pure waste.

During the big oil money years, the state spent billions on megaprojects it couldn't afford to finish. That's part of legislative divvying-up. It doesn't matter if spending is justified, only who is making the deal.

We spent many millions planning a Juneau Access Road that wouldn't connect to anything. The plans said the project would deliver 28 cents in public benefit for every dollar it would cost.

We spent more than $100 million on studies of a Knik Arm Bridge that would cost $1 billion or more to finish, but wouldn't shorten the drive time between any two populated areas.

This year's budget renews the hemorrhaging on those projects with a $25 million appropriation, less than 2 percent of the money needed to finish them.

Don't count on the rest of the money appearing.

Oil prices are up a little because of conflict with Iran and other international issues, but that's transitory. U.S. shale oil producers have already upped their production at record levels, which should drive the price back down.

New technology has changed the oil market. Alaska will continue to produce oil for a long time, but the years of huge revenue will not return. New finds will be produced, but that oil will sell for much closer to the cost of production than in the past.

After the adjournment, Gov. Bill Walker enthused that Senate Bill 26 closed most of the deficit by spending a percent of the market value of the Permanent Fund from the Earnings Reserve.

But SB 26 only redirects money the state was already receiving. Before, it accumulated in the Earnings Reserve. Now it will be spent.

And the percent draw doesn't limit the Legislature. Legislators didn't pass a constitutional amendment, which would provide a real limit, only a statute. The Legislature can change a statute by majority vote at any time.

Like, maybe, the next time deals need to be made to "get out of town."

Voters may support that. When folks see their favorite projects and services funded, they may reward legislators who increased spending but didn't raise revenue.

In other states, leaders have to balance spending against what the public is willing to pay for. They don't have a choice.

Here we now have a pinata called the Alaska Permanent Fund Earnings Reserve. Legislators scramble on the floor for the falling candy on our behalf. Or, they will while it lasts.

The largest part of the big budget increase this year — about $300 million of it — was to increase the Alaska Permanent Fund dividend by $500 per Alaskan.

You'll get your share in October, right before the election.