Patients are misplaced and suffering in Alaska’s mental health crisis 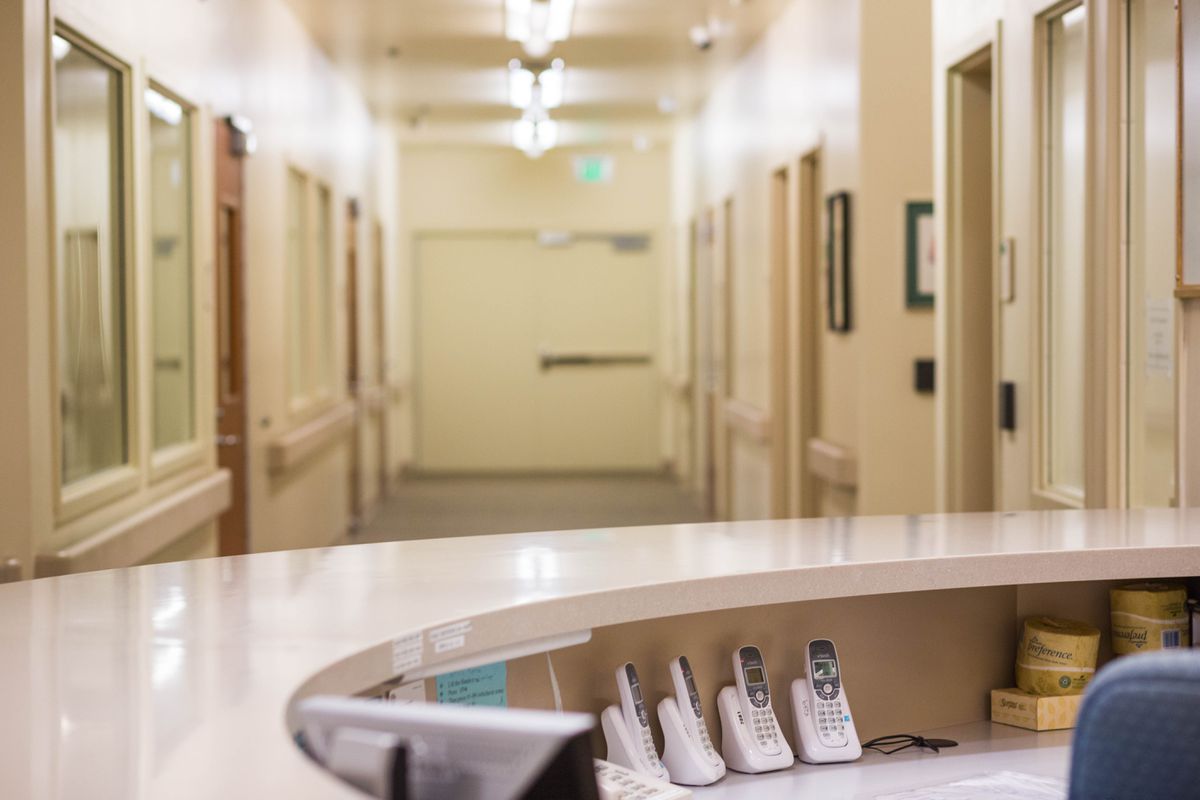 The Alaska Psychiatric Institute was serving only 45 patients out of its capacity of 80 beds due to staff shortages as of Thursday. A half-dozen patients have been diverted to jail for no fault other than their illnesses.

This is a humanitarian crisis for health care access and for the quality of care as well. Mentally ill Alaskans are waiting weeks or even months for appropriate care.

I've been reporting on this for three years, but it has gotten progressively worse. Some of the issues were known and some are still coming to light, as the state of Alaska has hidden its faults and officials long avoided asking for help.

In the last five weeks, the state's entire chain of command above API is new, from the hospital's head through the commissioner of Alaska's Department of Health and Social Services. The new team is calling the situation an emergency, but still says staffing up API could take six months.

Disturbingly, they don't know how many patients are affected. Finding out where patients are is an uncompleted task in the emergency.

"We would not necessarily be aware of where everybody would be when they are entering into the system," said Gennifer Moreau-Johnson, acting director of the Division of Behavioral Health.

I spoke to Health and Social Services Commissioner Jay Butler, along with Moreau-Johnson and three other senior officials Thursday. They didn't want to admit that API patients were diverted to jail, although Butler said a "rumor" of that influenced the department's decision to set up an Emergency Operations Center on Oct. 13.

But the Department of Corrections rapidly confirmed Thursday that six non-criminal patients were held in its facilities, "since API went on divert October 5," although none are there now.

And those are only people facing civil commitment — individuals who have done nothing wrong but need evaluation as a danger to themselves or others. Corrections also is holding 30 people charged with crimes but who have not been tried pending API evaluation or restoration of mental fitness.

Some of those people have spent more time in jail waiting to be seen by API than if they were simply tried, convicted and served sentences for the crimes they were accused of, said David Fleurant, director of the Disability Law Center of Alaska.

And many other patients are waiting in emergency rooms. Some have sat 12 days in tiny, sensory-deprived rooms designed for stays of 24 hours or less in the psychiatric ER at Providence Alaska Medical Center, said Dr. Dan Safranek, the medical director.

The overflow of mental health patients has filled beds and overwhelmed staff in Anchorage and Fairbanks hospital ERs, causing regular medical cases to stack up in their waiting rooms.

"This really does feel like a huge state crisis. This needs to be solved. Come on, it's ridiculous," Safranek said.

Quality of care is also an urgent issue.

This week I received copies of inspection reports on API from May and July by the federal Centers for Medicare and Medicaid Services, known as CMS, which document serious violations of patients' rights and the quality of their treatment.

[Read: CMS citations and API responses from May 2018 and July 2018 inspections]

The May report contained two mishandled incidents of sexual conduct or assault by patients. In one case, a patient was raped in a large room in view of a nursing station, but the station was unstaffed. Unmanned posts and unobserved areas were a recurring theme of the violations.

No charges could be brought in the rape because the victim couldn't speak coherently about what had happened, the report said. She believed she had been raped by ghosts.

In another case, a supposed sex offender had sexual relations with an elderly patient. That perpetrator was rapidly released without proper arrangements for follow-up.

CMS's report documented confusion and errors by the patient's doctor and a staffer, who were mixed up about the perpetrator's identity, treatment and criminal record.

The reports contain other serious patient care problems, too.

API is responding to the violations by adding staff and improving training and oversight, and with other actions detailed in a plan of correction, said the hospital's new CEO, Duane Mayes.

On Wednesday, Butler, the new commissioner, emailed department employees with a list of actions addressing the crisis, including adding 102 positions at API, a contracted Crisis Stabilization Center in Anchorage, a proposal from the private North Star Behavioral Health system to take patients, and more support and coordination with hospital emergency rooms.

State officials would not provide information about the North Star proposal. After writing about the quality of care for youths at North Star in June, I wonder about that solution.

My column elicited scores of reader emails with similar allegations and worse, which the ADN is still investigating.

The state could also relieve pressure by improving community mental health services that keep people out of the hospital.

Those services have shrunk in communities all over Alaska due to state funding reductions, workforce shortages, and the state's transition to a new Medicaid reimbursement system, said Mike Abbott, director of the Alaska Mental Health Trust Authority.

I contacted each of the major party candidates for governor to ask what they would do about the crisis. Over 48 hours, Republican Mike Dunleavy did not respond. Democrat Mark Begich said the mental health crisis is one of the top issues he hears about as he campaigns.

Begich said he would expand Medicaid eligibility for counselors and pursue other ideas to increase outpatient services. He also supports a new mental health facility in Fairbanks. And he would increase the education of mental health providers.

All of that would take investment and continuing acceptance of Obamacare Medicaid expansion, which Begich said he supports.

I've heard from many readers who are disturbed and worried about this crisis and the misery it is creating for people who need help. If this were an earthquake or flood, we would be doing more.

I hope the crisis will finally create the urgency for real solutions.