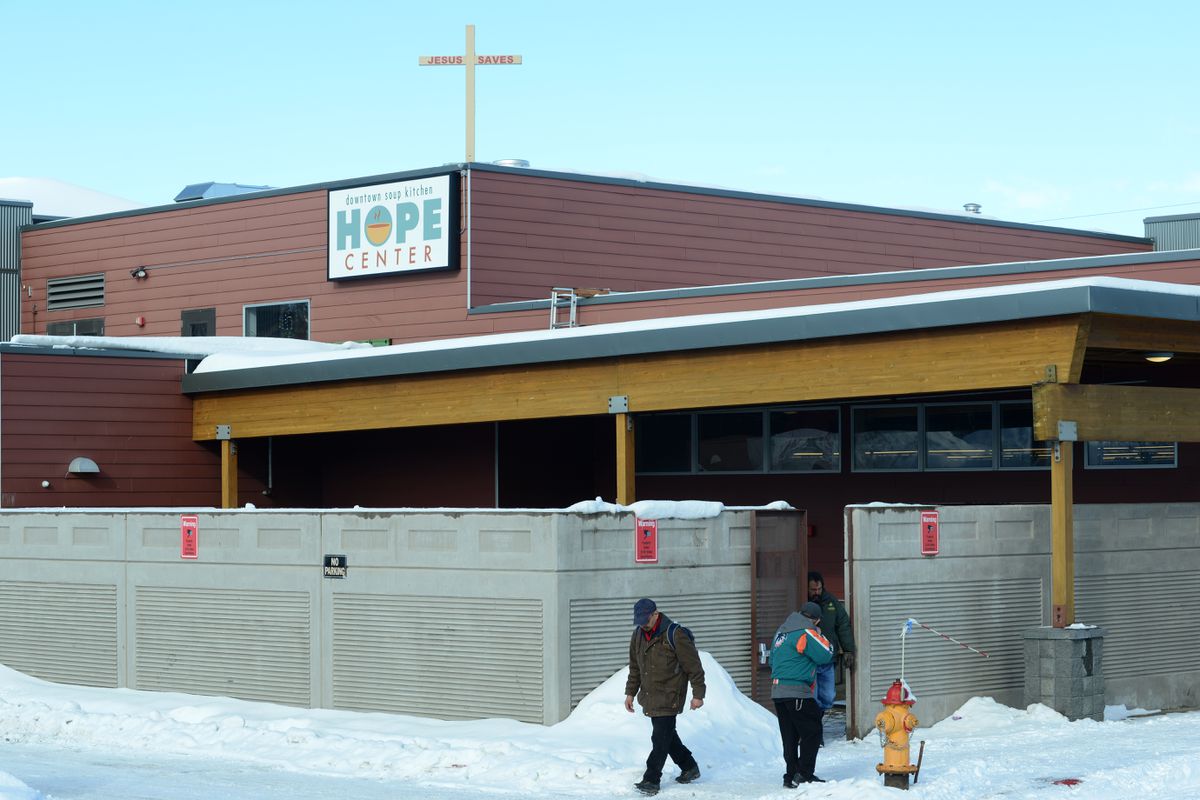 These are the words of a rape survivor, a woman who has found refuge at the Hope Center’s women’s shelter because she can’t sleep if she knows a biological man has access to the room where she rests and where women sometimes change. The presence of any biological man in that setting causes her severe emotional and physical distress. She can’t breathe and must leave the situation — even if that means sleeping outside.

She tried staying at other shelters in Anchorage, but trying to sleep around men — or just being near drunk and aggressive men in that vulnerable setting — triggered her past trauma and left her gasping for breath. And she is not alone. Many women at the Hope Center experience similar trauma.

But that experience changed when she found the Hope Center. It was different. The Hope Center had rules. It was clean and sober. And it was safe. The Hope Center slowly gained her trust for being a safe and structured place — one with a sense of family, a deep faith, and an obvious respect for Anchorage’s battered, trafficked and vulnerable women who had nowhere else to go. That’s why she came and has continued to come to the Hope Center. It’s why she’s stayed and is now working on her GED, planning a future where she will find a job and a home of her own.

That’s why Hope Center, through its Alliance Defending Freedom attorneys, is standing up for its rights to serve these battered women in a way that’s best for them and consistent with the center’s religious beliefs of protecting the vulnerable.

The details of the story really matter here. Anchorage has taken its dangerous stance based on a complaint from a biological man who identifies as female. The individual, “Jessie Doe,” came to the Hope Center clearly intoxicated and clearly injured. Doe was agitated and aggressive. Hope Center Executive Director Sherrie Laurie spoke with Doe, saw the open wound over Doe’s eye, and encouraged Doe to go to the hospital, even paying for the taxi to the emergency room.

Doe then filed a complaint with the Anchorage Equal Rights Commission, alleging sex and gender identity discrimination against the Hope Center. Laurie later learned that, before coming to the Hope Center, the police had picked Doe up from another homeless shelter where Doe had started a fight. The other shelter had even banned Doe from returning until July 4.

In the months that followed, the commission investigated and pressured the Hope Center to change its women’s shelter policies. This continued even though the investigation uncovered no evidence of past discrimination and despite the fact that the Anchorage ordinance in question specifically exempted homeless shelters.

Since then, Anchorage has insisted on targeting the Hope Center; but the Hope Center has served neighbors for more than 30 years. By day, the Hope Center provides food, shower, and laundry services, and also job skills training to any man or woman in need, no matter their status, no matter their gender identity. It serves 450-600 cups of soup daily and 142,000 meals annually. In fact, Doe himself has benefited from the Hope Center’s free food and showers. And Doe is welcome to come back and use those daytime services again. The Hope Center seeks to love and serve everyone.

And that continues at night. It’s just at night, the Hope Center becomes a women’s-only shelter to fill a deep need in the community to help homeless women who have been beaten, raped, trafficked and emotionally and physically abused. In fact, nearly all the women who stay at the Hope Center’s overnight shelter have been abused by men.

The Hope Center should be allowed to continue to provide these women with the safe place they need and deserve. Anchorage has no business targeting the Hope Center and gains no real benefit from forcing the Hope Center’s doors open so wide that battered women feel more comfortable sleeping in the woods.