Does the governor want to slash Alaska’s population like its budget? 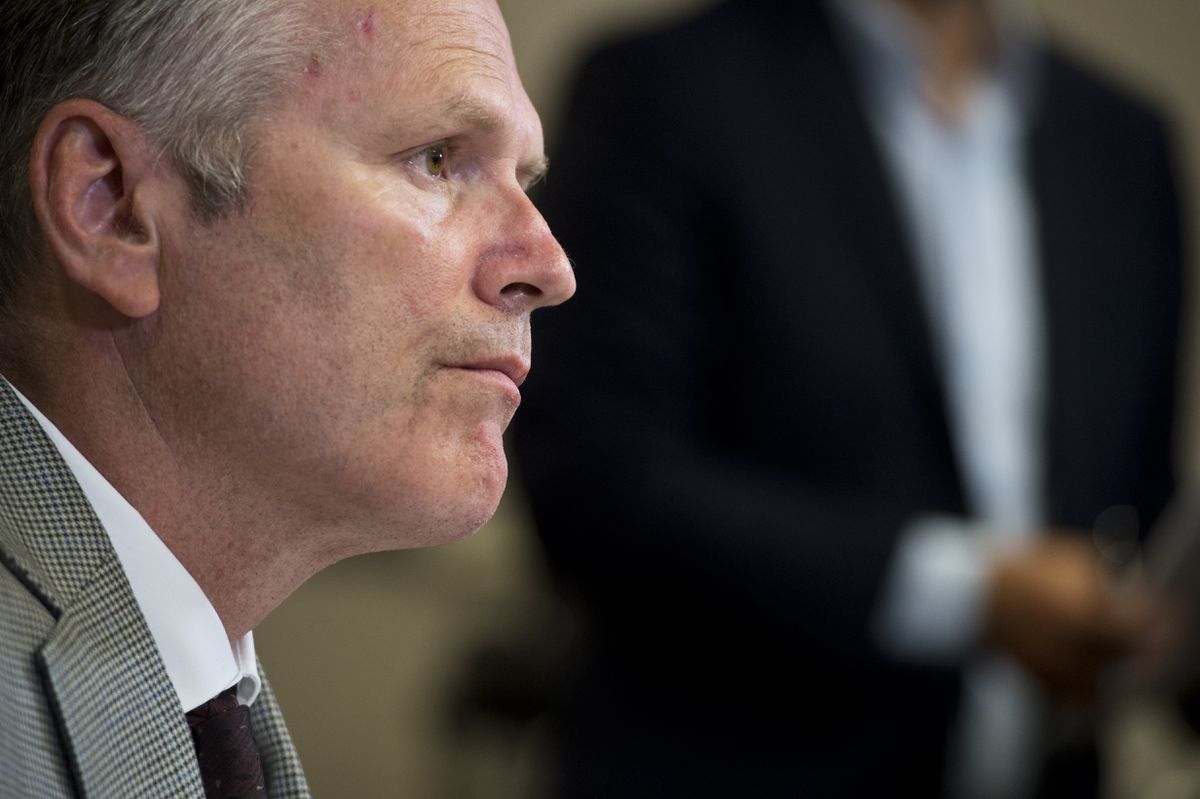 Is a desire for a much less populous Alaska a major motivation behind Gov. Mike Dunleavy’s budget vetoes?

The governor has said that his deep budget cuts reflect the state of Alaska’s much lower oil revenues since 2014, along with his confidence that putting our fiscal house in order will attract investment.

Those assertions run headlong into inconvenient facts. First, the state of Alaska has other fiscal options, which include less drastic budget cuts made over a longer period, a restructuring of the uses of the Permanent Fund earnings, broad-based taxes such as income or sales taxes, and/or changes to the oil tax system.

Second, business experts warn that the Dunleavy meat ax will hurt, not help, the Alaska economy and bring a recession.

Substantial evidence suggests that the governor’s budgetary choices aim at least in part at producing a population much lower than Alaska’s current 735,000 people.

While a state senator, Dunleavy told a reporter that Alaska needed to have 100,000 fewer people. This statement implied a 14% drop in the population.

A high-ranking official in the Dunleavy administration told a business executive this year that Alaska would be better off if the state’s population was 300,000 smaller, as that number of people would be one that the economy could support. This statement implies more than a 40% drop in the population.

Such population declines in Alaska require massive out-migration coupled with depressed in-migration, a pattern last seen in the mid-to-late 1980s. The one Dunleavy administration official I have personally spoken with about these reports has specifically denied that the administration seeks a major population drop in Alaska.

Beyond the size of the governor’s desired population for Alaska, there are also the question of its composition. Under this scenario, who are the people left on the Last Frontier?

A longtime political observer has said Gov. Dunleavy seems to believe that it would be the poorest people who would leave Alaska in a crash. The governor’s vetoes do seem to cruelly target the most vulnerable Alaskans, given the slashing of funding for Medicaid and other services. The idea that the governor’s vetoes would disproportionately drive out the poorest people is just silly, however. Many of the poorest Alaskans have some of the deepest roots in the state, and the poorest Alaskans couldn’t afford bus fare to the airport, much less buy a ticket out of here.

Less silly, however, is the idea that gutting the University of Alaska — and decimating funding for K-12 education, the obvious plan next year — will help drive the better-educated people out of Alaska. It’s the people with options who are more likely to leave Alaska when the state economy goes into recession. The governor’s proposal to hack funding for research — an element of the university that draws in $6 for every dollar spent by the state of Alaska — especially seems to show a desire to start a brain drain.

An oil industry executive has also noted that chopping funding for the University of Alaska may well drive Democrats out of Fairbanks — where the university plays a particularly big role in the economy — and thereby create more Republican seats in the Legislature.

The governor’s vision of how many people — and what kinds of people — should live in Alaska could loom in the recall effort, particularly for more traditional Republicans who voted for Dunleavy last November. A much smaller population for Alaska would make it hard for many businesses to keep open; it would also be difficult to sell a home. What kind of state do you want?

Cliff Groh has observed and participated in the debates regarding Alaska fiscal policy for almost 40 years. He was a legislative assistant who worked primarily on the legislation in 1982, creating the Permanent Fund dividend Alaska has today. As Special Assistant to the Alaska Commissioner of Revenue in 1989, he was heavily involved in the successful effort to increase revenue from oil taxes.