Dunleavy’s budget vetoes would pull Alaska back into a recession, economist says 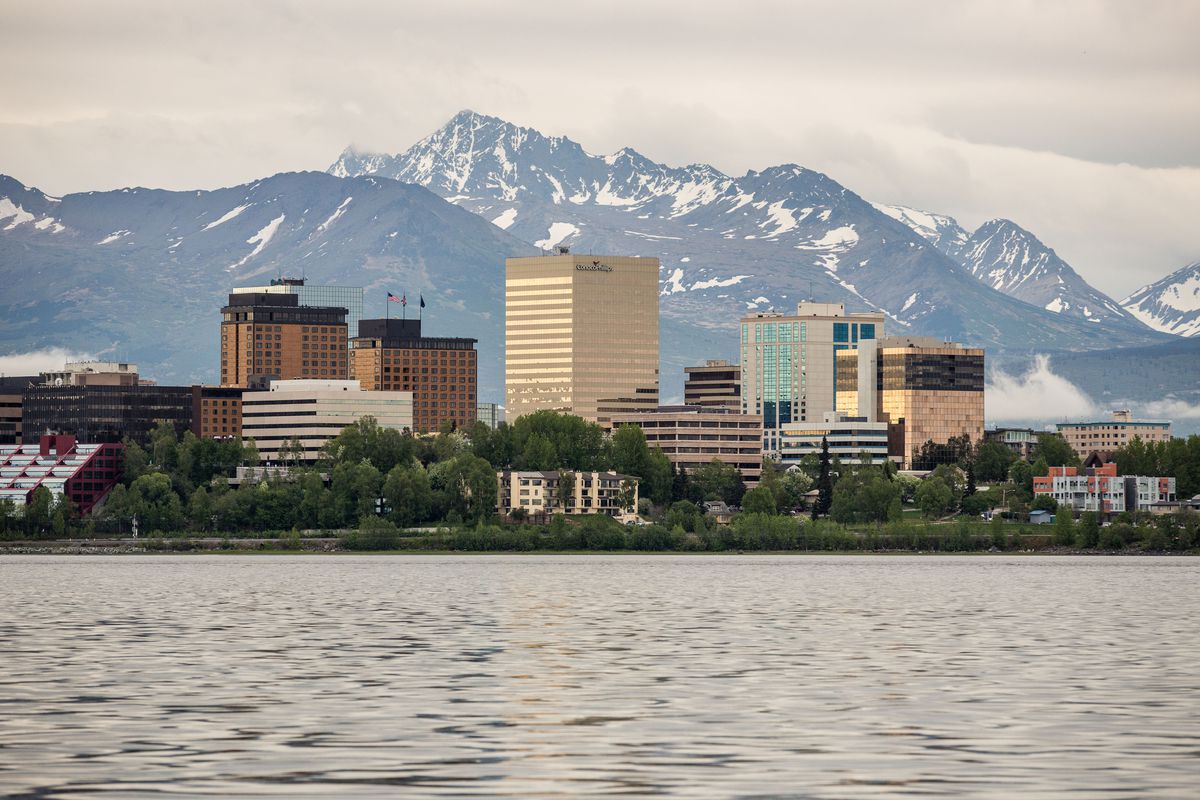 Alaska’s economy stands to lose about 4,200 jobs in the short-term wake of Gov. Mike Dunleavy’s vetoes to the state budget, and the state will be pulled back into a recession if those cuts stand, an economist said Monday.

Long-term consequences of the vetoes could be even more pronounced for the state economy, which has seen modest job growth in recent months after three years of a downturn, University of Alaska Anchorage economist Mouhcine Guettabi told a room full of business leaders.

He spoke to members of the Anchorage Chamber of Commerce at the Dena’ina Civic and Convention Center on the same day that the Alaska Legislature convened in a historic special session, with some lawmakers meeting in Wasilla and some meeting in Juneau. House and Senate leaders announced they’ll consider overriding Dunleavy’s budget vetoes in a joint session Wednesday at 11:30 a.m.

Of the estimated loss of 4,200 jobs, about 2,000 would be tied to the massive budget cuts to the University of Alaska system, according to a UAA economic analysis released Monday on which Guettabi was one of the authors. Those figures take into account both direct employment losses, such as university layoffs, and indirect losses, such as reductions in spending by people and organizations affected by the cuts.

Jobs losses tied to cuts to Medicaid and mental health programs would be the next biggest, with a loss of nearly 900 jobs, the analysis found. The remaining losses would be spread out among other sectors.

The projected employment loss would come at a delicate time for Alaska’s economy. The state went into a recession in late 2015, driven by low oil prices. That was the longest downturn Alaska has ever had, though it was not the deepest in terms of the magnitude of jobs lost.

October marked a turning point, when job growth returned. But that growth has been small and wouldn’t be enough to offset potential negative effects from the budget vetoes.

“Just the (university) cuts cancel out any gains that are coming in from other sectors in the economy,” Guettabi said.

Recent consecutive months of jobs gains have not made up for what was lost in the last few years. Alaska had about 11,600 fewer jobs in May this year than it did in May 2015.

“We can say that the recession has ended,” Guettabi said, “but we are very far away from a full employment recovery.”

The estimated 4,200-job loss does not take into account new jobs that could be created by the full Permanent Fund dividend of about $3,000 that Dunleavy wants to pay out to Alaskans. Those would be retail jobs that last two to three months, Guettabi said, if people go out and spend that money.

“I can tell you they would not come anywhere near the 4,200 jobs” that are expected to be lost, Nolan Klouda, executive director of the Center for Economic Development at UAA said in an interview Monday. He was the other author on the economic analysis released this week.

Short-term job losses from the budget vetoes are easier to measure, but the long-term effects are “probably more worrisome,” Klouda said. More people will likely move out of the state, the analysis found, and falling university enrollment could lead to “brain drain” if more students attend school elsewhere.

“There’s more risk to the future Alaska economy," Klouda said. “If you talk about structural changes to the economy, like the loss of skill in the workforce ... they’re much harder to recover from.”

At the Anchorage Chamber luncheon where Guettabi gave his presentation, audience members had an opportunity to submit written questions for him. One asked: “If the administration’s budget passes, no veto override, then who benefits the most from this?”

“I have no idea,” Guettabi said. Some people in the audience chuckled.

Another similar question read: “How do we outlast it if the Legislature doesn’t override?” Guettabi responded that he was “not qualified” to answer that, and more people laughed.

The Anchorage Chamber of Commerce has not said where it stands on Dunleavy’s vetoes. The organization’s board is “evaluating a position” on the matter, chamber president Bruce Bustamante said in an email Monday.

The Alaska Chamber, which represents businesses statewide, “doesn’t have and at this juncture does not plan to take a position on the vetoes,” president Kati Capozzi said in an email Monday.

In a note to its membership last week, the Alaska Chamber said the top two fiscal priorities introduced and supported by members are to “support reduction of spending to sustainable levels” and “support a meaningful cap on operating budget expenditures,” Capozzi said.