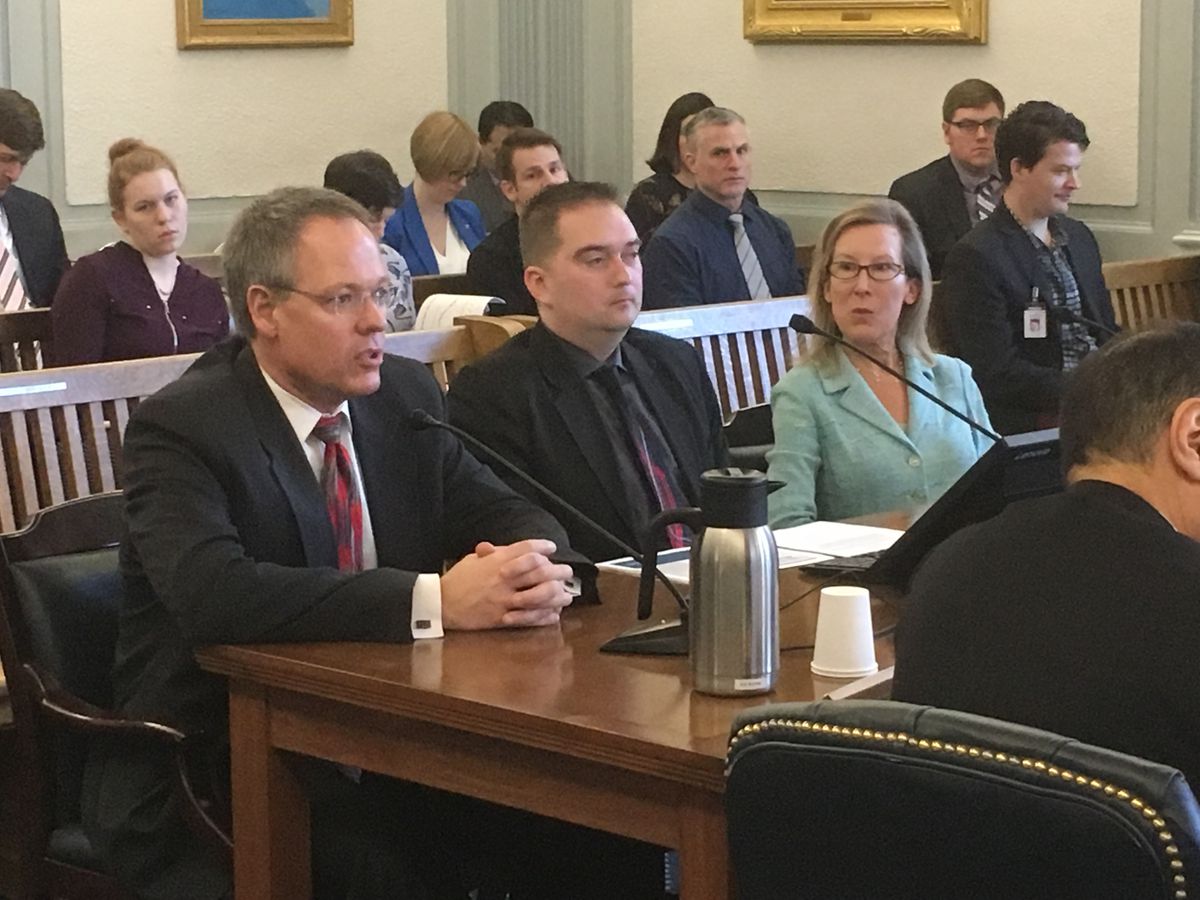 I know this message may be getting old for some, but many Alaskans have lost perspective on the positive position we find ourselves in. Yes, we’ve suffered through some serious “political paralysis” during the past year, but the message is worth repeating.

Alaska truly is blessed with amazing resources and a healthy balance sheet. Our Permanent Fund is approaching $70 billion and spins off annual revenue supporting 50% of government spending, as well as a cash dividend to every Alaskan that qualifies. We are expecting final investment decisions in the near future on two projects that will add 250,000-300,000 barrels of oil per day to the trans-Alaska oil pipeline. We are the envy of most states and many small countries for that matter! The frantic, sometimes unhinged debate that has taken place over the past year would lead outsiders to think our economy is on par with many of the bankrupt states in the Lower 48. Nothing could be further from the truth.

While painful, this healthy debate over the past year is necessary and was a long time coming. Like it or not, Gov. Mike Dunleavy did exactly what he campaigned on: reduce the massive size of government, fight for a full Permanent Fund dividend and not take hard-earned cash from your pocket through new tax schemes. Gov. Dunleavy still believes in these principles. During the past several decades, we have been blessed with the ability — and cash! — to be all things to all people. Many have come to realize that we had one helluva run, but things must change. Many others think this gravy train can just keep on chugging. However, Alaska can no longer afford the budgets that were constructed and funded through one revenue stream over the past 30-plus years.

The discussion is turning more and more toward taxes. I’ll admit that I’m on the record stating that someday Alaska will have a broad-based tax. However, I always followed up that opinion by stating this decision should be years if not decades down the road, well past my tenure as Commissioner of Revenue. Step one must continue to be fiscal discipline in order to get our spending habits adjusted. That must be accomplished well before we implement any sort of tax. My concern is that once a tax is on the books, the budget in place at that time will be the new base going forward. Cutting below that will be nearly impossible and the budget will only go up from there. I believe our population and workforce is far too small to provide the level of revenue we would need to extract from working Alaskans in order to continue a “business as usual” approach to budgeting, which includes the PFD. We’ve all heard the many angles and perspectives on the PFD: it’s a God-given right; it’s a welfare check; it’s free money; reducing it is a “tax;” it’s our birthright. Regardless of where you stand on the PFD issue or government spending in general, it all comes down to math. The math is simple, but unfortunately does not balance despite the governor’s best efforts: Government spending/services plus the PFD does not equal currently available revenue. I give Gov. Dunleavy tremendous kudos for tackling the government spending issue and trust he will keep up the battle he has undertaken.

As the Commissioner of Revenue, I look at any potential tax implementation and its interaction with the current revenue streams and budget expenditures as a fairly simple exercise. The politics and policy are extremely difficult, but the math is simple. A new tax means the department I’m responsible for will have to stand up a bureaucracy in order to extract revenue from the private sector. Or, in the case of an oil tax change, it will take more money from the companies that are willing to invest the billions we as a state do not have, yet is required to monetize our resources. Any new tax will be used to sustain this unsustainable budget, as well as provide the revenue to distribute PFD checks every October, as the Department of Revenue has done for 38 years.

When I accepted the job of Revenue Commissioner, I did so based on a path forward in which the math equation allowed for the available revenues to be split between a healthy but reduced government and provide net-positive revenue to Alaskans through the PFD. It is apparent that many have not accepted the realization that our three decades of spending patterns cannot continue.

I have loved serving the state of Alaska and Gov. Dunleavy as Commissioner of Revenue. I’ll never forget the very sage advice Gov. Dunleavy gave to his commissioners at one of our first cabinet meetings. To paraphrase, he said, just run our departments. Don’t let the policy/politics swirling around get in the way of us doing our most important job — serving Alaskans. I have been blessed with the best department in the entire state and really wish it was that simple. But my department will be at the heart of all discussions this session as it usually is and I want the governor to have someone who is 100% aligned with his vision. I have therefore notified the governor that I will be resigning from his cabinet. I will continue in my position for as long as he needs so a smooth transition can take place. I will remain optimistic about Alaska’s future, but we must agree to start walking down this path together — not for our own perceived immediate needs, but for the tremendous future that I believe Alaska will continue to have.

Bruce Tangeman serves as Commissioner of the Alaska Department of Revenue.