Solutions for our public safety challenges 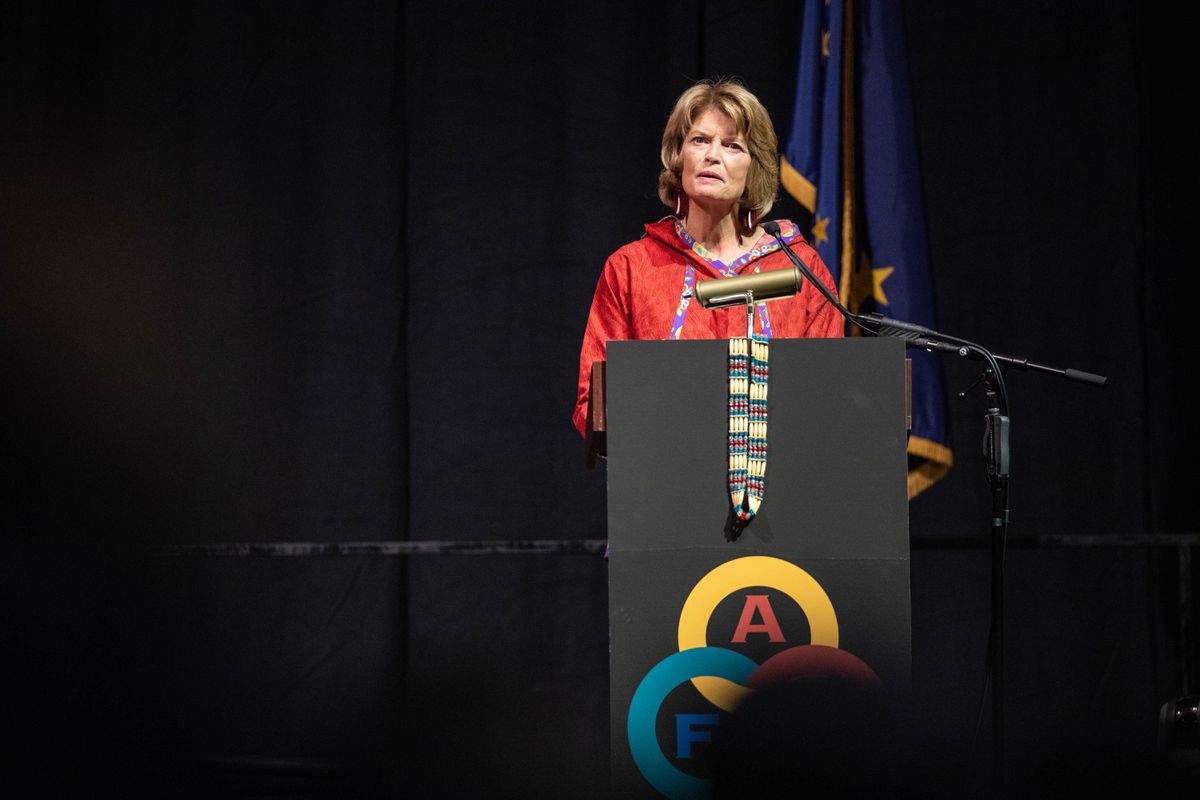 Senator Lisa Murkowski, R-Alaska, speaks to delegates on Saturday, Oct. 19, 2019 during the Alaska Federation of Natives convention at the Carlson Center in Fairbanks. (Loren Holmes / ADN)

Senator Lisa Murkowski, R-Alaska, speaks to delegates on Saturday, Oct. 19, 2019 during the Alaska Federation of Natives convention at the Carlson Center in Fairbanks. (Loren Holmes / ADN)

Alaska’s vast geography and uniquely complex governance frameworks have challenged Alaskans for generations and fostered a well-documented inequity in access to law enforcement and justice services throughout rural Alaska. The end result of the complex and under-resourced public safety system is that Alaska Native women are victims of violence in unprecedented proportions. Families have faced unspeakable loss, and until recently many felt almost invisible, frustrated, and let down by the complex systems that were supposed to protect them. We must close the jurisdictional loopholes that criminals exploit, improve coordination among law enforcement at all levels of government, and provide the necessary resources.

Alaskans are too familiar with the statistics. The rate of sexual violence victimization among Alaska Native women is at least seven times greater than for non-Native women. In Native villages, domestic violence rates are as much as 10 times higher than the rest of the nation. And in 2015, an estimate was made that 40% of sex trafficking victims were Native American.

But some of these statistics are a decade old, which is part of the problem. It’s important that we both understand the scope of the problem and address coordination between state, federal, and tribal governments. That is what my bills, the Not Invisible Act and Savanna’s Act, do. They specifically address the missing and murdered indigenous women — MMIW — crisis by breaking down silos among levels of law enforcement and government.

I’m heartened at the attention the public safety crisis has received, from not only Attorney General Barr’s visit to the state in the spring, but also his follow-through in declaring a law enforcement emergency and delivering serious federal support. In Congress, legislation I’ve sponsored to address the MMIW epidemic advanced out of committee and the Trump administration has started the coordination that my legislation calls for. Working with the administration, we also provide funding in my 2020 Interior Appropriations bill to address the crisis by providing support for cold case investigations, equipment, training, and background checks — the first real dollars we have specifically directed to the effort. We also encourage the Indian Health Service to look at programs that can help educate community health aides on trauma-informed care, which includes collecting medical evidence.

In the appropriations for fiscal 2020, I also advocated for the largest possible Victims of Crime Act Fund set-aside for Native communities that disproportionately face violence and extremely limited access to services. I also helped secure $497.5 million for Violence Against Women, or VAWA, Prevention and prosecution programs, $38 million for state and local law enforcement and Tribal assistance, and $245 million for the Community Oriented Policing Services, or COPS, program, which aims to increase the number of police officers and ensure they are properly trained.

On a parallel track, I’m working to improve rural public safety systems. Earlier this year, I introduced the Alaska Tribal Public Safety Empowerment Act, which builds on Congressman Don Young’s pilot for Alaska tribes. In that bill, we empower tribes to exercise domestic violence criminal jurisdiction, on a pilot basis, allowing tribes to assume local control over local public safety matters similar to the 2013 VAWA tribal provisions. The special domestic violence jurisdiction makes some apprehensive but we have to look to new ideas to address the fact that we have a state one-fifth the size of America and one in three communities do not have any law enforcement presence. Leaders such as Vivian Korthuis of the Association of Village Council Presidents, Victor Joseph of the Tanana Chiefs Conference and other Native village leaders want to be a part of the solution and contribute to keeping their communities safe.

They do not want “talk” any longer. They are asking for the tools to combat the problem themselves. The solution to the current public safety crisis will be found in partnerships between the state, tribal, and federal law enforcement agencies. My bill would specifically not create Indian country in Alaska and would not affect Alaska’s status as a P.L. 280 state. It is my hope that Alaska tribes, with support from the federal government, can be effective partners with the state to address Alaska’s rural public safety crisis.

We are seeing real progress toward addressing the rural public safety crisis in Alaska and serious efforts at all levels of government. Sen. Dan Sullivan is leading by supporting access to legal services for victims, Congressman Young is pushing innovative steps in the House and our governor and legislators are increasing penalties for rape and sexual abuse while clearing the backlogs of sexual assault kits. Turning the tide of this crisis takes an ‘all-hands-on-deck’ approach. I will continue to push enduring policy to bring prevention, awareness and justice to the many women and girls that have fallen victim to this heartbreaking reality, and work with everyone to create a stronger rural public safety system.