It’s time to bring civility back to community conversations 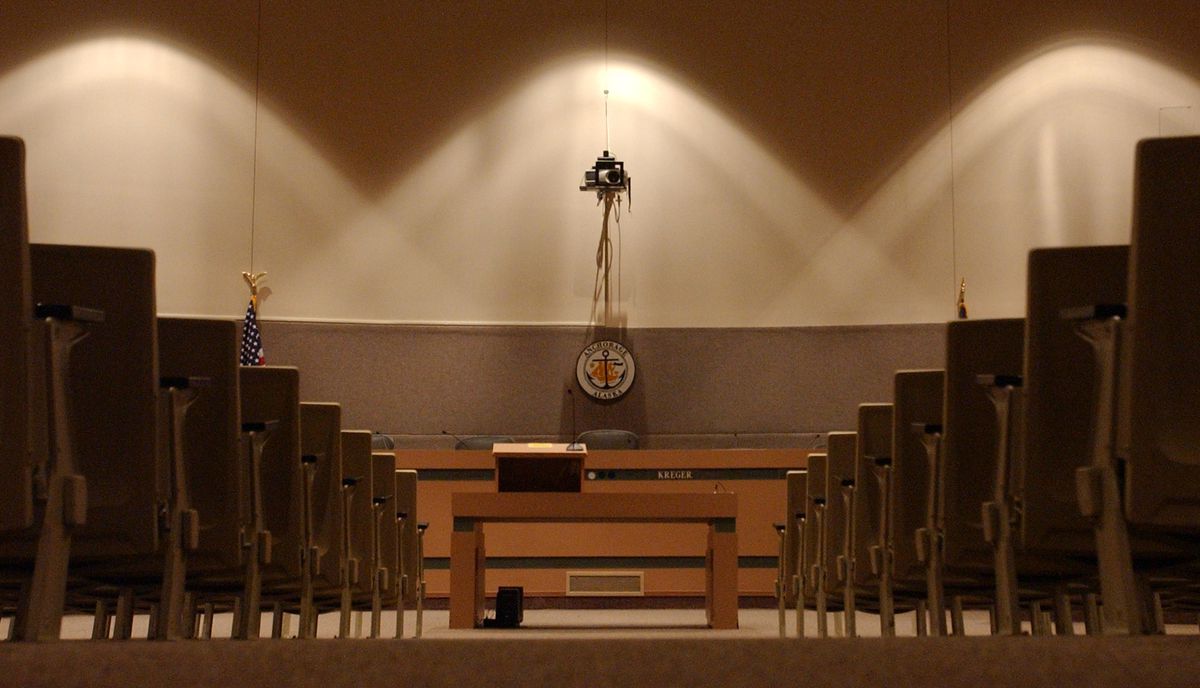 Anchorage residents should commend Municipal Clerk Barbara Jones and the Municipality of Anchorage, or MOA, Elections Team for their professionalism and steadfast dedication to running another successful election. Not only was it conducted with integrity and transparency, it broke the record for ballots cast. The MOA Elections Team should be proud of its work for all three local elections during unprecedented pandemic conditions.

Successful elections take a herculean effort. I know — I was an election worker for the 2017 Regular Municipal Election. I helped the Clerk’s Office prepare for the 2018 inaugural Vote by Mail election. I also led the Vote by Mail public education and outreach campaign, which at the time, produced a historic number of ballots cast in Anchorage elections.

During my year and a half working in MOA Elections for Barbara Jones, I can confidently say that her sense of duty and dedication to ensuring local elections are fair, honest and transparent is unwavering. Barbara holds election workers to the highest standards. To read in her report to the Assembly that the MOA Elections Team was on the receiving end of unprecedented “disrespectful, harassing and threatening behavior” is abominable. The Anchorage Daily News reported that “a number of incidents described in the report involved Bronson’s observers and supporters. The majority of the registered observers were with Bronson.” To read this is not surprising. Since the summer of 2020, Bronson supporters have thrived on sharing misinformation, claiming falsehoods on social media, talk radio and a local blog. They aimed to influence the election with fearmongering and by spreading lies.

For the mayoral runoff, I volunteered on Election Day to help answer voter questions outside the Loussac Library. I saw a voter with his children taking pictures of himself dropping off his ballot in the secure drop box. I asked him if he wanted me to take their picture for them, which he politely declined. I thanked him for voting, and his response to me was, “The results will tell us whether this election has integrity.” Stunned, I responded, “I assure you that regardless of the outcome, this election has integrity.”

I gave public testimony at this past week’s Assembly meeting. As an introvert, it took a lot to gear myself up to express my thoughts in that environment. Standing in line for more than an hour to testify, I was surrounded by disrespectful and immature adults muttering and yelling their dissatisfaction with the opinions of others providing testimony. Their comments were, at best, rude, and at their worst, racist — no wonder the “other side” commonly isn’t represented during in-person public testimony: You’re surrounded by bullies. Unfortunately, this “other side” has been bullied into silence.

We can no longer be silent.

We need to make public forums a voice for everyone in our community again, not just the loudest or the angriest. But we can’t do that until we listen, truly listen, to one another. We must bring civility, fact-based and informed opinions back to these public discussions. Both sides must come together to make sure that all residents are served these next three years. If we want to save our community from further division and angst, we must start communicating in a respectful, reasonable and solutions-focused manner. My mother, who was also a public servant, brought me up to treat others the way I want to be treated: with kindness and respect. When did our moral compass stray so far?

I’ve always believed that Anchorage residents have a lot in common: We care for one another. We support one another. We come together at times of need. The November 2018 earthquake proved we were stronger together than any other time in recent memory. How could so many attitudes so drastically change in a short two-and-a-half years?

These attempts to assassinate Barbara Jones’s character and the integrity of the election are desperate, inappropriate and embarrassing to our community. Barbara, the MOA Elections Team, and the municipal employees who support their work, deserve our thanks and gratitude for ensuring a fair election. Their grit, grace and fortitude should be applauded. I’m grateful for their continued commitment to working for all Anchorage voters.

Carolyn Hall is an Anchorage resident and small-business owner. She has worked for the Municipality of Anchorage as an election worker in the Clerk’s Office and as communications director. Carolyn has also worked for independent former Gov. Bill Walker.