No need for a government shutdown 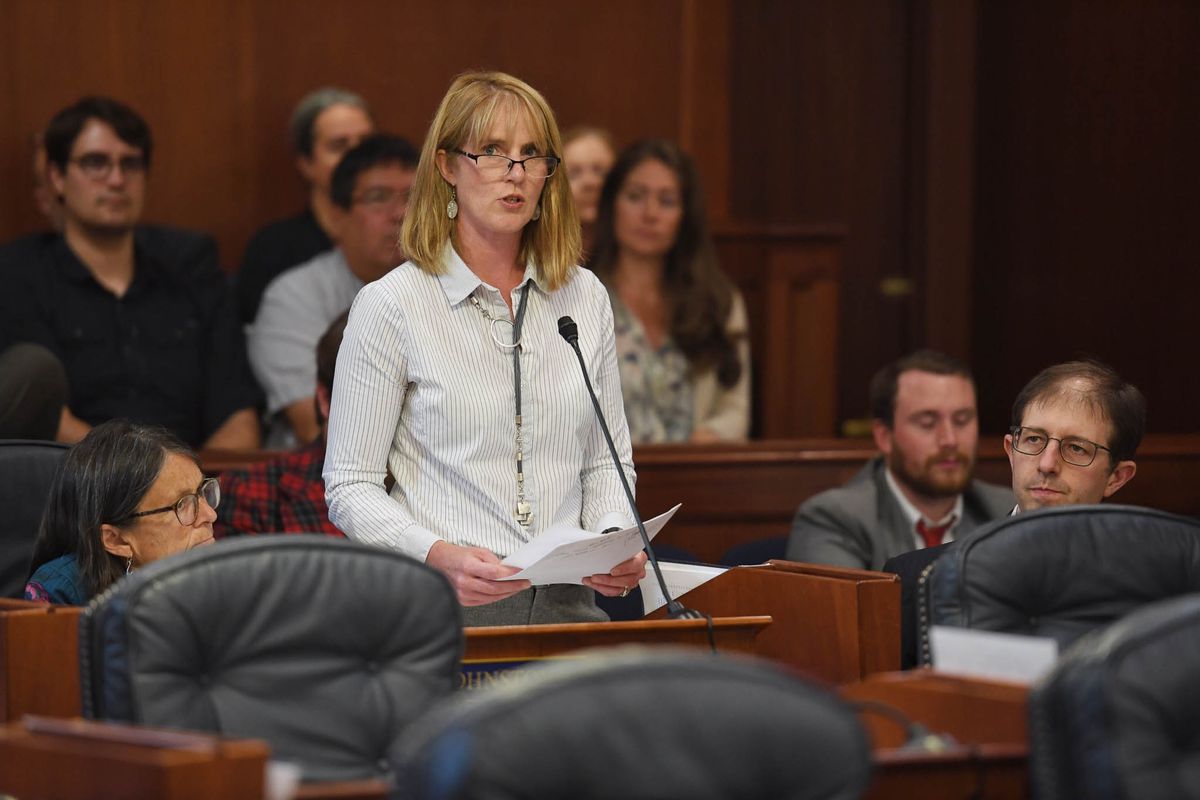 The governor said he won’t sign the budget because it’s defective. That is not true. The main part of the budget passed by the Legislature is fully balanced and funded. This means teachers, public health nurses, the courts and road crews can keep working after July 1. There is absolutely no need to send out layoff notices or shut down government.

That is, unless the governor continues to prioritize politics and the dividend above everything else.

The irony is, this is pretty much the same budget the governor proposed four months ago except for an affordable dividend. Yet the governor’s own advocacy group sent out a social media blast last week asking Alaskans to call their legislators to vote no on his own budget.

The governor is hanging his hat on the “effective date clause,” simply because he did not get the large dividend he promised in his campaign. News flash: We can’t afford it without raiding the Permanent Fund or instituting taxes on all Alaskans.

Here are the facts. The budget the Legislature recently voted on comes in four parts.

Part one is the “base budget” and is the meat and potatoes for funding state government. It has reductions, is balanced, has all the funding available as of July 1, and covers education, Medicaid, the ferry, the courts, the Department of Transportation, the Department of Revenue, Fish and Game and pretty much all of regular operations for state government. It also funds a $525 dividend for eligible Alaskans. It requires just a majority vote to pass, meaning 11 in the Senate and 21 in the House. This was successfully passed by both bodies.

Part two is the “reverse sweep,” an annual accounting function. This funds about $196 million of a whole bunch of operating programs scattered throughout the budget for things like the WWAMI program for medical school students, the Alaska Performance Scholarship Fund for college students, community assistance, victim’s restitution fund, energy subsidies for rural Alaska and an additional $500 added to Alaskans’ dividends. The reverse sweep also covers $140 million of the governor’s priority capital projects. A no vote is essentially voting against the governor’s own capital budget. It requires a three-quarters vote to pass — 15 in the Senate and 30 in the House. This failed both bodies last week.

Part three is the “Constitutional Budget Reserve” — CBR, the state savings account — access vote. A yes vote would have funded half of the state reimbursement of local school bond debt, a payment toward oil taxes credits owed by the state, and another $48 million toward the dividend. The CBR vote also requires a three-fourths vote of both bodies and failed last week.

Part four is the “effective date clause.” This requires a two-thirds vote to pass — 14 in the Senate and 27 in the House. This passed in the Senate but failed in the House. The effective date in the budget says July 1, 2021, and if the governor simply signs the base budget, we can avoid a government shutdown. Or he can continue to play politics because a slim majority of the Legislature refuses to overdraw the Permanent Fund in order to pay out billions of dollars for a dividend.

Does the governor think that we must have a two-thirds procedural vote every year to avoid a government shutdown? This is not what the framers of the constitution intended. It’s a poor, politically driven interpretation and counter to more than 40 years of legal opinions and Alaska Supreme Court cases.

Much of this is déjà vu from two years ago, when the reverse sweep and CBR votes also failed. The governor attempted to call a special session in Wasilla and that whole debacle imploded.

Luckily, there are still a few folks remaining in the Legislature who advocate for a long-term, balanced view for our government. This budget could move forward as is and at least avoid a complete government shutdown. Please call the governor’s office and tell him to sign it.