Hiking without a first-aid kit? That's a bloody shame 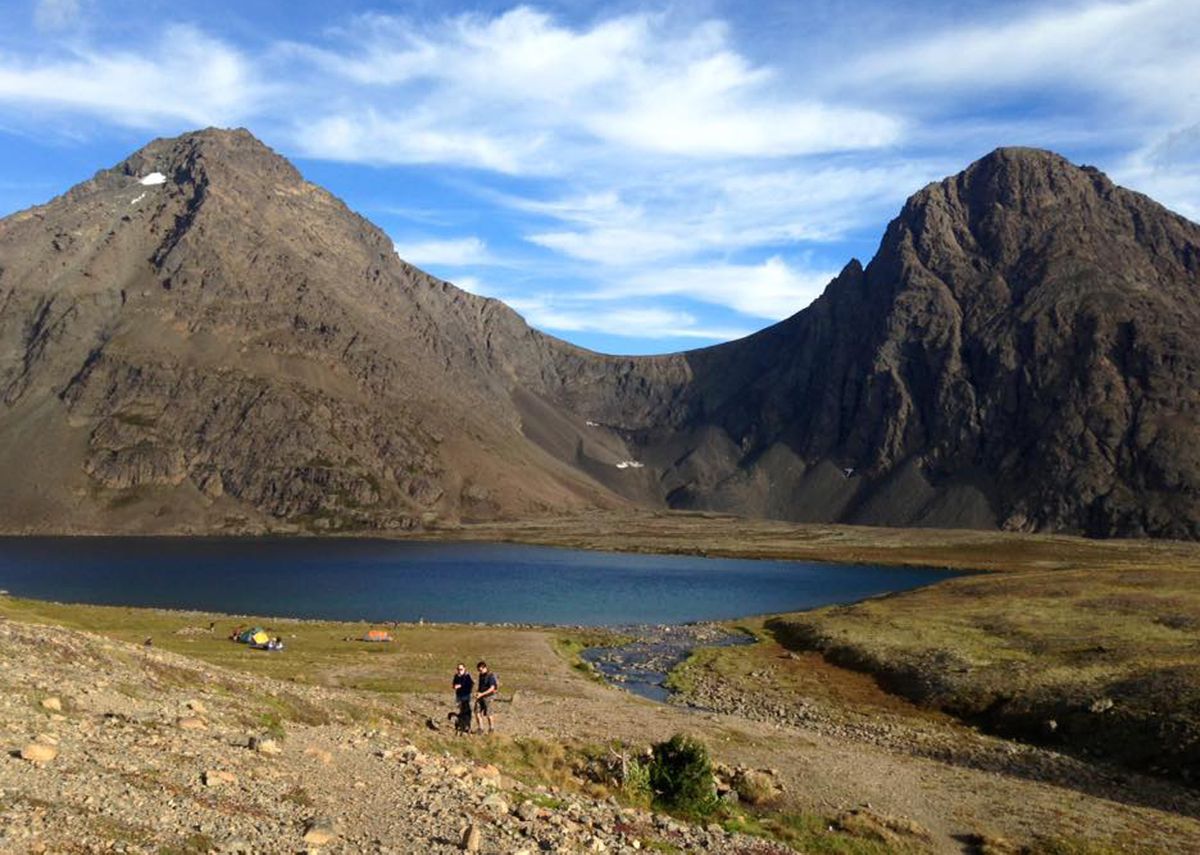 Some lessons are fleeting. We forget them as soon as we learn them. They go in one ear and out the other.

Other lessons leave a permanent mark.

On a beautiful late-summer day a couple years ago — of course it was a beautiful day — I got a reality check that's stayed with me in the form of a scar and a dent in my left shin.

Some friends and I decided to tackle North Suicide Peak (5,065 feet), which towers over Rabbit Lake east of Anchorage beside its slightly shorter twin, South Suicide. The distinct peaks are easy to spot from town, which contributes to their appeal.

We approached the peak from the Rabbit Creek trailhead and opted to head up scree-filled Hauser's Gully to the saddle. From there, we could follow the ridge north and scramble to the summit.

With that route in mind, the four of us crossed the tundra to the gully, then started picking our way across steep avenues of loose rock.

It didn't take long for me to realize I had severely overestimated my comfort level in scree.

And then the rock fell.

Or, more accurately, it was kicked down by one of my hiking partners. I remember watching it roll toward me. Do I weave right? Leap left? Where's my instinct for self-preservation? I should be doing something, correct?

Instead, I froze as it hit my left shin before rolling away.

I probably smiled. Laughed. Hey, that wasn't so bad. It barely left a mark on my pants. I took a couple of steps, and something didn't feel right.

When I rolled up my pants, I saw some blood on my sock. Then I saw the gash in my leg.

It was, in retrospect, a minor injury. But I saw more of the inside of my leg than I expected to see, and there's something about the sight of my own blood leaving my body that makes me giggle maniacally.

"Guys! We have blood. WE HAVE BLOOD."

Our first question: Anyone have a first-aid kit?

Three out of four of us worked at an outdoor gear store. This was embarrassing.

Second question: What did we have?

Toilet paper. A T-shirt. Enough to cobble together some semblance of a bandage.

Third question: Who had a knife to cut the shirt with?

Crickets. At least we were surrounded by sharp rocks.

My two co-workers continued heading up the gully toward the summit. The other person in our group, my friend's dad, graciously offered to join me for the 4 1/2-mile limp back to the trailhead.

Whenever I recall that moment of injury, I think of what I could've done differently.

First, I could've been more vigilant in watching where and how my friends were moving. Maybe I would've reacted faster, or at all, if I had been more alert.

We could've used safer travel practices. Staging — where you move from safe zone to safe zone one at a time to minimize risk — might've been a good idea, especially in that setting. Or rather than going up the scree, we could've stuck to the right side of the gully where the rock was more stable.

What kills me, though, is that none of us had a first-aid kit. The hike from our location to the car was mellow. But if we had been deep in the backcountry and the injury had been more serious, or infected, I would've been hosed. And I'd have no one to blame but myself.

[Headed out for a hike? Our interactive Southcentral map can help.]

I'm thankful that wasn't the case. And I'm grateful for the excellent team at the urgent care clinic I visited. They cleaned the gash in my leg, expertly stitched me up and gave me clear instructions on wound care.

But I was still anxious.

A little context: This happened about 10 days before I was set to fly to Iceland for some solo backpacking and camping. I planned on starting my trip with the 30-mile Laugavegurinn trek in southern Iceland, and I was nervous about being sidelined by injury.

Before I left, I had an appointment to — hopefully — get my stitches removed.

After some close inspection, however, the physician assistant decided to give my wound more time to heal.

Then she asked me a question.

"Have you ever removed your own stitches before?"

A few days later, after I had flown to Reykjavik and finished the trek I had my heart set on, I set up camp near the Seljalandsfoss waterfall. It was stitch-removal time, courtesy of the first-aid kit I now carry with me on every hike.

Growing up, I never could've imagined that this would be my life, taking out my own stitches in a tent surrounded by waterfalls in Iceland.

Honestly, I felt epic. I felt like a badass.

And then I caught myself.

No, no, no. You know what would've been much more badass?

Not getting injured in the first place.

First off, everyone's first-aid needs and preferences are different. But these are a few items I'll always have with me, whether I'm going for a run on the Tony Knowles Coastal Trail or hiking Crow Pass on a long day. If you see me on the trail and need any of these, flag me down. I'm always happy to share.

* Inhaler for my asthma — just call me Wheezy
* So many adhesive bandages
* Gauze and medical tape for bloody situations
* Moleskin for blister treatment, and extra if I'm wearing my AT ski boots
* Antihistamines
* Elastic bandage for the occasional rolled ankle
* Ibuprofen
* Alcohol wipes
* Tweezers for devil's club and splinter extraction