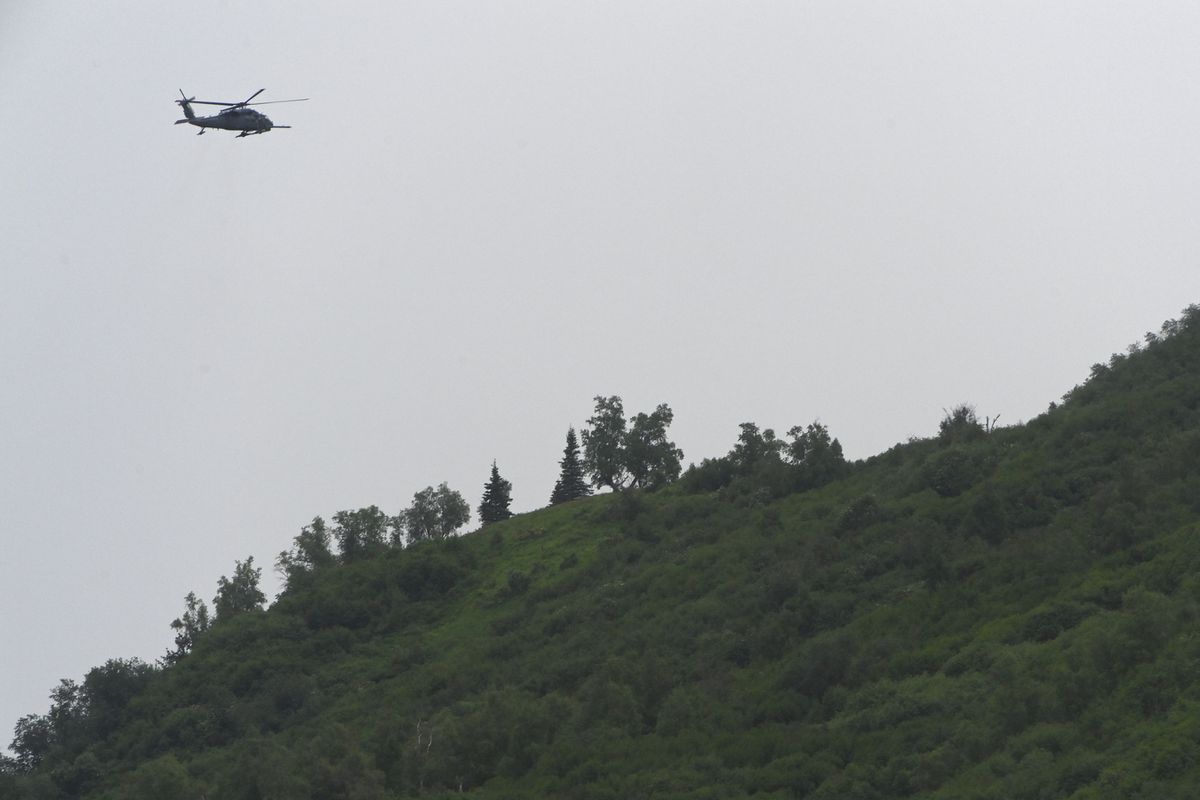 Editor’s note: This story has been updated. Find our most up-to-date coverage here.

Update, 6:15 p.m. Wednesday: A Palmer woman who went missing after reportedly being charged by bears on the Pioneer Ridge Trail near Butte has been located, and she has been taken to the hospital for evaluation of her injuries, Alaska State Troopers said.

Around 5:30 p.m. Wednesday, a search and rescue volunteer saw 55-year-old Fina Kiefer walking out of the woods about a mile from the trailhead as they were driving on Knik River Road, according to troopers.

Update, 5 p.m. Wednesday: Deteriorating weather caused search efforts to end for the day Wednesday afternoon as a hiker who reported being charged by multiple bears on the Pioneer Ridge Trail near Butte overnight Tuesday remained missing.

Troopers identified the hiker as 55-year-old Fina Kiefer from Palmer.

“No evidence of the missing hiker has been discovered,” troopers said in an updated online report. “The Alaska State Troopers and our search partners will assess further search efforts tomorrow morning.”

At least eighteen people divided into multiple teams had been searching for the missing woman on and off trail as of Wednesday afternoon, said Bill Laxson, a senior member of the Alaska Mountain Rescue Group and part of the Alaska incident management team for search and rescue. Laxson said he expected the afternoon’s heavy rain to put an added burden on the search effort.

On Tuesday, the first full day of the search, volunteers continued ground searches until about 10:30 p.m. and the Alaska Air National Guard searched the area by air throughout the night, troopers wrote in an updated statement.

“There are folks that are searchers starting up at the ridgeline and working their way down and they also have searchers on the ground at the bottom working their way up. So they’re kind of hitting it from both ends,” said Austin McDaniel, a spokesman for the troopers, earlier Wednesday. “There are canine teams out there as well as Alaska Mountain Rescue Group kind of ground search teams.”

A woman who was reportedly charged by bears while hiking the Pioneer Ridge Trail near Butte remains missing after a daylong air and ground search Tuesday, Alaska State Troopers said.

Efforts to find the missing hiker will continue until dark and resume in the morning, troopers spokesman Austin McDaniel said Tuesday evening.

Troopers in the Matanuska-Susitna Borough received a notification just before 1:30 a.m. Tuesday that a solo hiker on the trail needed help, according to an online report. The woman had contacted her husband to ask for help after multiple bears charged her and she discharged bear spray, troopers said. She stopped responding to calls and texts shortly afterward.

Troopers said they went to the trailhead to conduct a rudimentary search of the first part of trail but didn’t find the woman. Starting Tuesday morning and multiple times throughout the day, the Alaska Rescue Coordination Center deployed a rescue team to fly over the trail and surrounding area, according to troopers.

The 4.5-mile Pioneer Ridge Trail, which begins at a parking area along Knik River Road south of Butte, is a moderately steep trail that tops out at about 5,300 feet after winding through dense forest and open tundra. From there, some hikers continue on a more technical route to the summit of Pioneer Peak.