Report: Iditarod must work to rebuild trust if it wants to survive 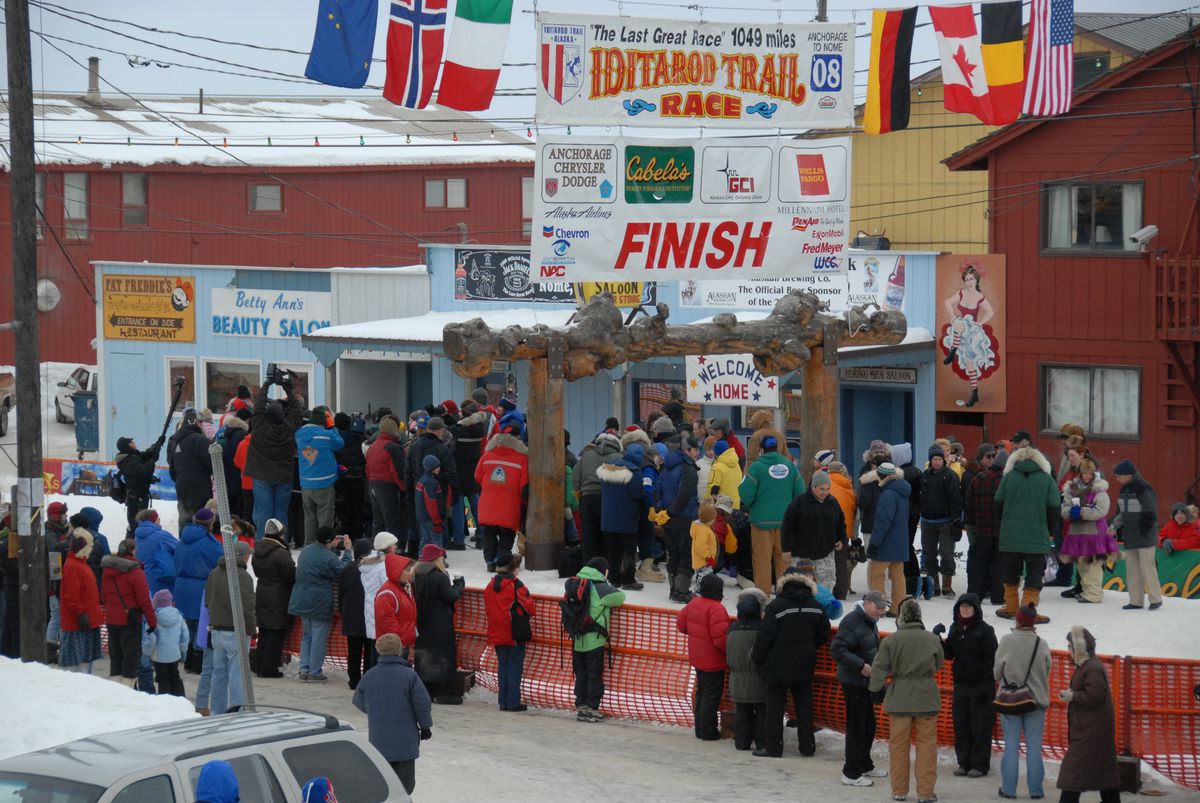 The Iditarod's governing board has so strained its relationships with mushers and sponsors that it threatens the survival of the historic sled dog race, said a report by an independent consultant.

"The board must understand the urgency to mend these relationships," said the 9-page report, written by consultant Dennis McMillian of The Foraker Group at the request of the Iditarod's major sponsors.

"Foraker senses that both of these partner groups are on the verge of withdrawing their support for this race as a result of their distrust in this board," McMillian wrote.

The report, dated Dec. 4, was never meant to be shared publicly.

Its existence and findings were first reported by blogger Craig Medred early Wednesday. The Anchorage Daily News obtained the report Wednesday morning, and the Iditarod Trail Committee later sent ADN a copy of the document, still titled "confidential," along with its response.

"The ITC is grateful for the opportunity to work with the Foraker Group as we evaluate our board structure," the Iditarod Trail Committee said in a written statement. "We are excited to implement changes and will be making more announcements and updates to our plan as soon as the 2018 race concludes. Our focus right now is on the 2018 race, and the safety of both the mushers and the canine athletes."

The Foraker report caps a rocky year for the Iditarod Trail Committee and its board, which stage the annual race to Nome.

Seavey, a four-time Iditarod champion, was not penalized, and he continues to both vehemently deny giving the drug to his dogs and speak out against how race officials handled the results. He recently called for a majority of the board to resign. Other mushers have also criticized how the Iditarod handled the issue and called for more transparency from the board.

[Confused about the Iditarod drug controversy? Here's what happened — and what we still don't know]

But even before that, the Iditarod was dealing with the loss of Wells Fargo, a significant, longtime race sponsor. Race officials blamed the departure on "manipulative misinformation" spread by animal rights organizations. Later, the race announced that it would cut the prize winnings paid out to 2018 Iditarod teams by about $250,000 so it could rebuild its savings.

The race relies heavily on funding from sponsors, and the December report indicates that the Iditarod board must make big changes if it wants those sponsors to stick around.

"If action is not taken and soon, it is Foraker's opinion that ITC will lose major sponsors, have less revenue and may have to accept that it can no longer be the leading event for the sport of dog mushing," the report said.

Here are some of those changes the Iditarod must address immediately, the report says:

— Rebuild trust with sponsors and mushers. "It seems that neither of these groups have confidence in the ITC board."

"The loss of confidence from partners has been building for years, but seems to have gained momentum over the past two to three years," the report said.

— Develop a process to notify sponsors and "key constituents" when it expects potentially controversial news about the Iditarod or the sport of dog mushing. It should also give those groups suggested comments on how to respond to questions.

The sponsors "love the race and want to see it thrive," the report said, "but have felt out of the loop on many key issues for many years, including the recent disclosure on the positive drug test."

— Conduct more outreach and have "periodic training on their fiduciary responsibility."

The report also seeks to address who sits on the Iditarod board.

It said the governing body should adopt a strategy to minimize or exclude any board member with conflicts of interest.

That would eliminate six of the nine board members, including Board President Andy Baker, brother of 2011 Iditarod champion John Baker, and Rick Swenson, the only five-time Iditarod champion.

Those six board members may have to resign to rebuild trust, the report said.

"While Foraker doesn't question the integrity or dedication of the current directors, six of the nine have conflicts and are perceived by some as making decisions through those conflicts," the report said.

"They may or may not be making decisions based on these conflicts, however good governance cannot be easily achieved with a high level of perceived conflict."

Andy Baker said in an email that no major race sponsors had withdrawn their support since October and none of the board members had resigned so far.

"Conflicts of interest, identifying them, and looking for solutions on how to approach them are at the top of our agenda when we convene after the race," Baker wrote.

Wade Marrs, the musher representative on the board, did not return a call Wednesday.

The Foraker Group is an Alaska nonprofit that works with and advises other nonprofits.

According to the report, the Iditarod's major race sponsors asked McMillian, the former chief executive of Foraker, to conduct an independent assessment of the Iditarod board and suggest how to enhance the board's performance and reduce public concern over the Iditarod's governance.

Chuck Talsky, spokesman of longtime top race sponsor Anchorage Chrysler Dodge Jeep Ram, said the request for a review "is not that out of the ordinary" and it's common for businesses to review their involvement in events.

"It's simply good practice to do so," he said.

He said the dealership's support of the Iditarod "was never wavering." GCI spokeswoman Heather Handyside said that the company also remained at the highest level of Iditarod sponsors, called "principal partners." Kurt Parkan, external affairs manager for Donlin Gold, said the mining company had no current plans to withdraw its sponsorship.

"I think all of this is an effort to help ITC look at itself and opportunities to improve, if there are any," he said.

The race's fourth top sponsor, ExxonMobil, did not return a call Wednesday.

According to a document obtained by the Daily News, the group of four sponsors created a list of seven principles in response to the Foraker report. The first one said they all are "strong advocates" of the Iditarod and proud sponsors.

The group said it strongly urged the Iditarod to enact the Foraker recommendations within the next six months and "with special emphasis" on the recommendation that it eliminate all conflicts of interest, "and even the appearance of a conflict of interest," on the board.

Should the Iditarod board fail to take timely action on the recommendations, it said, the companies will likely reconsider their sponsorship.