Ryan Redington wins the Kobuk 440 on his first try 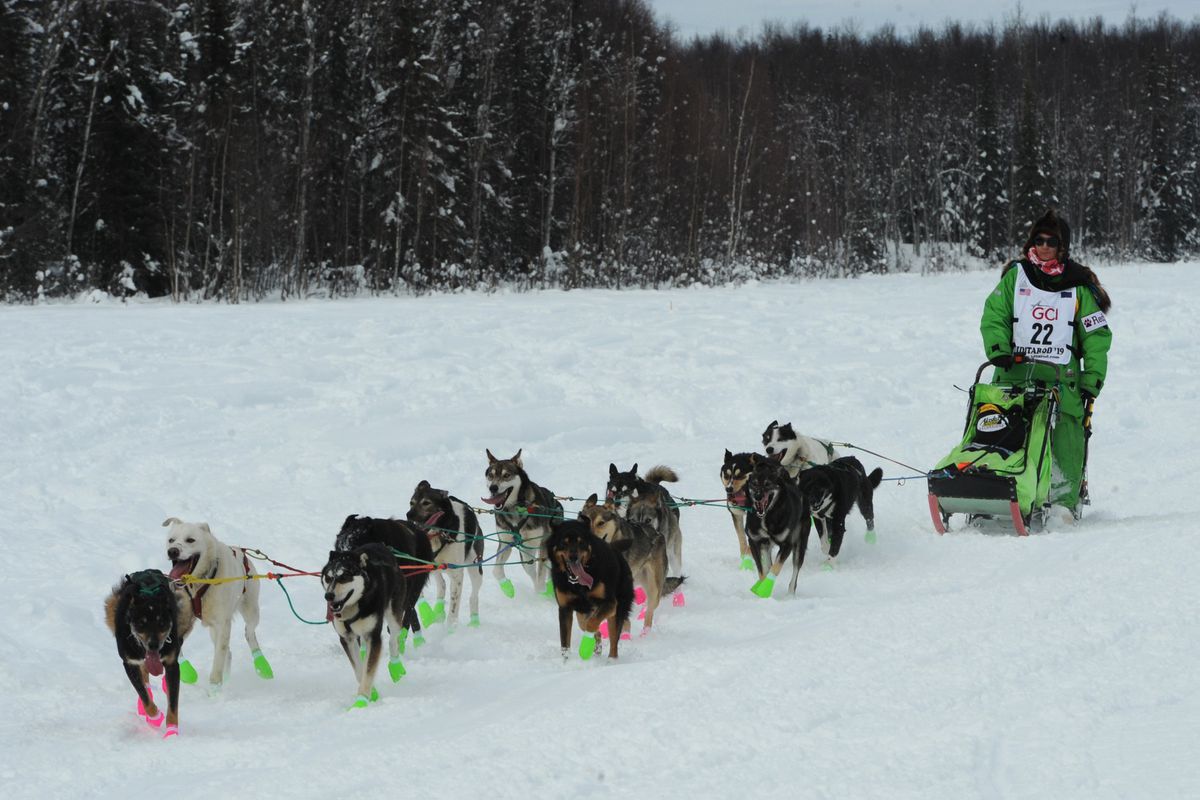 Ryan Redington competed in his first Kobuk 440 sled dog race this month, and he won.

Redington and his six-dog team, led by King and Archer, crossed the finish line in Kotzebue at 12:34 a.m. Sunday, 14 minutes ahead of his nearest competitor, Nicolas Petit.

“We had to work hard to keep in front of Nic, that’s for sure,” Redington said in an interview from Kotzebue on Monday. “He kept the pressure on the last 90 miles.”

Redington, Petit and 14 other teams started the Kobuk 440 on Thursday. They traveled about 440 miles from Kotzebue to Kobuk and back in Northwest Alaska. The Kobuk 440 is the last major sled dog race of the season.

“It’s always been a childhood dream to run it,” Redington said of the Kotzebue race. “And then to win it? Just icing on the cake.”

Redington, who lives in Skagway, has strong roots in sled dog mushing. He’s the grandson of Iditarod Trail Sled Dog Race founder Joe Redington Sr. Ryan Redington, his father and his two brothers have all competed in the Iditarod. This year, Redington dropped out of the Iditarod in Shaktoolik, after about 777 miles on the trail.

Redington started the Kobuk 440 with 12 dogs, five that had made it to Shaktoolik, one from his brother Ray’s kennel and six from his parents’ kennel. Those six dogs had finished this year’s Iditarod with Michi Konno.

“It was just an honor to be on the back of that team,” Redington said.

Redington won at least $13,750 on Sunday for his first-place finish.

Petit and his six-dog team finished the Kobuk 440 in second place at 12:48 a.m. Sunday. Petit had also dropped out of this year’s Iditarod in Shaktoolik after his dogs refused to continue down the trail outside the checkpoint.

For the full list of race standings, visit kobuk440.com.