Iditarod is still on, but precautions are being taken as coronavirus concerns spread along the trail 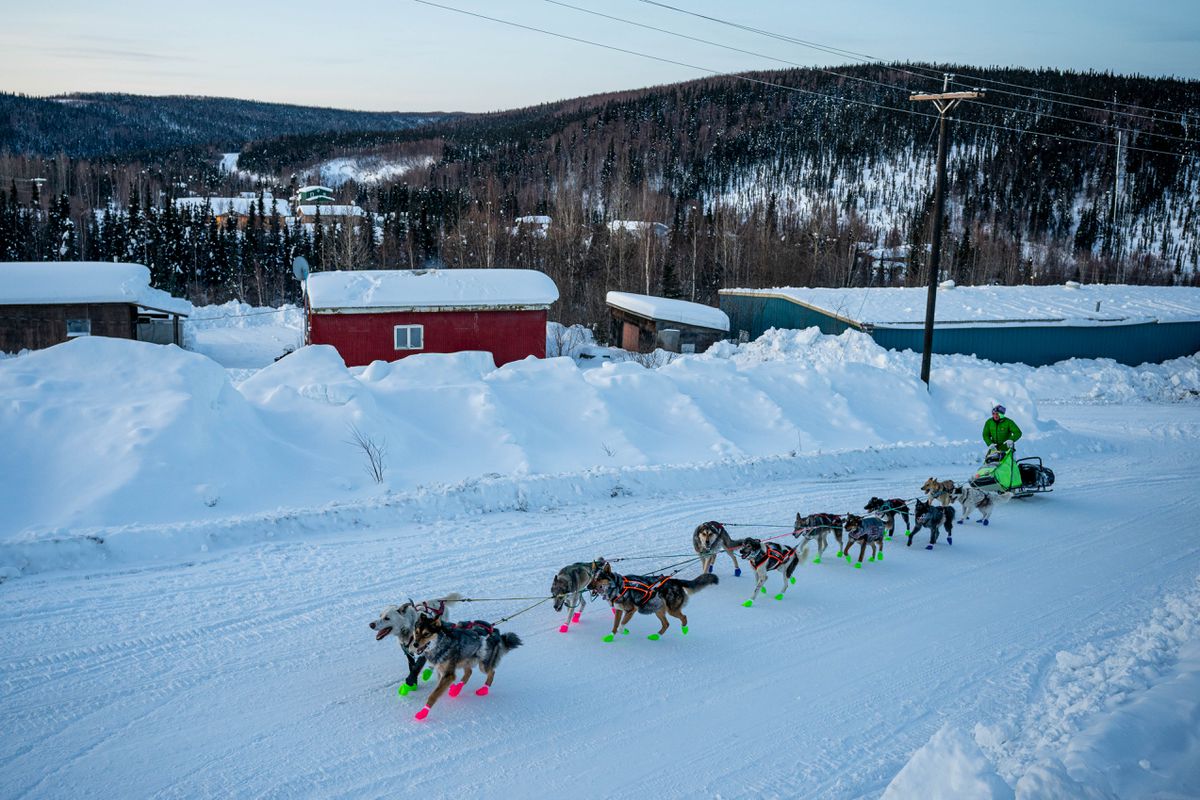 UNALAKLEET — The Iditarod Trail Sled Dog Race was continuing as of Saturday night despite growing concerns about the potential spread of the novel coronavirus.

Events surrounding the finish in Nome have been canceled, and the race is taking additional steps to protect racers and communities along the trail as mushers progress through the second half of the race.

“We have been taking the normal precautions that everyone should be taking,” race marshal Mark Nordman said Friday at the Unalakleet airport. Nordman said the race has been in communication with Dr. Anne Zink, the state’s chief medical officer.

The first positive coronavirus case in Alaska was announced by state officials Thursday. Since Thursday morning, extended closures have swept through Alaska’s public school system, major events across the state have been canceled or postponed and government buildings and facilities in some cities have been shuttered to the public.

On Friday, the Iditarod — which had mostly been insulated from the coronavirus news cycle — was feeling the impact of the virus.

Race officials said in a statement late Friday night that they were streamlining staff to include only essential personnel, including “veterinarians, logistics, communications and necessary dog handlers.” The Iditarod also asked the public — particularly anyone traveling from outside the state — “to not make any nonessential travel to the Nome finish.”

The rest of the race follows the Yukon River before reaching the Bering Sea coast, passing through villages whose schools often house visitors during the Iditarod. On Thursday, however, the Bering Strait School District — which includes schools in the communities of Unalakleet, Shaktoolik, Koyuk, Elim, Golovin and White Mountain, all on the Iditarod Trail — announced that it canceled the “hosting of Iditarod events” and visitors in schools, out of concerns over the coronavirus.

The Iditarod checkpoints at some communities were moved to a location that would limit village residents’ exposure to an influx of racers, volunteers and veterinarians.

Shaktoolik’s checkpoint was moved outside the village due to community concerns about the virus, the Iditarod said Friday night in a statement.

“Because the school in Nulato was not available, the Iditarod changed its checkpoint location to on the Yukon River," Nordman said Friday night. "All supplies are in place and the checkpoint is fully manned.”

Sign at the Galena checkpoint advising mushers that the Nulato checkpoint down river is shut down, set up is just tents down on the river. No town access for Iditarod stuff. pic.twitter.com/Y0qRBtlcIl

In Unalakleet, the building where the checkpoint is located will be limited to mushers, race officials and media, said Bobby Bolen, superintendent of the Bering Strait School District.

“I know the city is putting up barricades along the slough to keep the public away from mushers coming through and away from that checkpoint so mushers can do what they need to do and get back out,” Bolen said.

A snowstorm that was expected to blast through Unalakleet over the weekend provided another level of logistical complication, potentially grounding planes that are moving supplies, race staff and volunteers along the trail.

Despite the circumstances, Nordman said the race will continue up the coast.

“The villages are welcoming us as long as the precautions are taken as mandated,” Nordman said. “We told them we were doing this with the state’s support.”

Nordman said there are health notices posted at checkpoints, but mushers aren’t being directly advised on the virus. Over the past several days, many mushers told reporters they did not know much about how the virus has escalated since the start of the race.

“They’re in the safest place you could be,” Nordman said of the mushers.

One of the race’s flying partners, Ryanair, is working to get set up to take temperature readings of all the volunteers being flown out to work the race, Nordman said. The Iditarod said late Friday night that they were conducting “pre-flight screenings for staff” and being diligent about disinfecting surfaces and personal hygiene.

Nordman said he doesn’t know how a race of this type would be canceled, but logistical difficulties are not the reason the race is staying on.

“Pretty much we’re telling everybody not to go to Nome unless they are essential race personnel,” Nordman said.

The city of Nome has decided to close public buildings other than city hall, and in Unalakleet, the city council decided Thursday to cancel public events, like its Saturday market.

Nordman said all of the villages are concerned, as everyone in the world is, but they support the race. Tourists should stay away from the finish in Nome as the city has requested, he said. Nordman stressed that the race moving forward is being done under the guidance of state officials.

“If the state of Alaska said the race must stop, we’d stop," Nordman said. "We have not heard that.”