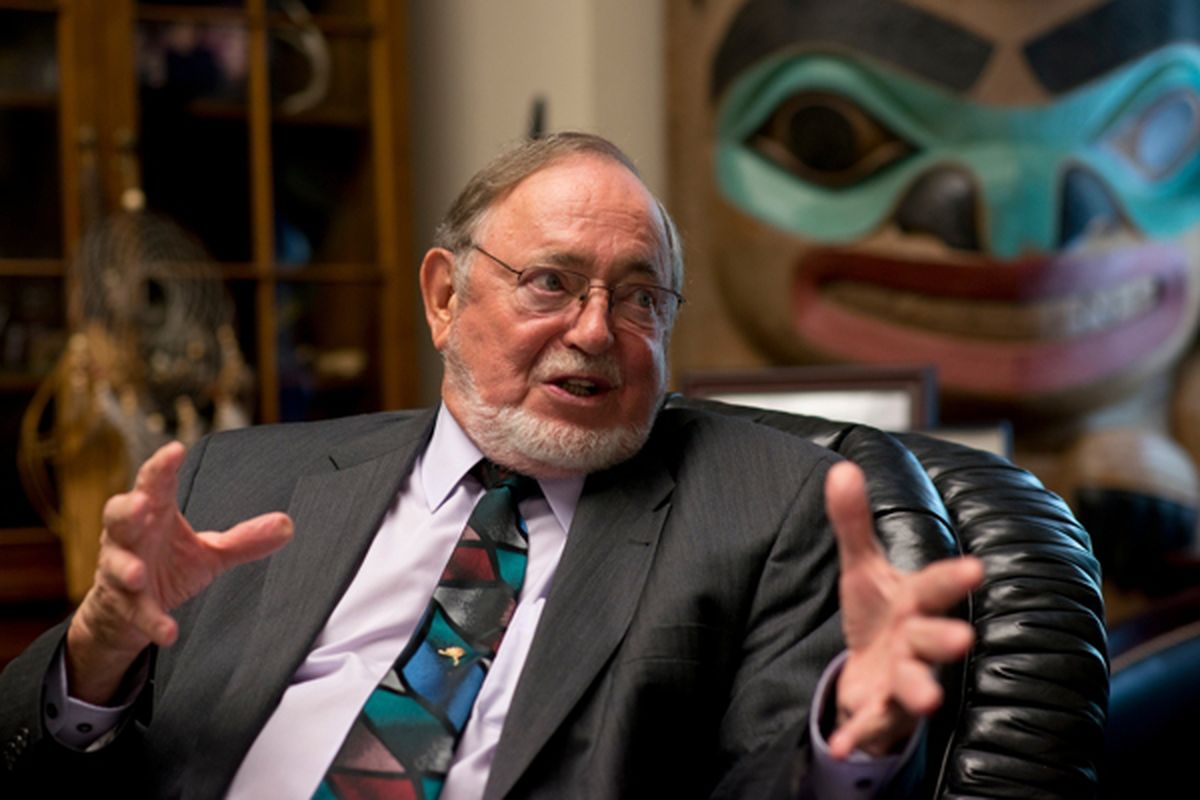 WASHINGTON — Alaska Rep. Don Young was still undecided late Wednesday on whether to vote for the House legislation to repeal and replace the Affordable Care Act, citing Alaska-specific concerns with the bill's likely outcome.

The bill, the "American Health Care Act," is expected to go to the House floor for a vote on Thursday. Its likelihood of passage was uncertain, with some right-wing Republicans vowing to vote against a bill they termed, "Obamacare Lite."

Young's concerns are different: that the bill's removal of tax subsidies based on geography and cost will leave Alaska in a worse position than any other state.

Alaska already has some of the highest health care costs in the nation. Under the House proposal, Alaskans buying insurance off the exchange could see premiums skyrocket, and the state could be on the hook a greater portion of Medicaid funding, or have to slim down services and drop Alaskans from the rolls.

[What the House health care plan means for Alaska]

On Monday, Young said he had concerns about the bill and was working to garner changes before it went to the House floor.

[House bill must be made fair for Alaskans, congressional delegation says]

"Congressman Young's position has not changed. He remains committed to repealing 'Obamacare,' but is not entirely convinced this legislation is the right approach," Young's spokesman Matt Shuckerow said Wednesday.

And he reiterated that Young, a Republican, made clear without "changes that make this legislation more equitable for Alaska – he would have to consider voting against the legislation."

Young has said he might like to see a harsher full repeal — without a replacement — that could force Democrats to the table and give Congress a bit more time to work through the legislative process.

On Wednesday, all eyes were on conservative members of the House Freedom Caucus, who threatened to keep the Republicans short of the votes needed to pass the bill on Thursday.

Vice President Mike Pence met with those members on Capitol Hill, while President Donald Trump met with 18 other House Republicans at the White House.

Some conservative Republicans want to repeal the benefits ACA says must be part of any insurance plan: coverage of pregnancy, mental health, preventative care, emergency room visits and other requirements, which have boosted the costs of health care.

But members of Alaska's congressional delegation have been focused on the major increases Alaskans on the marketplace would see to their premiums, and the likely shrinking population of Alaskans able to enroll in Medicaid, which the state only recently expanded.

Changes made to the bill this week were aimed at boosting tax credits for older Americans, but experts said they wouldn't make much of a dent in the high cost for Alaskans.

Under ACA, Alaskans, on average, receive direct tax credits of more than $13,000 to cover high premium costs. Those would shrink under the House bill, and be set based on age and income — not location and cost of insurance.

That means adding $10,500 to the premiums for most Alaskans who buy health insurance on the exchange, according to data from the Center for Budget and Policy Priorities.

Out of pocket costs are expected to go up in Alaska too — making the total boost in cost for Alaskans an additional $12,600 — far outpacing any other state in the nation, according to CBPP.