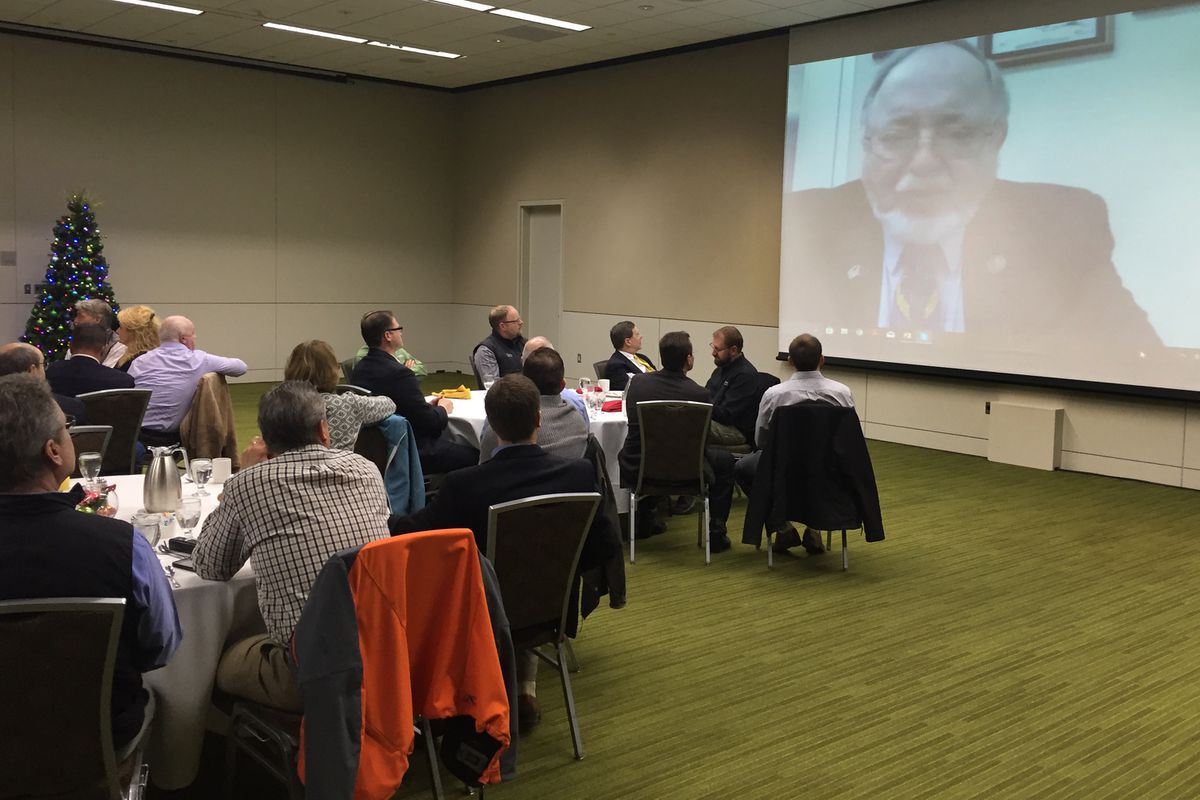 With a GOP deal now on the table aligning the tax bills, President Donald Trump said Wednesday he hopes final passage is just days away.

"We have in there the ANWR provision," he said of the deal fashioned in the conference committee Wednesday.

If development occurs in the 1.5-million-acre section of ANWR's coastal plain, the caribou that use it will prosper and other animals won't be hurt, Young said, speaking by video to a breakfast meeting of the Alaska Support Industry Alliance in Anchorage.

[Republicans are still looking for ways to pay for tax cuts]

"Animals adjust," he said. "As long as you don't shoot them, they will adjust to human activity."

Young said he's been fighting in Congress for four decades to pass such a measure, which supporters say could one day lead to a giant increase in oil production to help Alaska and the federal government pay their bills.

Young and Sen. Lisa Murkowski, author of the Senate's language to allow lease sales and development in the refuge, were appointed to a conference committee to help resolve differences between the dueling tax bills.

[Senate passes bill that could lead to opening of Arctic refuge.]

Young said the near-term effect of opening ANWR will be an "emotional" boost to the state's economy. That will be followed by tangible economic benefits as the first lease sale is held within four years and drilling and development are allowed.

"It takes time to put something like this on the drawing board," he said.

Young said Gwich'in people who have come to Washington, D.C., to fight the ANWR measure have been "very dishonest."

"They say it'll hurt the people," he said. "The people where ANWR is, that live there, support the development of ANWR. That's who we should be listening to."

The Gwich'in community of Arctic Village is just outside the giant refuge's southern boundary. The Gwich'in Nation opposes ANWR development because it will hurt caribou that villagers eat, representatives such as Sam Alexander of Fairbanks have said.

In Kaktovik, located in the coastal plain, the tribal government and village corporation support ANWR development, Matthew Rexford, an official with both groups, has said.

But many people in Kaktovik oppose the ANWR measure, said opponent and village resident Robert Thompson in a recent op-ed column in the Anchorage Daily News.

"Congress should not include Arctic refuge drilling in the current tax reform bill," he wrote.