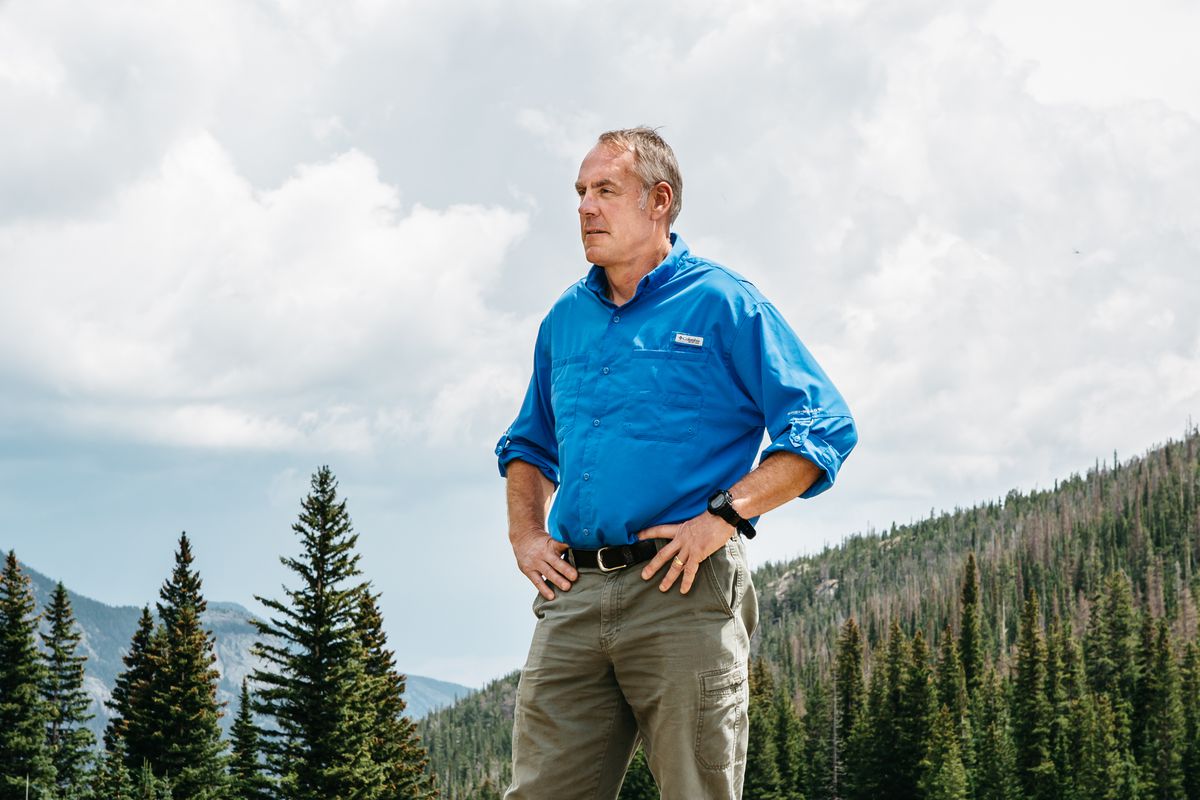 WASHINGTON — Interior Secretary Ryan Zinke is looking to Alaska as he launches plans for a major national reorganization that aims for greater integration of the department's agencies and processes.

"What we're proposing … to redo our regions based on science and unify them so at least Department of Interior — Fish and Wildlife, Bureau of Reclamation, all our departments — have unified regions and can talk to each other," Zinke said Thursday at a House Natural Resources Committee hearing.

Those regions would be based on watersheds, trail systems and wildlife ecology, rather than political boundaries, he said. As part of that process, the department is looking to Alaska as a pilot.

"The current idea is to launch the concept in Alaska first, since it is a large geographic area, most bureaus are active there, all existing regional offices are already in the same city, and there is only one state government with which to interact," the department said in a fact sheet posted online.

The Interior Department oversees more than half the land in Alaska in a variety of roles — in parks, on refuges, through the Bureau of Indian Affairs and for drilling on federal lands and waters.

There are 2,500 to 3,500 Interior employees in Alaska, depending on the season, said Steve Wackowski, the agency's Anchorage-based senior adviser for Alaska affairs. There are 70,000 Interior Department employees nationwide.

Instead, the department is hoping to wait out its aging workforce and gradually replace retiring employees with lower-cost field workers.

Instead, Interior officials are looking to Alaska's current setup as something they could emulate elsewhere.

The agencies — Fish and Wildlife Service, the National Park Service, the Bureau of Land Management and others — are all headquartered in Anchorage. Because of an Alaska-specific law already on the books, the heads of those agencies meet monthly and are part of a cooperative planning group.

That kind of regular interaction and close consultation is something the department hopes to build on in Alaska — which is no stranger to disagreeing government agencies — and nationwide.

On Thursday, Zinke offered a scenario to show the jumble of government agencies that can oversee a single development project.

"If you have a trout and a salmon in the same stream, upstream you have a dam, downstream irrigation, and if that stream goes by a Forest Service holding, this is the way we're presently organized: The salmon are organized by (the National Marine Fisheries Service). The trout are managed by Fish and Wildlife. The water flow and temperature is Army Corps of Engineers upstream, downstream irrigation is Bureau of Reclamation. The — if it goes past a Forest Service holding, surface is Department of (Agriculture), subsurface is BLM, through me. And if you have a water compact then it's a trifecta of (Bureau of Indian Affairs), the state and the tribe," Zinke said.

"You can have, literally, multiple biological opinions produced independently by bureaus that don't have the same regions or don't talk," Zinke said.

The complaint isn't new. The multitude of agencies overseeing salmon was a talking point in President Barack Obama's 2011 State of the Union Address.

To shake things up, the Interior Department plans to create 13 new regions with boundaries that are drawn by watershed and geographic measures, rather than by states and other political boundaries.

Since that announcement in January, Zinke has been meeting with governors, particularly in the West, he said.

Later this year, the Interior Department plans to announce proposed new "hub" cities. The aim is to move some functions to cities with a lower cost of living than places like Seattle, Denver and San Francisco, so that lower-ranking, lower-paid federal workers could have a better quality of life on a smaller salary.

In Alaska, the changes will be less dramatic.

There may be some shifts to office space — consolidating space. They hope to further streamline aviation, law enforcement, procurement, realty, human resources and archaeological programs in Alaska, Wackowski said.

Zinke touted his agency's plans for a major reorganization Thursday in response to Alaska Rep. Don Young's concerns about potential "slow-walking" of projects by career staffers.

In his time to question Zinke on Thursday, Young asked him to review an Obama-era Bureau of Land Management decision in the eastern part of Interior Alaska, railed a bit about poached elephants, and urged Zinke to fire employees who seemed to slow-walk initiatives in hopes of waiting out the end of the Trump administration.

"I'm just worried, Mr. Secretary, that the bureaucracy which is in place now … is slow-walking you, and hoping that you'll no longer be with us after the next two years," Young said. "If I find out anybody's doing that, you definitely will hear from me, because I don't like slow-walking. I like things that get done.

"They have a responsibility, and if they're not doing it, get rid of them," Young told Zinke at the hearing Thursday.

Zinke agreed, and said that "we're all frustrated in the permit process."