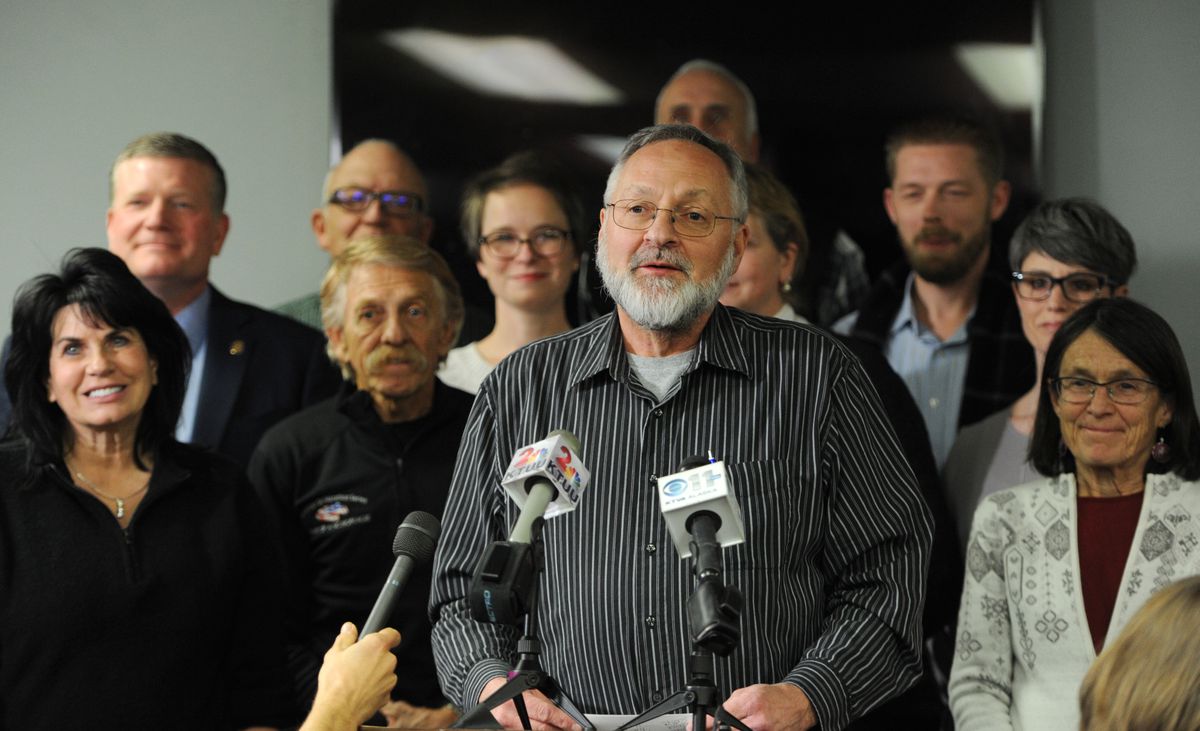 Dave Talerico of Healy was named the new Speaker of the House by the newly formed House majority caucus on Wednesday, Nov. 7, 2018. (Bill Roth / ADN)

Dave Talerico of Healy was named the new Speaker of the House by the newly formed House majority caucus on Wednesday, Nov. 7, 2018. (Bill Roth / ADN)

A Republican-controlled Alaska House of Representatives next session will be led by Rep. David Talerico, a retired miner from Healy, as part of a sweeping leadership shake-up in the chamber after Tuesday night's election.

Talerico announced the changes Wednesday afternoon at a news conference at the headquarters of the Associated General Contractors of Alaska in South Anchorage. He was flanked by 19 other members of the Republican House caucus, many wearing huge smiles.

Talerico said the group was still hashing out its guiding principles, but there was one major common factor besides party affiliation.

"We all want to control our spending, that's for sure," Talerico said.

Meanwhile, Democrats said it was far too early for Republicans to declare victory, noting that one House race was still close. As of Wednesday, Republican Bart LeBon was leading Democrat Kathryn Dodge by 79 votes.

"It's premature to focus on caucus organization before the election has been decided with a narrow 21-19 majority in place," Speaker Bryce Edgmon said in a prepared statement. "With one House race hanging in the balance, the outcome could easily be a 20-20 split. In the meantime, as we await the counting of hundreds of outstanding ballots, the Alaska House Majority Coalition is focusing on assembling priorities and concerns for the upcoming legislative session."

Dodge said in a brief phone interview Wednesday that she wasn't yet ready to concede the race.

Republicans got on track to score the 21-19 majority in the House after winning two key races. Rep. Paul Seaton, a Republican-turned-independent lost to Republican Sarah Vance; Rep. Jason Grenn, who ran as an independent in 2016, was unseated by Republican Sara Rasmussen.

If the results do hold in favor of Republicans, the House leadership will be a sharp departure from the mostly Democratic coalition that has controlled the chamber the past two years. In 2016, Democrats, moderate Republicans and independents joined to create a new majority coalition that was focused on coming up with a fiscal plan that could involve new revenues.

The rules committee chair will be Rep. Cathy Tilton of Wasilla. Rep. Chuck Kopp will be the House majority leader.

A caucus usually lasts the entire two-year term of a Legislature, though presiding officers and leadership do sometimes change midway.

[Map: How Alaskans voted in the 2018 election for governor, precinct by precinct]

Talerico said that other leadership positions were still being decided Wednesday.

"We're really trying to get our organization together," Talerico said.

Rep. David Eastman, of Wasilla, is a member of the new majority but was not in the room during the news conference.

Two other House Republicans were not present at the news conference: Rep. Gabrielle LeDoux of East Anchorage and Rep. Louise Stutes of Kodiak. Talerico said he'd invited Stutes to join the caucus but not LeDoux, and that Stutes had not yet gotten back to him. He suggested he may also reach out to some Democrats about joining the caucus.

But Wilson said she wasn't worried about internal divides in the new majority. The members all support the new Republican governor, Mike Dunleavy, Wilson said.

After the news conference, the caucus members filed into a back room to keep hashing out details.

One key factor is likely to be in flux for several days: The nail-biter race between Senate President Pete Kelly and Rep. Scott Kawasaki. As of election night, Kelly was leading Kawasaki by just 11 votes, leaving the outcome to absentee and questioned ballots.

A victory by Kawasaki would force new leadership in the Senate and give Democrats a bigger presence on committees and in votes on budget matters.

But Republicans were set to retain firm control over the chamber, regardless of whether Kelly is re-elected.