Dunleavy names new members of the team that will shape state government, including a familiar face 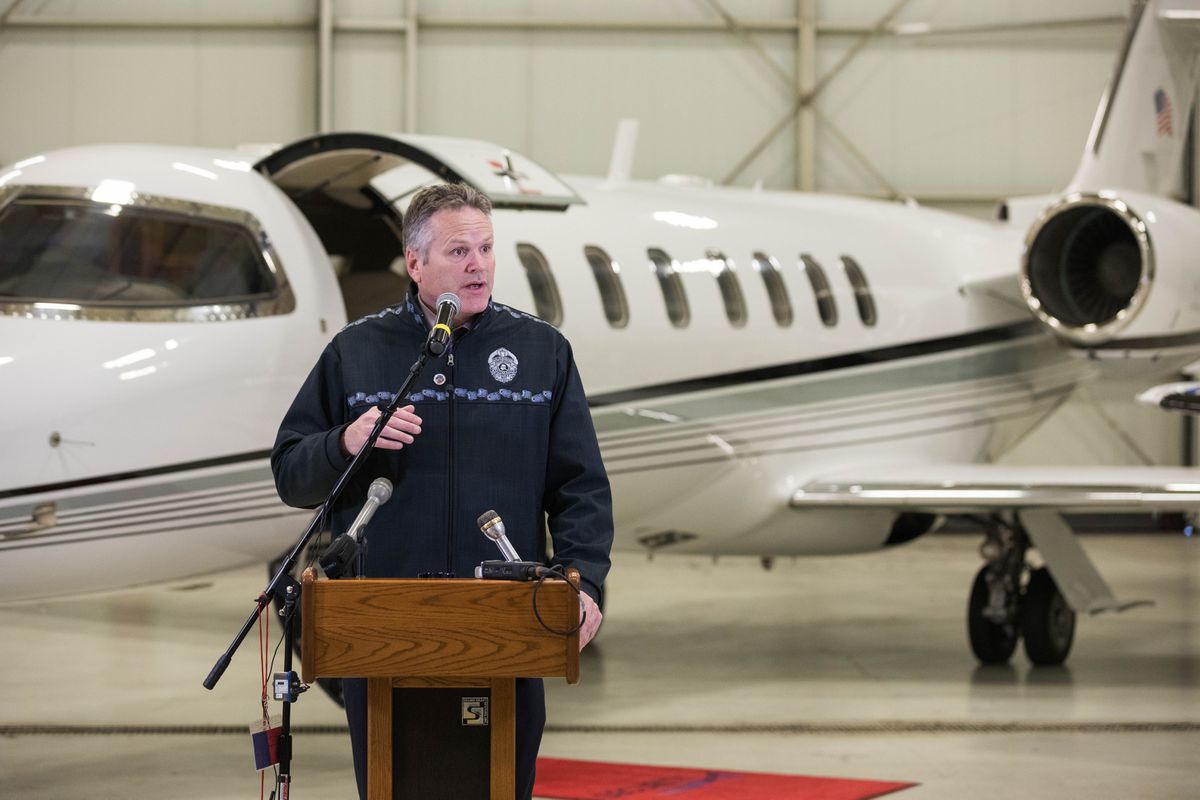 That's one of the announcements transition chairman Tuckerman Babcock made Friday in a news conference held in an hangar at Security Aviation in Anchorage.

“No one knows more about the project than the former Gov. Sean Parnell, and his previous work on AK-LNG moved the project along to a point it’d really never reached before,” Babcock said, planes parked behind him. “He (Parnell) stands ready to evaluate where we are as we move forward and advise the governor-elect.”

Babcock was head of the Alaska Republican Party before stepping aside to help Republican Dunleavy launch the new administration. He will be chief of staff once Dunleavy takes office in early December.

John Moller, who served as senior rural affairs adviser under Parnell, will be a policy adviser on the transition team and will join Dunleavy's administration. His duties will include advising Dunleavy on rural issues.

Dick Randolph, a former state legislator from Fairbanks who worked to repeal Alaska's income tax in 1980, will be the transition team's special adviser on constitutional amendments.

Randolph has "been a staunch defender of the Permanent Fund dividend and will provide expert counsel as we move forward on constitutional reform initiatives," Babcock said.

Asked what is being considered in regard to PFD-related constitutional amendments, Ward said in a text message: "That remains to be seen, but on the campaign Mike talked about enshrining the historical calculation in the constitution, so I'm sure Dick Randolph will analyze that aspect of it."

She did not say what else falls under possible constitutional reform initiatives.

"The only one I can confirm is the PFD," she said in a text.

['It's going to be rolled out pretty quick': Here's everything Gov.-elect Dunleavy said about super-sized Permanent Fund dividends]

Brett Huber, who Dunleavy named Thursday as senior policy adviser for his administration, said at Friday's news conference that Dan Saddler will be executive director for Dunleavy's policy council. Saddler is a Republican member of the Alaska House of Representatives, from Eagle River.

In addition to his role serving under Parnell, Moller is a Juneau commercial fisherman and former Dutch Harbor crab boat skipper, according to a statement from Dunleavy's transition team. Randolph has worked as a teacher, miner, and commercial fisherman in Bristol Bay. He ran as Libertarian candidate for governor in 1982 and Republican primary candidate for governor in 1986.

Dunleavy will be in Fairbanks on Saturday for an Alaska Outdoor Council dinner, said Erkmann Ward.