Recall Dunleavy group says it got more than 10,000 signatures on the first day 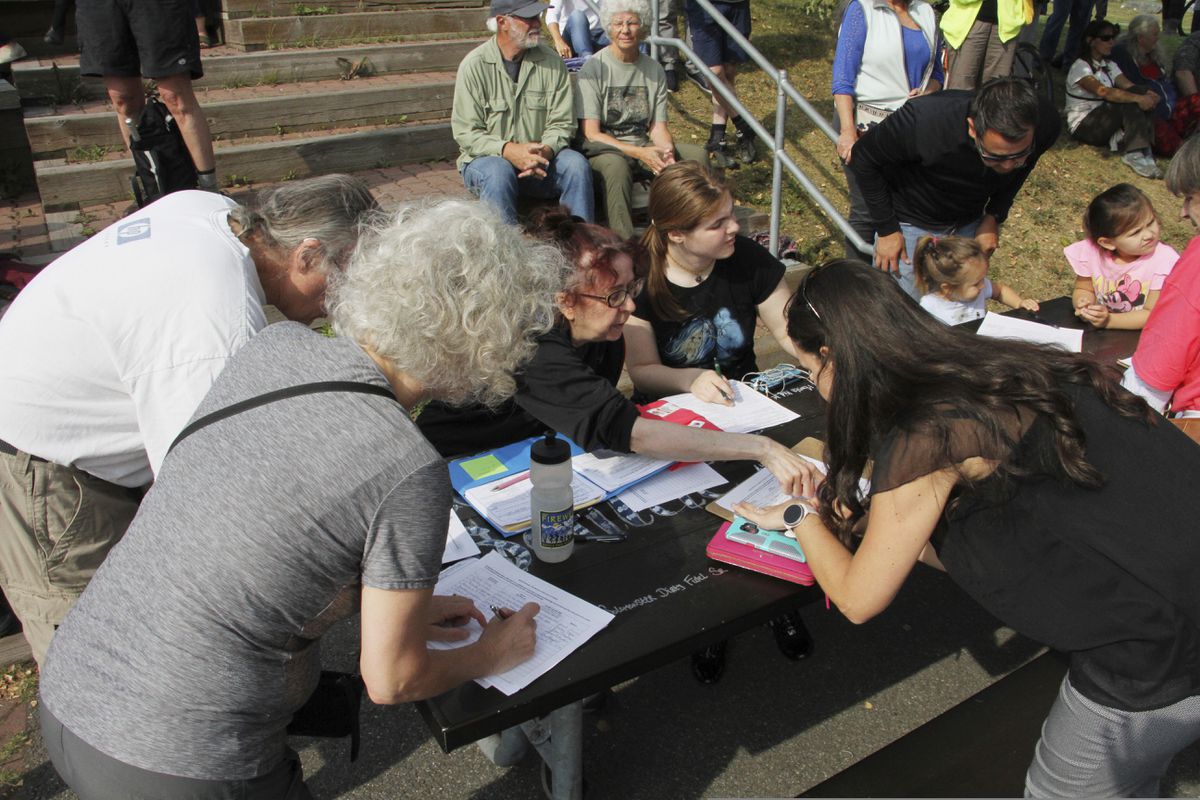 Organizers of the campaign to oust Gov. Mike Dunleavy from office said Friday they are well on their way to clearing a first signature-gathering hurdle.

The Recall Dunleavy initiative group acquired more than 10,000 signatures in about 20 communities, in a nine-hour span, after launching the drive Thursday morning, according to a statement from the group.

Dunleavy has outraged many Alaska voters with deep budget cuts and actions the recall group says range from illegal to incompetent.

Dunleavy has dismissed the recall effort as part of the political process, telling reporters recently that he doesn’t believe there are legal grounds for a recall. His spokesman, Matt Shuckerow issued a statement Thursday saying the governor "was elected as an agent of change, refusing to accept the status quo and keenly focused on addressing the challenges the many before him have been unwilling to tackle.”

To apply with the Division of Elections, overseen by Lt. Gov. Kevin Meyer, organizers must gather 28,501 signatures from registered voters, or 10% of the number of voters in the state’s last general election.

That will also need to be certified before an election can be held 60 to 90 days later.

Recall organizers said Friday they raised more than $13,000 in small donations from Alaskans in the first 24 hours of launching.

[Voters across Alaska sign on to recall Gov. Dunleavy]