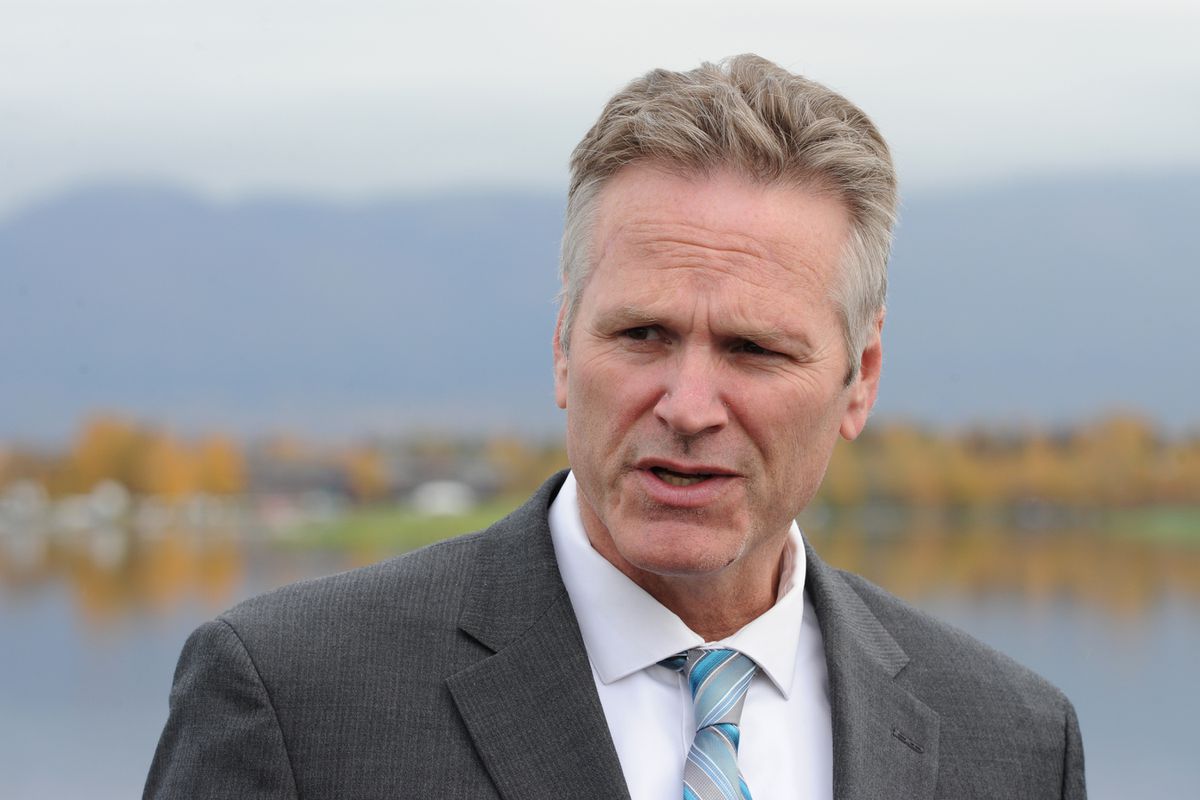 The Alaska Division of Elections on Monday declined to certify a petition to recall Gov. Mike Dunleavy from office, citing a legal opinion by the state attorney general. Proponents say they will challenge the rejection in court.

The opinion, issued Monday by Alaska Attorney General Kevin Clarkson, says petitioners gathered enough signatures, paid the appropriate fees and did the “technical” work correctly, but that the four allegations against the governor “fail to meet any of the listed grounds for recall — neglect of duty, incompetence, or lack of fitness."

“The recall application failed to make these showings. The grounds of incompetence and lack of fitness, as a matter of law, were not applicable here,” Clarkson said in a written statement.

“Without question, the recall application submitted to the Division of Elections meets the standard under Alaska law," said recall attorney and former attorney general Jahna Lindemuth in a written statement. "This rejection is without basis, and we will now turn to the courts for a remedy. We do so with confidence that we will receive fair treatment and we will prevail.”

Dunleavy is on a trade mission to Japan this week, but deputy communications director Jeff Turner provided a statement by email.

“Today’s opinion by the attorney general appears to be well reasoned. As I have always said, the allegations by the recall group are not legitimate reasons to overturn the outcome of the statewide election held barely a year ago,” the governor said.

Recall supporters gathered more than 49,000 signatures in little over a month because of discontent with the governor’s decision to veto more than $400 million from the state operating budget. About half those vetoes were subsequently reversed.

Even with 23 signature pages rejected for a technical error, recall backers had more than the 28,501 signatures needed to submit the petition to the the Alaska Division of Elections for consideration.

If the recall petition is upheld in court, backers would need to collect 71,252 verified signatures to trigger a special election. If the governor is recalled in that election, Lt. Gov. Kevin Meyer would become governor.

• He failed to appoint a judge under the schedule required by state law;

• He used state money and resources to make “partisan statements about political opponents and supporters”;

• He committed a mistake with a budget veto;

• And he violated the state constitution’s separation of powers with specific line-item budget vetoes.

The legal opinion issued addresses each of those four allegations in turn. It attributes the budget veto mistake to a “scrivener’s error," not an action by the governor, and says the Alaska Constitution permits the governor to delete “sums of money in any appropriation bill at his discretion.”

On the allegation that the governor used state money and resources for partisan ends, the legal opinion says the recall petition doesn’t make a strong enough case.

“Without more facts, it is impossible to determine whether the advertisements or mailers were intended for partisan purposes and whether the language was partisan,” the opinion states.

On the first reason for the recall, that the governor failed to appoint a judge to a vacancy within 45 days as required by law, the opinion says that because the position was still filled at the time of the replacement, with a departure still pending, it didn’t qualify as a vacancy.

In addition, “because the forty-five day timeframe is merely procedural rather than substantive, the mere failure to comply with it does not amount to neglect of duty,” the opinion states.

A footnote says the 45-day timeline is “considered more of a guideline than a mandate" and compares it to the often-ignored state law limiting sessions of the Alaska Legislature to 90 days.

Maria Bahr, an assistant attorney general with the Alaska Department of Law, said she did not know who worked on the opinion, but it was provided to the attorney general.

Division of Elections director Gail Fenumiai said she received the legal opinion Monday and had two draft decisions ready to go, depending upon the advice of the Department of Law. When the attorney general advised rejecting the petition, she followed suit.

“I base all of my decisions using the advice of the Department of Law,” she said. Asked whether she had ever acted against that advice, she said no.

In 1992, the only other time the Alaska Division of Elections has considered a recall petition against a sitting governor, the Department of Law hired independent counsel to avoid the appearance of a conflict of interest.

Thickstun said at the time that it was “patently inappropriate” to have the attorney general, “who is appointed by and serves at the pleasure of the governor,” appoint the independent counsel.

After Thickstun approved the recall, the state sued itself: Attorney General Charlie Cole sought to have Thickstun’s decision overturned by the court system.

“You cannot run a democratic government with the director of elections ... setting off on a one-way frolic of her own," he said at the time.

Cole dropped the issue after others filed suit. Five cases were levied against the Division of Elections before a judge in Fairbanks ruled in 1993 that Thickstun was partially correct and the recall could continue. By then, backers had abandoned their cause, and both Hickel and Coghill finished their terms of office.