Rejected by state officials, backers of recall campaign against Gov. Dunleavy take their case to court 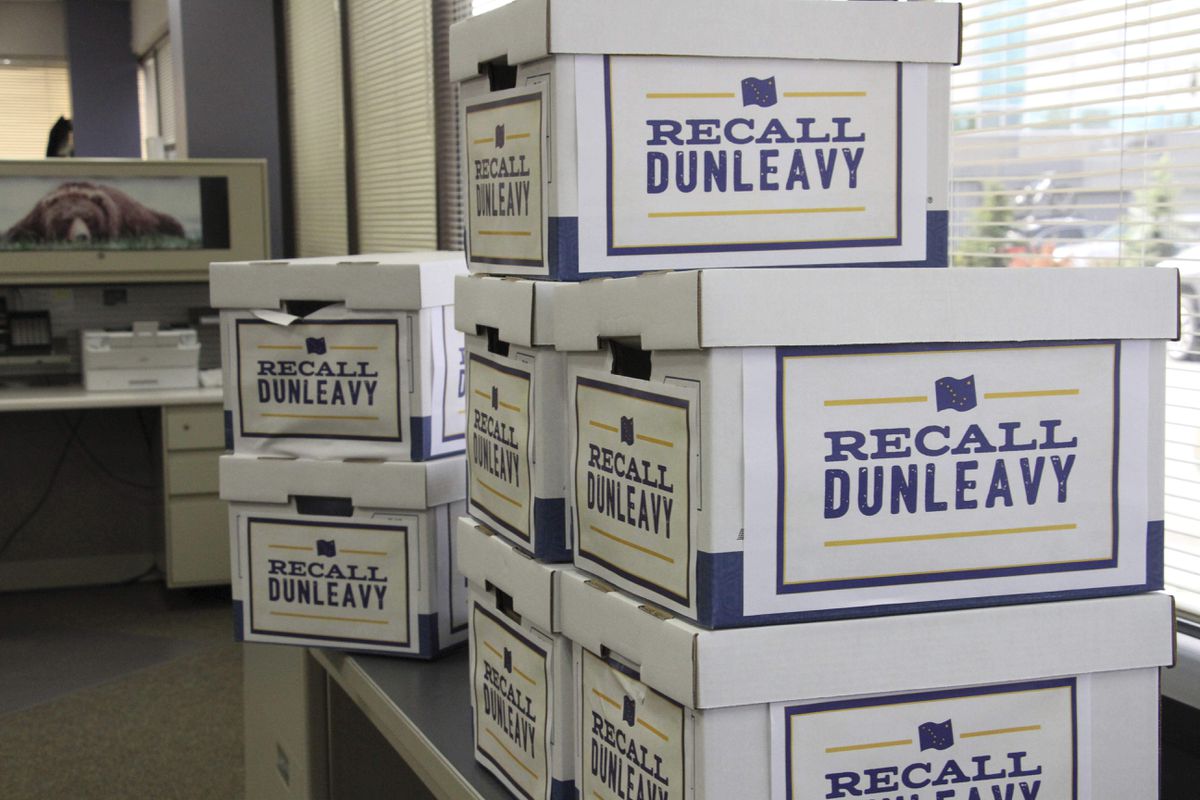 A day after their petition was rejected by the Alaska Division of Elections, proponents of a campaign to recall Gov. Mike Dunleavy have appealed their case to the courts.

The group Recall Dunleavy on Tuesday sued the Division of Elections in Anchorage Superior Court. The suit alleges the division and director Gail Fenumiai improperly dismissed the petition and asks the court to order the resumption of the recall process.

“We are going to seek relief promptly, and we expect to prevail,” said Scott Kendall, an attorney for the group.

The Alaska Department of Law does not typically discuss cases in progress, but an official said by email that the state is aware of the appeal.

“The Department of Law represents the Division of Elections and will review and respond in a timely fashion to the pleadings filed by the recall group,” said Maria Bahr, an assistant attorney general for the Alaska Department of Law.

Regardless of the Superior Court’s decision, the case is expected to be appealed to the Alaska Supreme Court.

Recall backers have requested the court hear arguments during the week of Dec. 2 and render a decision the following week. Attorneys for the state, according to legal filings, are opposing that request and do not believe speedy consideration is necessary.

“Plaintiff expects it could have submitted sufficient signatures by the end of this year if the petition had not been unlawfully denied,” wrote Jahna Lindemuth, a lawyer for Recall Dunleavy. “This would have resulted in a recall election in early spring, during the legislative session. Alaskans have a right to have a different governor address the legislature’s budget and other legislation proposed during this upcoming session.”

Recall Dunleavy’s lawsuit states that when the director of the Alaska Division of Elections examines a petition for recall, Alaska law allows her to determine only whether the petition lists a legal reason for recall, whether it has enough signatures and has followed the proper procedures. If the petition has done so, the lawsuit says, state law requires the director to approve it.

“The director must assume the factual allegations listed in the application are true for the purpose of this determination,” the lawsuit states.

Under state law, an elected official can be recalled only for reasons of incompetence, lack of fitness, neglect of duties or corruption.

Recall proponents offered four reasons they met those requirements, but in a legal opinion, Alaska Attorney General Kevin Clarkson said the reasons were not sufficient. Fenumiai followed Clarkson’s legal advice and rejected the petition for recall, leading to Tuesday’s appeal.

Monday’s action is the latest step in a process that formally began in July, when recall proponents announced their intent to remove the governor from office and began gathering the signatures necessary for the Division of Elections to consider their application.

In five weeks, backers gathered more than 49,000 signatures, and the state spent 60 days counting those signatures and pondering whether the legal grounds for recall had been met.

If the recall petition is upheld in court, backers would need to then collect 71,252 verified signatures to trigger a special election. If the governor is recalled in that election, Lt. Gov. Kevin Meyer would become governor.