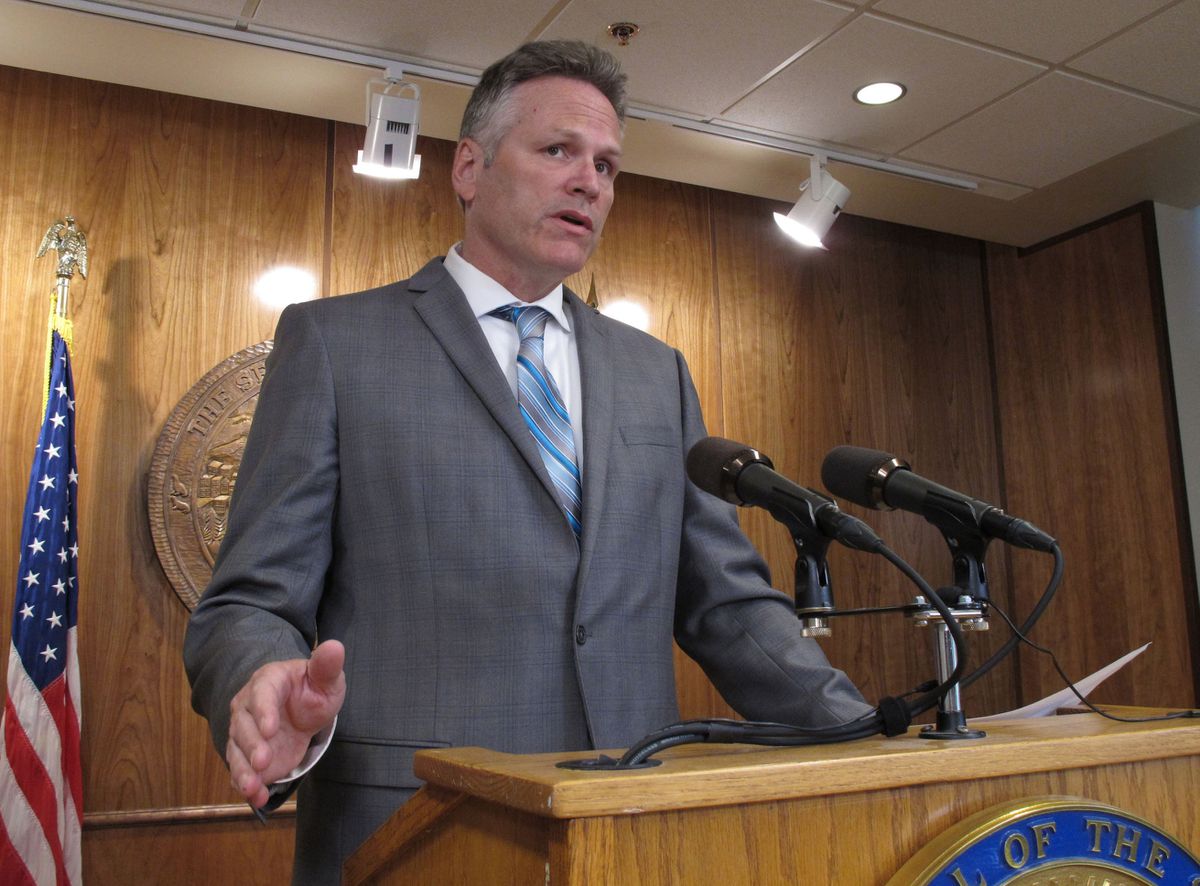 Alaska Gov. Mike Dunleavy speaks to reporters about his budget vetoes at the state Capitol in Juneau in June. (Becky Bohrer/AP)

Alaska Gov. Mike Dunleavy speaks to reporters about his budget vetoes at the state Capitol in Juneau in June. (Becky Bohrer/AP)

A lawsuit to determine the legality of the recall campaign against Gov. Mike Dunleavy will be argued Jan. 10, Anchorage Superior Court Judge Eric Aarseth ordered Thursday.

Recall Dunleavy, the group supporting the recall, sought to have arguments in December. That schedule would have increased the chances of having a special election before the end of the legislative session and any decision on budget vetoes.

The governor is expected to unveil his draft of the state budget on Dec. 15, and the Alaska Legislature convenes Jan. 21 for a constitutionally limited 121-day session.

“A month matters in terms of who is the governor wielding the veto pen at the end of the session,” said Recall Dunleavy attorney Susan Orlansky, attempting to make the case that recall supporters would be harmed by a January date.

It was Dunleavy’s decision to veto more than $400 million from the state operating budget in June this year that kickstarted the recall campaign against him. (About half the vetoes were subsequently reversed.)

Both of those attorneys argued that hearings in January are still faster than a normal civil case, and given that the Alaska Supreme Court has never ruled on a gubernatorial recall case, it makes sense to move deliberately.

“There’s no reason to be in such a hurry here, and that’s the state’s position,” Paton-Walsh said.

Paton-Walsh had suggested the court could hold verbal arguments in January, and Aarseth called that schedule “a very reasonable plan” before approving it. Both sides will be trading legal positions by email in the meantime. Regardless of Aarseth’s verdict, both sides expect an appeal to the Alaska Supreme Court.

If both the Superior Court and Supreme Court rule in favor of the legality of the recall campaign, backers would undertake another round of signature-gathering necessary to call a special election. Earlier this month, Recall Dunleavy attorneys suggested they could gather the necessary signatures within two months. Any special election would take place 60 to 90 days after the Division of Elections determines enough signatures have been gathered.

If Dunleavy wins, he remains in office. If he loses, Lt. Gov. Kevin Meyer would become governor.

First, however, are the legal arguments. The Alaska Division of Elections, citing a legal opinion by the Alaska Department of Law and Attorney General Kevin Clarkson (a Dunleavy appointee), declined to certify the recall effort. The legal opinion said that recall backers had not met the standard for a recall.

Recall Dunleavy, the group supporting the recall, immediately appealed the division’s decision to the court system. Thursday’s hearing was intended to set the schedule for that appeal.

Correction: A previous version of this story incorrectly reported the time frame when a special election would take after signatures are gathered.