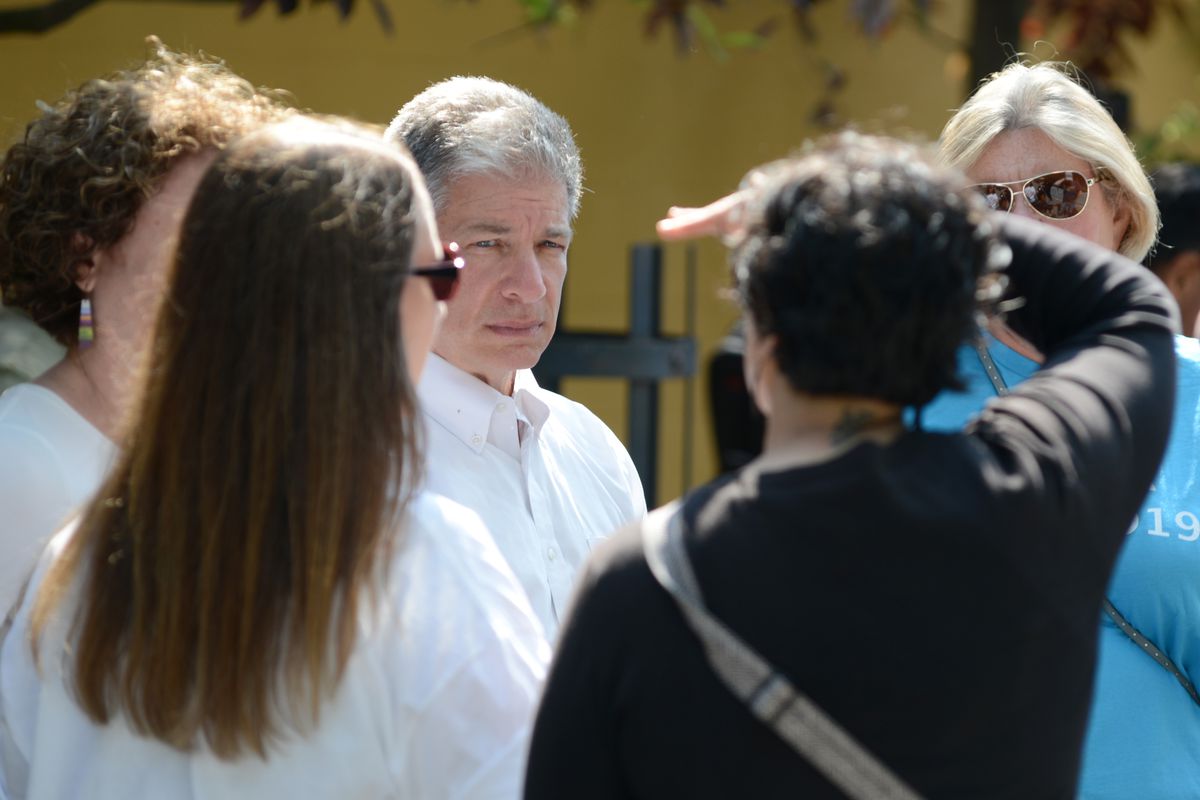 Property taxes are expected to increase in Anchorage in 2020 to make up for the governor’s elimination of half of the state funding used to pay down debt for school bonds, according to the mayor.

Gov. Mike Dunleavy’s total cut to the debt reimbursement amounts to nearly $49 million in state funds. Anchorage will shoulder the largest portion of the cut, $20.5 million, followed by the Matanuska-Susitna Borough at $9.2 million.

To pick up half of the state’s portion of the bills, Alaska cities and boroughs will likely raise taxes, cut services or a combination of both, said Nils Andreassen, the executive director of the Alaska Municipal League. “This has the effect of a state tax in a lot of ways,” he said.

In Anchorage, city officials estimated a $210 property tax increase for a $350,000 home in 2020. Mayor Ethan Berkowitz said he’s referring to it as the “Dunleavy tax increase.” The tax rate for this year is already set.

The governor’s veto is simply cost shifting, Berkowitz said Saturday. It leaves Anchorage taxpayers holding a bigger bill for the bond debts that voters approved up to two decades ago, he said.

“It’s like going out to dinner with a friend of yours and having them pull a dine-and-dash,” he said. “That’s what the state is doing. And I think that sends a terrible message to business because if the state is unwilling to keep its word to its municipalities, to its local jurisdictions, to its own taxpayers, how can business have any confidence that the state’s going to honor its obligations in other arenas as well?”

The state had a longstanding practice of reimbursing cities like Anchorage for 60% or 70% of school bond debt until a few years ago. In 2015, it stopped reimbursing for new school bonds but continued to help pay down debt from bonds passed in years prior. The bonds pay for a variety of construction and maintenance projects at local public schools, including new roofs and heating systems.

Dunleavy’s cut impacts the payments for older bonds. He unveiled the veto along with 181 others Friday, cutting a total of $444 million from the state operating budget in order to balance spending and revenues without raising taxes or reducing the Permanent Fund dividend.

The City and Borough of Juneau said in a statement that the governor’s veto will force it to use $3.7 million from a local savings account to pay down its school bond debt. The local assembly must restore the money to the fund, it said.

In the Matanuska-Susitna Borough, the local operating budget was reduced by $12 million, or roughly 8%, to make up for the loss in state funding, said borough manager John Moosey. Property taxes were also increased by about $17 for a $350,000 house, he said.

When planning for the budget for the fiscal year that starts Monday, he said, the borough had braced for the total elimination of state funds for school bond debt.

“It hurts, but the Assembly approved a budget anticipating this,” Moosey said.

In Fairbanks, taxpayers were seeing rates increase as a result of the veto, said a statement from Fairbanks North Star Borough mayor Bryce Ward.

Aside from the cut to bond debt, there are many other vetoes that will have harmful impacts to the Anchorage community, Berkowitz said. He called a press conference Saturday to discuss cuts to funding for homeless services. The potential job losses due to the cut to state support for the University of Alaska would send huge ripples through the economy, he said.

“I don’t know how you build a stronger, better Alaska by kicking Alaskans out of work,” Berkowitz said. “This is not open for business. This is bad for business.”

Here’s a partial list of the Dunleavy line-item vetoes

Some want lawmakers to override the vetoes. What happens now?

Lawmakers are deeply split on Dunleavy’s vetoes, but getting votes to override will be difficult