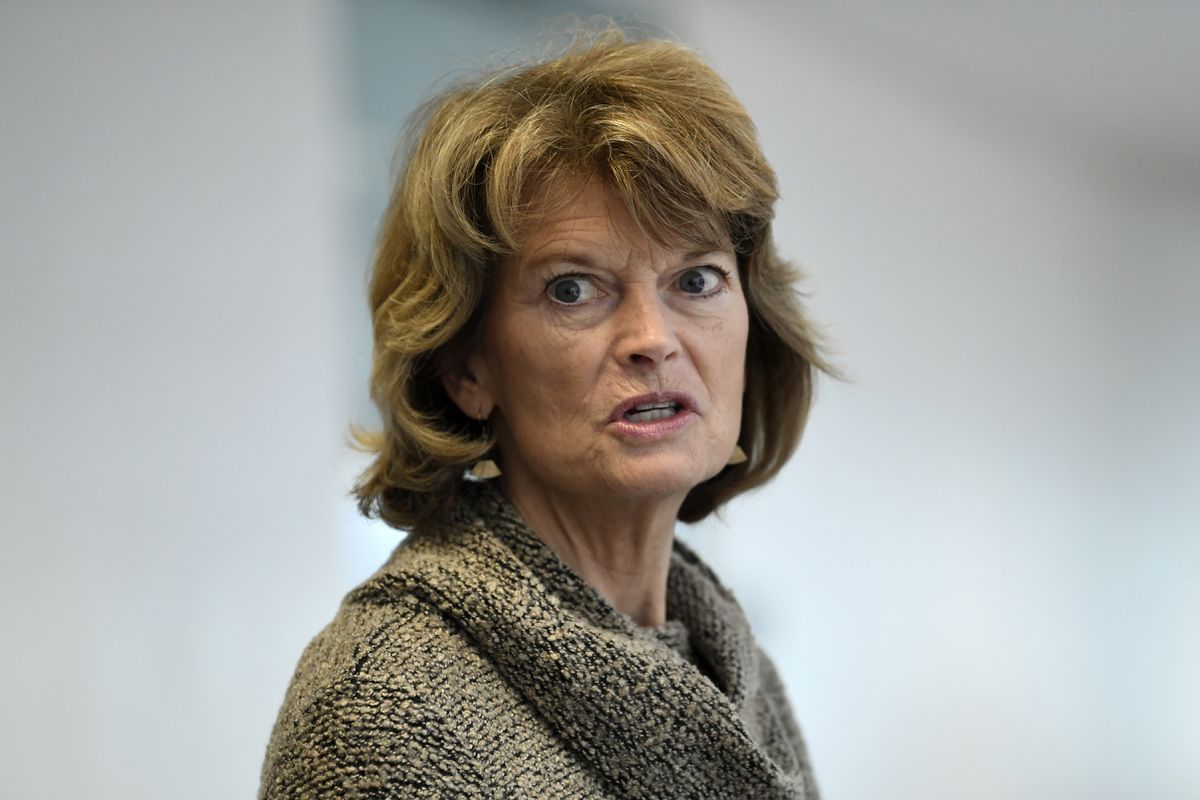 Alaska U.S. Sen. Lisa Murkowski told reporters on Thursday that criticism levied at President Donald Trump by his former defense secretary is “true, honest, necessary and overdue” and said she is “struggling” with her support of the president.

Murkowski’s comments represent an unusual rebuke for a Republican senator of the president’s actions in a time of national crisis, with widespread demonstrations and unrest spurred by the death of George Floyd while in the custody of Minneapolis police.

Trump swiftly clawed back, saying in a series of afternoon tweets hours after the Alaska Republican’s comments that he would campaign against her in her next election.

“Get any candidate ready, good or bad, I don’t care, I’m endorsing," the president tweeted. "If you have a pulse, I’m with you!”

...Unrelated, I gave Alaska ANWR, major highways, and more. Get any candidate ready, good or bad, I don’t care, I’m endorsing. If you have a pulse, I’m with you!

Murkowski had not responded to a request for comment on Trump’s threat as of Thursday evening.

Most other GOP lawmakers, including the other members of Alaska’s congressional delegation, have not publicly disagreed with Trump’s approach.

In response to questions from the Daily News, the offices of Alaska Sen. Dan Sullivan, R-Alaska, and U.S. Don Young, R-Alaska, put out written statements Thursday, urging a “unifying” tone and message by the president, but stopping short of any criticism.

On Thursday, Murkowski was asked by reporters in Washington whether she could support Trump in the future.

“I am struggling with it,” Murkowski replied, a variety of news media reported Thursday. “I have struggled with it for a long time.”

She also said Trump was the “duly elected president” and that she’d continue to work with the administration, Reuters reported.

Murkowski told reporters that she agreed with the blistering assessment offered by Trump’s former defense secretary, Jim Mattis, in a written statement published by the Atlantic on Wednesday.

In the statement, Mattis denounced Trump, calling him a threat to the Constitution and saying he was trying to divide, rather than unite, the country.

Mattis also backed people protesting the death of George Floyd while in custody of Minneapolis police.

“I thought Gen. Mattis’ words were true and honest and necessary and overdue,” Murkowski said.

During the 2016 presidential campaign, both Murkowski and Sen. Dan Sullivan, R-Alaska, called on Trump to drop out of the race after the release of a video in which the GOP nominee boasted in vulgar language about forcing himself sexually on women. Both said they weren’t voting for him at the time.

Later on Thursday, speaking on the Senate floor, Murkowski said constituents and friends had challenged her silence about Floyd’s death.

“I have been chastised by some ... some very close friends who have said ‘You’re silent, Lisa. Why are you silent?’” she said.

Murkowski said she had “struggled to find the right words” to talk about the moment of reckoning over systemic racism in America. She acknowledged that her perspective was different than that of Sens. Cory Booker and Kamala Harris, who’d earlier made impassioned speeches on the Senate floor about an anti-lynching bill.

“As a white woman born and raised in Alaska, with a family that was privileged, I can’t feel that openness and rawness that I just heard expressed by my friends Cory and Kamala,” Murkowski said. “I haven’t lived their life. But I can listen, and I can educate myself.”

The other members of Alaska’s delegation have made statements decrying Floyd’s death, with Young calling it a “suffocation” and Sen. Dan Sullivan describing it as a “shocking and sickening act.”

The killing of George Floyd was a shocking and sickening act. Those involved must be prosecuted to the fullest extent of the law. Racism in America unfortunately continues to exist. It is real, it is evil, and it should never be tolerated.

Sullivan was not directly critical of Trump, but broke with the president on sending the military to quell protests.

“I have deep respect for Jim Mattis and his service to our nation. I agree with all calls for unity at this time, and have been emphasizing the same,” his statement said Thursday. “While I would urge the president to try to strike a unifying tone and message during these challenging times, the blame game and finger pointing on issues of race in America are not constructive, particularly now.”

Sullivan said he doesn’t believe “federal active duty troops should be deployed unless a governor has affirmatively requested them,” in an emailed statement.

Young said he supports Trump and wants him “to be successful in unifying our nation and healing our wounds."

“I am very proud of Alaskans who peacefully demonstrated over the suffocation of George Floyd," he said. “They respectfully exercised their First Amendment right and had their voices heard.”