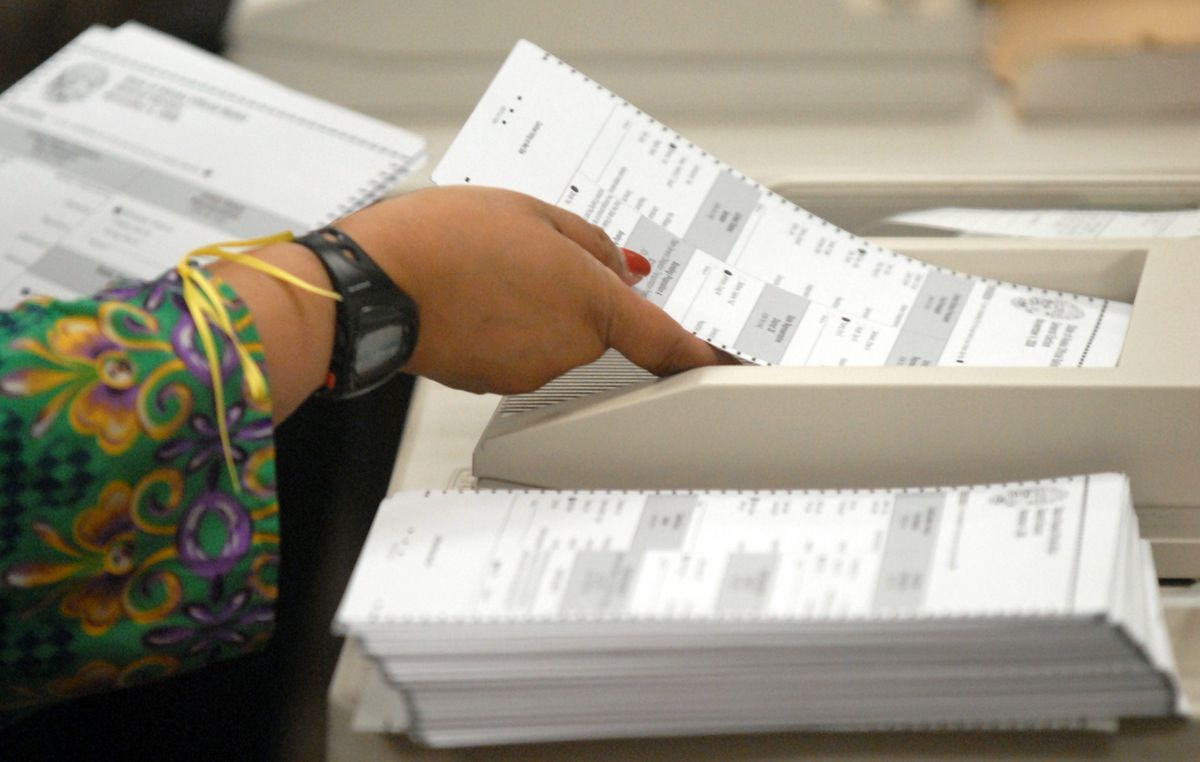 Early and absentee ballots being counted at the Alaska Division of Elections in Anchorage on Nov. 12, 2008. (ADN archive)

Early and absentee ballots being counted at the Alaska Division of Elections in Anchorage on Nov. 12, 2008. (ADN archive)

Democratic members of the Alaska House of Representatives say a new state voting plan discriminates against Alaska Natives and people of color, and they are calling for Lt. Gov. Kevin Meyer to change it before the state’s Aug. 18 primary election.

Under the state’s plan, the Alaska Division of Elections will send absentee ballot applications to all registered voters who are at least 65 years old. Those applications, if filled out and returned to the state, would allow those voters to cast a ballot by mail. The state says it’s an effort to allow vulnerable Alaskans to vote without exposing them to crowded polling places where they may be at risk of contracting COVID-19.

But in a Thursday letter, Rep. Matt Claman, D-Anchorage, said all registered voters should receive those applications. Limiting them by age is discriminatory, he said, because 77% of 65-and-over Alaskans are white, while 67% of under-65 Alaskans are.

[With elections looming, Alaska faces a shortage of poll workers because of COVID-19 concerns]

Sen. Gary Stevens, R-Kodiak, served on a statewide elections advisory panel and said he thinks the over-65 plan is “a great idea,” but it would be even better to send applications to all registered voters.

“If we allow seniors to apply for vote by mail, we should allow everyone to do that,” he said.

Alaska law allows anyone to use the absentee process to vote by mail for any reason. Voters have to print out a form available online, then mail it to the Division of Elections. Gail Fenumiai, director of the division, said the state plans to further simplify that process with an entirely online request process.

Automatically mailing absentee ballot applications is new, however, and Meyer previously said his plan was based on the advice of medical experts who said Alaskans 65 and older are particularly vulnerable to COVID-19.

Claman responded that rural Alaskans in general are vulnerable, referring to the state’s history of tuberculosis and the 1918 Spanish Influenza epidemic.

[At entry deadline, Alaska’s political primary is stocked with candidates]

When asked why Alaska decided to limit the process by age, Applebee said on Tuesday that “Mailing applications (or ballots) to everyone has become a politically charged and divisive issue.”

“We relied on the statements from our medical professionals to make the decision of a mailing to voters over 65 to avoid inserting politics into this decision,” he said.

Asked whether the issue could trigger a lawsuit and court fight, Claman said he didn’t know.

“At this point, I have no plans to do that. My view is the more you look at it and the more you look at the negative impacts on people of color throughout the state … the choice to only send to seniors is very troubling, even though I think the intent is positive,” he said.