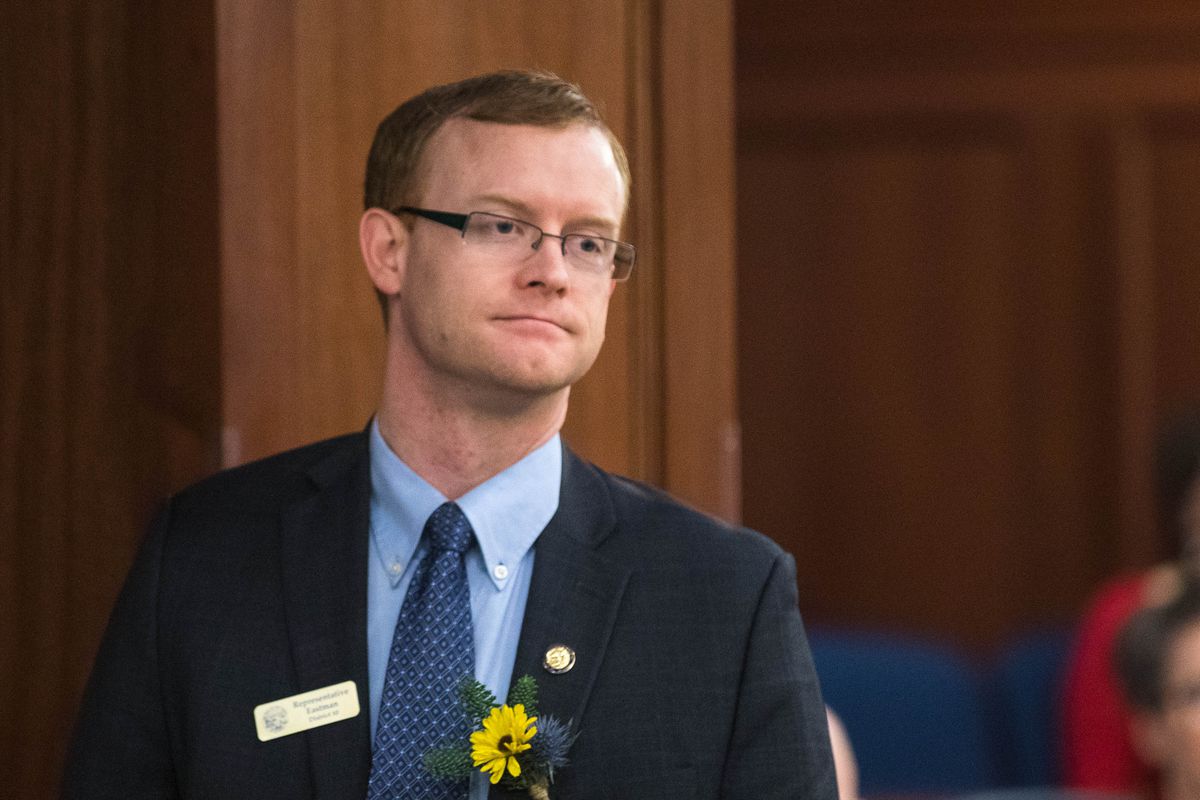 Rep. David Eastman, R-Wasilla, on the first day of the legislative session on Tuesday, Jan. 15, 2019 at the Alaska State Capitol in Juneau. (Loren Holmes / ADN)

Rep. David Eastman, R-Wasilla, on the first day of the legislative session on Tuesday, Jan. 15, 2019 at the Alaska State Capitol in Juneau. (Loren Holmes / ADN)

To take control of the Alaska House of Representatives, several Republican legislators are saying they first need to get rid of Rep. David Eastman, R-Wasilla.

Over the weekend, members of the House’s Republican minority went door-to-door in Eastman’s district, trying to garner support for his Republican primary challenger, Jesse Sumner. The primary is Aug. 18, and since the state’s current House districts were put into place, the Republican primary winner has won the district every time.

Tilton said Eastman was a key Republicans’ failure to control the House after the 2018 election, when 23 GOP lawmakers were elected to the 40-member state House. Soon after the election, 21 of those Republicans said they were forming a majority.

Eastman, who was one of those 21, subsequently said he wasn’t prepared to promise his vote for Speaker of the House without some preconditions. With no firm Republican majority, some Republicans joined Democrats and independents to form a coalition majority after a month of deadlock.

“We had the opportunity to be a majority. We had the numbers. There were other things afoot, but the predictability of Rep. David Eastman played into the hands of others, and they were able to use that as their excuse,” Tilton said.

In the two legislative sessions that followed that election, Eastman wasn’t shy about criticizing fellow Republicans on a variety of issues, and in March this year, the House’s Republican minority put Eastman on “probation,” with House Minority Leader Lance Pruitt, R-Anchorage, saying that Matanuska-Susitna Republicans should reconsider who they want representing them in Juneau.

“David Eastman has been working against his own people, and he’s been doing it for the past two years,” Shaw said.

“We want somebody to come in with an open mind and an open heart and be part of the team,” he said.

Sumner, a borough assemblyman and co-owner of a local construction firm, has spent more than $66,000 of his own money on his campaign and has said in campaign events that his district needs someone who will work with fellow Republicans.

Eastman said there’s no way he will join “the good old boy caucus” in the Legislature if he is required to pledge his vote on topics he hasn’t considered.

Pruitt wasn’t involved in the door-knocking program, he said, but Eastman said he believes the minority leader is behind it.

Most majorities in the Alaska Legislature operate under “binding caucus” rules that require lawmakers to support procedural actions and budget votes. In exchange, participating lawmakers receive additional staff, better offices and committee assignments that allow them to direct the flow of legislation.

After the 2018 election, Eastman said he wasn’t willing to pledge his vote without knowing what it would be used for.

“What they tried to pull last time was just obnoxious: ‘We’re going to have an agenda, we don’t know what it is yet, but we want you to sign on right now,‘” he said.

Eastman said the voters in his district oppose those kinds of binding agreements, and he wants to represent his district’s beliefs.

“If you’re against those, we’re going to have friction,” he said.