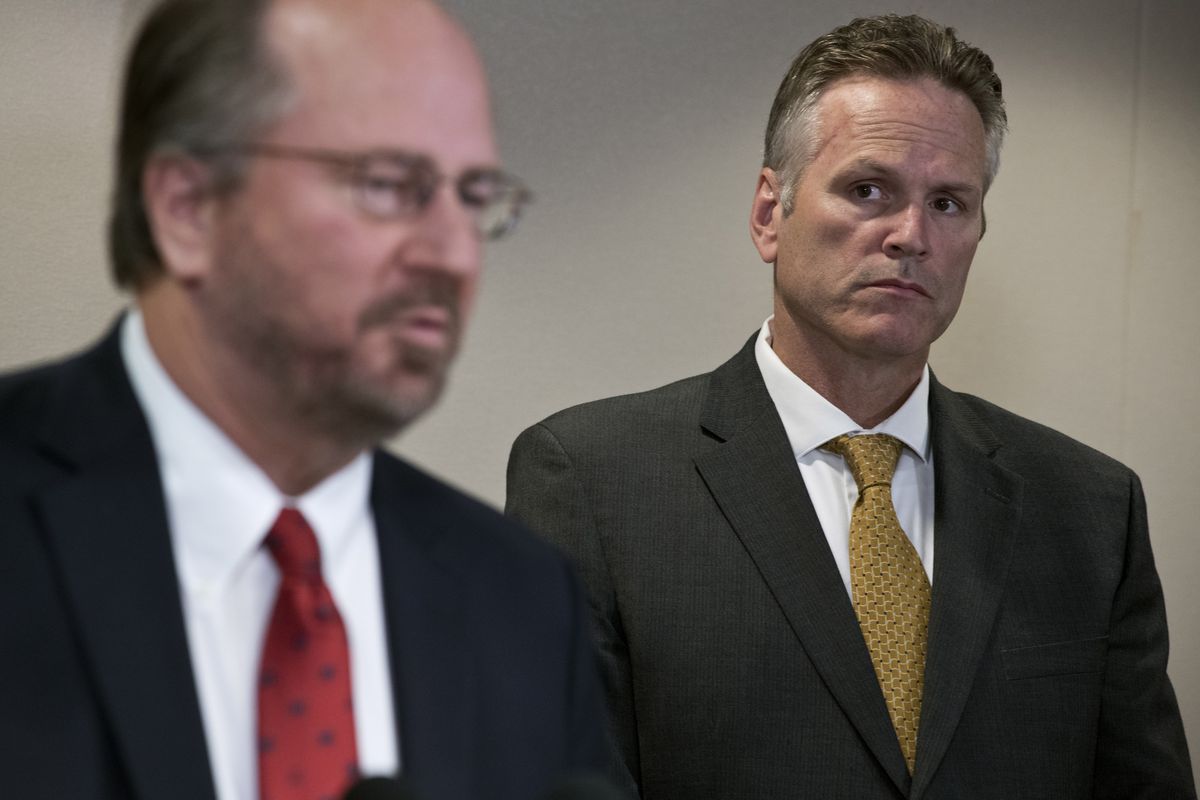 A coalition of eight Alaska organizations is calling on Gov. Mike Dunleavy to “carefully consider” the state’s next attorney general in the wake of the resignation of former Attorney General Kevin Clarkson in August.

Clarkson’s resignation followed a Daily News report that revealed Clarkson had been on unpaid leave for the month of August after sending hundreds of unwanted text messages to a female colleague that included kiss emoji, overtures of flattery and invitations to his home.

In a letter to Dunleavy sent Friday, the coalition said that Clarkson should not have been allowed to resign, but should have been fired instead.

“Former AG Clarkson’s sexual harassment of a junior state employee was abhorrent and his actions meet the standard of termination,” the groups wrote.

The coalition asked that Dunleavy take into consideration the state’s “continued crisis with rape culture and missing and murdered indigenous women and girls” when appointing the next attorney general.

They also asked that he appoint a woman or person of color to the position and said that candidates should have a “strong record of work against sexual assault and no history of violent charges or domestic violence restraining orders.”

The coalition had not received a reply from Dunleavy’s office as of Saturday afternoon, according to Charlene Apok, gender justice and healing director with Native Movement, an Alaska nonprofit that focuses on indigenous rights. The governor’s office did not respond to a request for comment from the Daily News on Saturday.

“We just want to send the message that we’re paying attention, and that what happened is unacceptable,” Apok said. She also said that the group wants increased transparency and accountability from the state about Clarkson and the future attorney general appointment process.

The Daily News report in August revealed that before Clarkson was appointed to the position in 2018, two requests for domestic violence protection orders had been filed against him in 1996. In those orders, Clarkson’s ex-wife accused him of harassing and threatening her.

One of the protective order requests was granted and it is unclear from court documents how the second was resolved. Clarkson wrote at the time in a response filed in state court that he did not commit violence toward his wife.

The governor’s office has not answered questions about whether Dunleavy knew about the requested protection orders before appointing Clarkson.

“To let it just go by silently, especially at that level, is just so infuriating. It’s disappointing,” Apok said.

The coalition’s letter said Clarkson exacerbated problems with sexual violence in Alaska during his tenure by giving plea deals to “predators” and in the promotion of John Skidmore to deputy attorney general.

The coalition said Skidmore fired former district attorney Florina Altshiler after she expressed concerns about inappropriate texts from a state trooper. That trooper was later charged with attempting to sexually abuse a minor he had contacted during a traffic stop.

However, the state said at the time that Altshiler was fired for for poor judgment and dishonesty in how she handled the state trooper internal investigation. Altshiler later filed a wrongful termination lawsuit that eventually went to federal court.

“Actions like these within the Department of Law send a message to those tasked with public safety that it is dangerous to try to address rape culture within the law enforcement community and advantageous to cover it up,” the coalition’s letter states. “This is completely counter to public safety.”