Lt. Gov. Meyer says no fraud found in election but he will seek an audit of voting on Ballot Measure 2 to reassure Alaskans 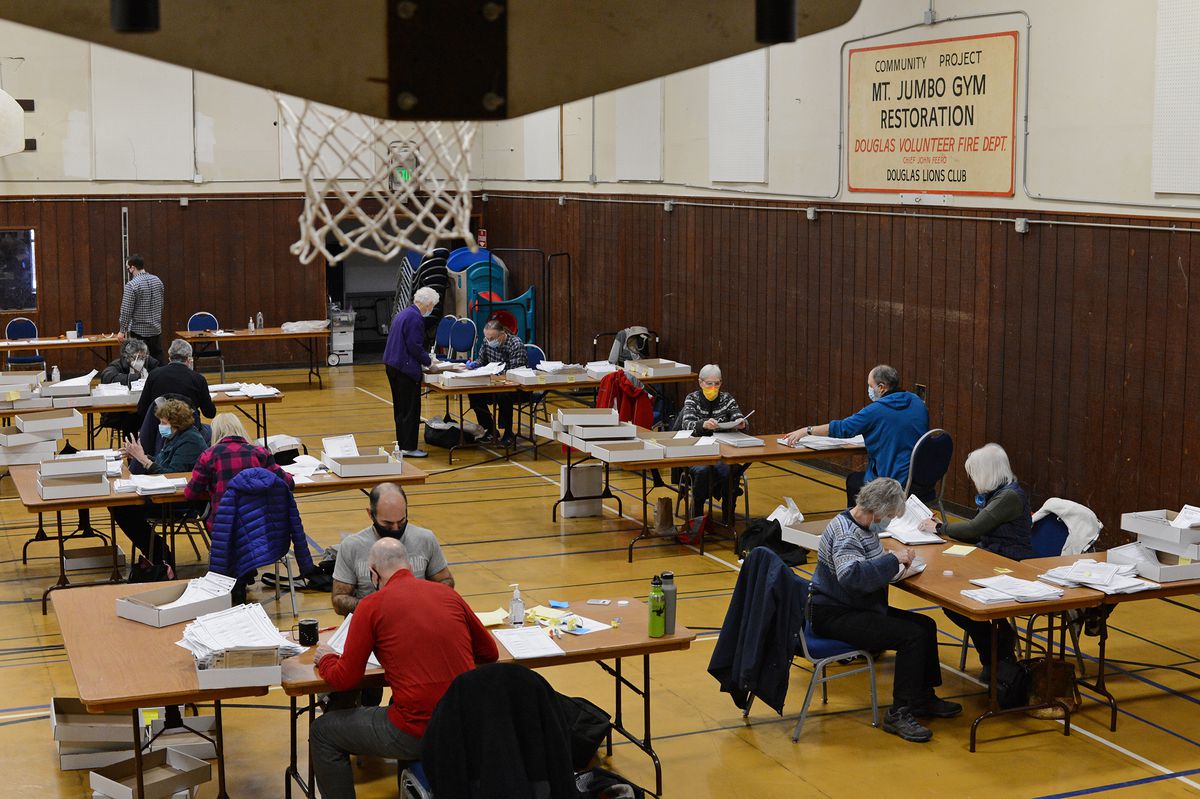 The elected official in charge of Alaska’s 2020 election said on Wednesday that he has seen no evidence of fraud or illegal activity in this year’s vote.

“No, we have not seen anything that looks like fraud or looks weird or looks like an irregularity,” Lt. Gov. Kevin Meyer said after the Alaska Division of Elections published final unofficial results.

Election officials will now spend a week double-checking the machine-counted result. Officials expect to certify the result Nov. 25. After that, any losing candidate can request a recount.

“We do not accept recount applications until the election has been certified,” said Tiffany Montemayor, the division’s public relations manager.

Meyer said on Wednesday that although he cannot request a recount, he intends to take the extraordinary step of asking officials to count all Ballot Measure 2 votes by hand.

That hand audit would take place after the results are certified.

Meyer believes the measure has won, but said a hand count would reassure voters that Alaska’s voting equipment is functioning as intended and is accurate. That equipment, from Dominion Voting Systems, is new but was used in the state primary without problems.

The president and Republican voters have groundlessly claimed that Dominion equipment has changed votes on a large scale. Meyer said he has received emails to that effect.

“I think some of the emotion and some of the concern may be caused from the national level,” he said.

While Meyer doesn’t have the authority to order a recount on his own, he intends to ask for a “management review audit” that would amount to the same thing: Workers examining ballots by hand, placing them into stacks for “yes” and “no.” He picked Ballot Measure 2, he said, because the result was close and he has received a large number of questions about it.

Neither he nor his chief of staff, Josh Applebee, were able to provide a cost estimate.

Election workers are already examining some ballots by hand. State law requires the ballots from one random precinct in each of the state’s 40 House districts to be checked by hand. Each of the precincts must account for at least 5% of the votes cast in the district.

If the hand count differs by more than 1% from the machine count, all of the district’s votes must be hand-counted, and the hand-count result is the one that is reported in the final official result.

This year’s hand count is still underway, and the Division of Elections couldn’t say Wednesday whether any precincts have found any errors.

The hand count normally takes place in Juneau’s convention center, Centennial Hall. This year, the convention center has been turned into a COVID-19 quarantine center, so ballots are instead being counted by 20 temporary workers in the 79-year-old Mount Jumbo Gym in Juneau, a former school facility now used by the local parks and recreation department.

On Wednesday, masked employees quietly sorted ballots into box-lids labeled “Trump” and “Biden” beneath basketball nets. Unlike the chaotic scenes that took place outside vote-counting locations in other states, there was no one outside the gym and only one Republican observer and one Democratic watcher inside.

Had she seen any signs of fraud or something awry?

“Absolutely not. It’s a very straightforward process,” she said.

Clarification: This article has been updated to clarify that the state’s new voting equipment was used in this year’s primary election.