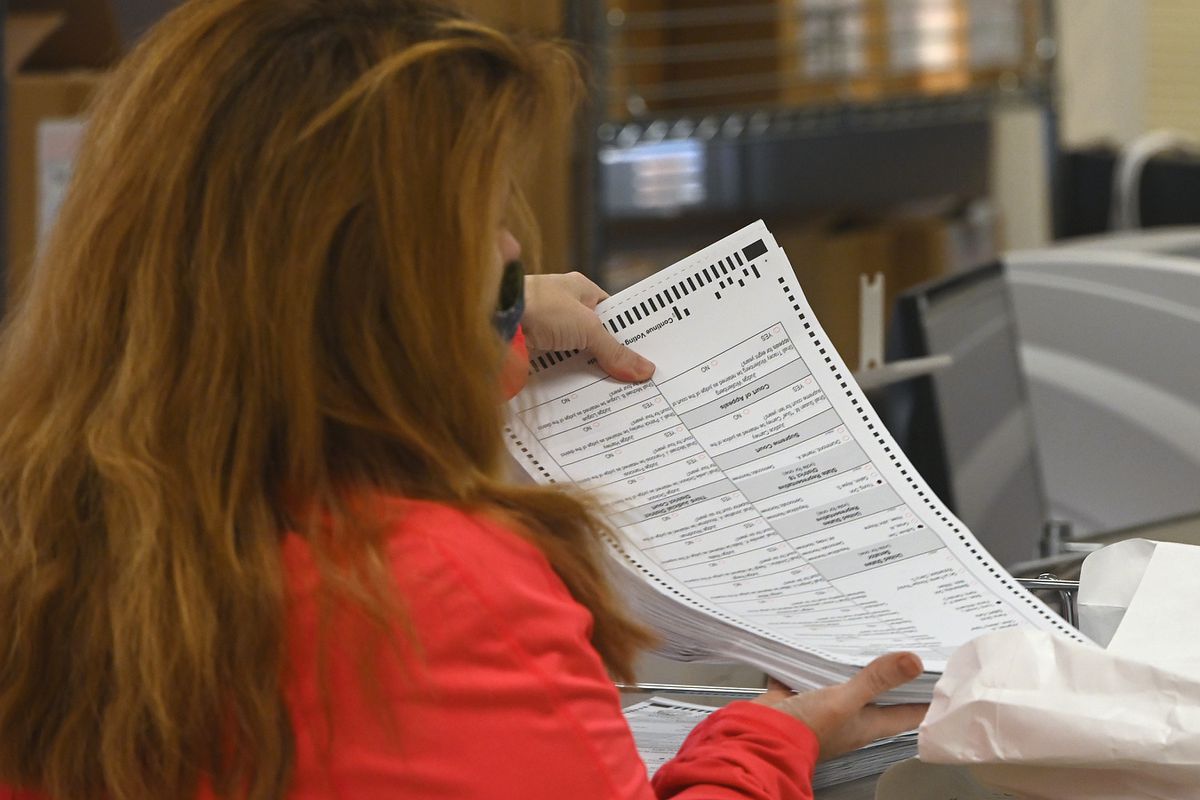 The Alaskan Independence Party, its chairman and two Anchorage residents are suing the state of Alaska to overturn Ballot Measure 2, a sweeping election reform initiative that would install ranked-choice voting in Alaska’s general elections.

Their lawsuit, filed Tuesday, claims that the measure would violate the plaintiffs’ rights “to free political association, free speech, right to petition, right to due process” and other rights guaranteed by the Alaska and U.S. constitutions.

Filed against the state of Alaska and the Alaska Division of Elections, the lawsuit requests that the measure be nullified, that it not be used in future elections, and for “costs, damages, and attorney fees as may be appropriate.”

If plaintiffs win, Alaska would keep its existing elections system.

Attorney Ken Jacobus, also one of the plaintiffs, said he wrote the lawsuit broadly in hopes that other plaintiffs will join.

Christine Hutchison, a member of the Alaska Republican Party Central Committee, said she will request that the party’s leaders discuss the lawsuit at their next meeting on Dec. 7. Hutchison shared her thoughts Tuesday afternoon as a caller on the KSRM Kenai talk radio show hosted by the Independence Party’s chairman, Bob Bird.

Earlier this year, Republican Party chairman Glenn Clary told lawmakers that if the measure passed, his party would consider a legal challenge.

The measure was approved by 50.6% of voters in the November general election and is slated to take effect in February.

In Maine, several lawsuits followed the passage of that state’s ranked-choice ballot measure in 2016. Alaska’s measure is broader than Maine’s.

It would eliminate the state’s system of having separate primary election ballots for Republican candidates and all other candidates. Instead, all state candidates for each political office would compete in the same primary election. The top four vote-getters, regardless of party, advance to the general election.

He wanted it to be filed early, in order for it to be resolved well ahead of the 2022 election, and to take place in state court.

“I think the law is probably more favorable to us in state court than federal court,” he said.

He said he sees the case as a “matter of months, not weeks,” unlike the numerous election-related lawsuits filed before Election Day.

Ballot Measure 2′s supporters are considering whether to intervene on the defense’s side.

“This case isn’t in any particular rush that we’re aware of,” said attorney Scott Kendall, who wrote much of the measure.

The state of Alaska has not yet been served with the lawsuit.