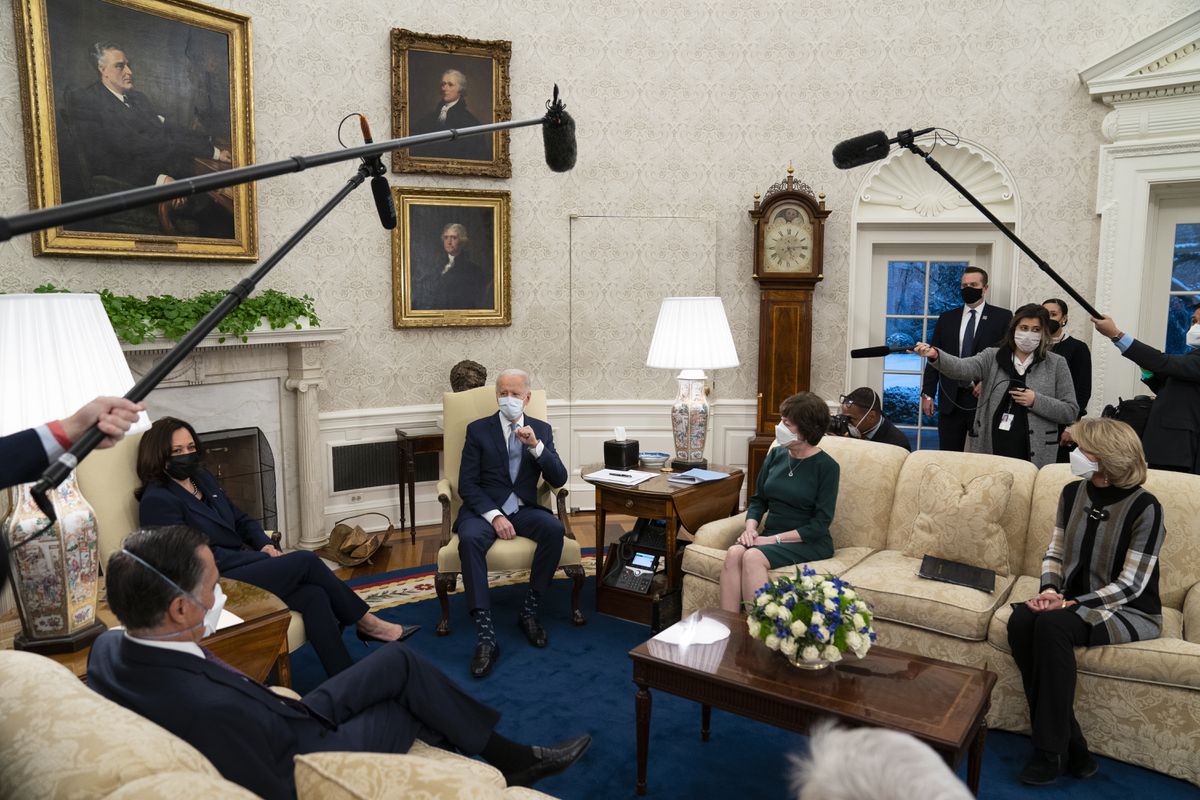 Alaska Sen. Lisa Murkowski met with President Joe Biden on Monday, joining a group of nine other Republican U.S. Senators in asking the president to consider a smaller COVID-19 relief package than his own $1.9 trillion proposal.

“None of us walked away saying, ‘OK, there’s a deal to be had here,’” Murkowski said, “But what I think our group of 10 walked away with and what I hope the President and the Vice President walked away with, was there was a good, honest, open, frank discussion about issues of substance.”

At $618 billion, the Republican idea has some key differences from the President’s idea:

* Biden’s plan contains $350 billion for state and local governments; the Republican plan has no additional money.

Both proposals include $160 billion for vaccine delivery and direct pandemic response.

“It’s not so much that we’re focusing on smaller is better. Targeted is better,” Murkowski said.

She said it doesn’t make sense to include things like cybersecurity funding — something proposed by Democrats — in the COVID-19 bill. The president has also proposed a $15 minimum wage within his proposal, and the Alaska senator said she opposes its inclusion in the relief bill.

“I do believe that there are parts of what the president has included in his plan that in my view, are extraneous to any kind of COVID relief, and actually harm the effort. The example that I will provide here is with minimum wage at $15 an hour,” she said.

Democrats hold a majority in the House of Representatives, but the Senate is tied 50-50 with the tiebreaking vote held by Vice President Kamala Harris. Sixty votes are currently needed in the Senate to conduct most business, and the 10 Senators — coupled with 50 Democrats — offer an avenue for the president to pass COVID-19 relief on a bipartisan basis.

Democrats could try to pass the relief bill without Republican help, but that process is a technically complicated one that uses specific Senate rules and could take until March, Murkowski said. She knows that from first-hand experience. In 2017, Republicans used the technique, known as budget reconciliation, to pass a tax-cut bill. Murkowski inserted a provision into that bill that allowed a lease sale in the Arctic National Wildlife Refuge.

“Reconciliation and budget resolution gives you tools to do things in a way that does not require bipartisan support. But it is a bear of a process,” she said.

“And I think our colleagues on the other side of the aisle are going to realize that.”