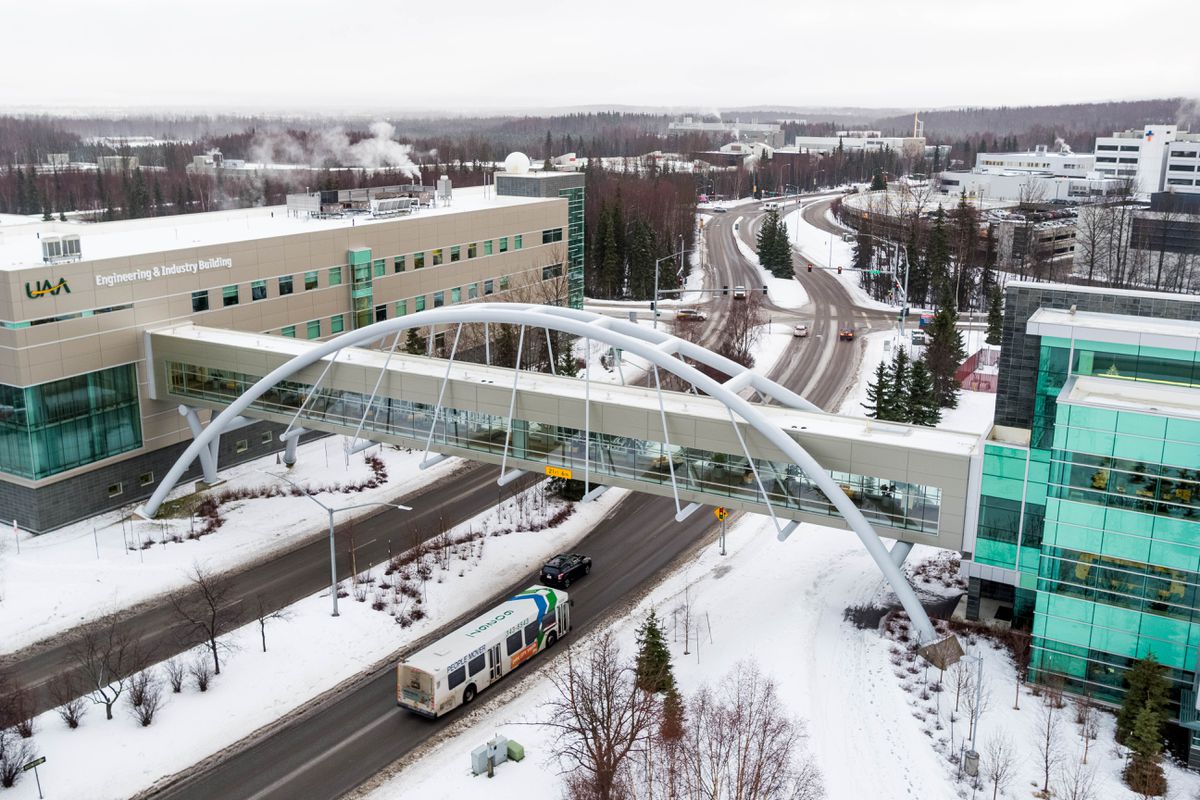 JUNEAU — Alaska Gov. Mike Dunleavy is making the case for his budget-cutting plan directly to staff and students at the University of Alaska, and reinforcing the idea that he is flexible about the look of the university system, as long as that look is affordable.

“The legislature now has a balanced budget before them,” the governor wrote. “THEY now can decide priorities of the budget. My administration is agnostic on this. This administration’s primary concern is that the budget does not exceed revenues or use savings.”

“I’m so furious,” he said in a follow-up message.

Dunleavy press secretary Matt Shuckerow said Tuesday afternoon that the letter is part of a “broader effort” by the governor to explain his budget to Alaskans.

A letter outlining possible cost increases at Alaska Pioneer Homes was sent to residents earlier this month. State commissioners sent letters to their employees when the governor released his budget proposal last month.

Dunleavy has proposed broad cuts to state spending in an effort to pay a larger Permanent Fund dividend without new taxes or spending from the Constitutional Budget Reserve. The governor contends that because the formula for the dividend is set in statute, the state is obligated to fully fund that formula. The Alaska Supreme Court has disagreed, saying the dividend is subject to the annual legislative appropriations process.

UA President Jim Johnsen told the Senate Finance Committee last month that the “17 percent” figure is inappropriate because reducing state support will also result in a loss of federal funds and tuition dollars as students and faculty leave. He predicted that if the governor’s cuts are fully enacted, the total loss could reach half the university’s budget.

Shuckerow said the governor does not want to cut the university budget, but it is necessary given the state’s deficit.

“These are not decisions that the governor takes lightly. This is a process that’s hoping to address a $1.6 billion deficit, and Alaskans need to understand where he’s coming from,” Shuckerow said.

Roberta Graham, a University of Alaska vice president and spokeswoman for the university system, said by email that “as far as I know, and anyone currently at the university can recall, the (letter) from the governor is without precedence.”

Graham said university officials consulted their attorneys and responded that they couldn’t provide a mailing list because of privacy considerations but would be willing to send it out.

“At that point, no one at the university knew what the letter would say nor did we have any input,” Graham said.

The letter arrived Monday with a request that it also be distributed to students.

“The legal team did some additional vetting and didn’t find anything that would preclude facilitating the governor’s additional request,” Graham said.