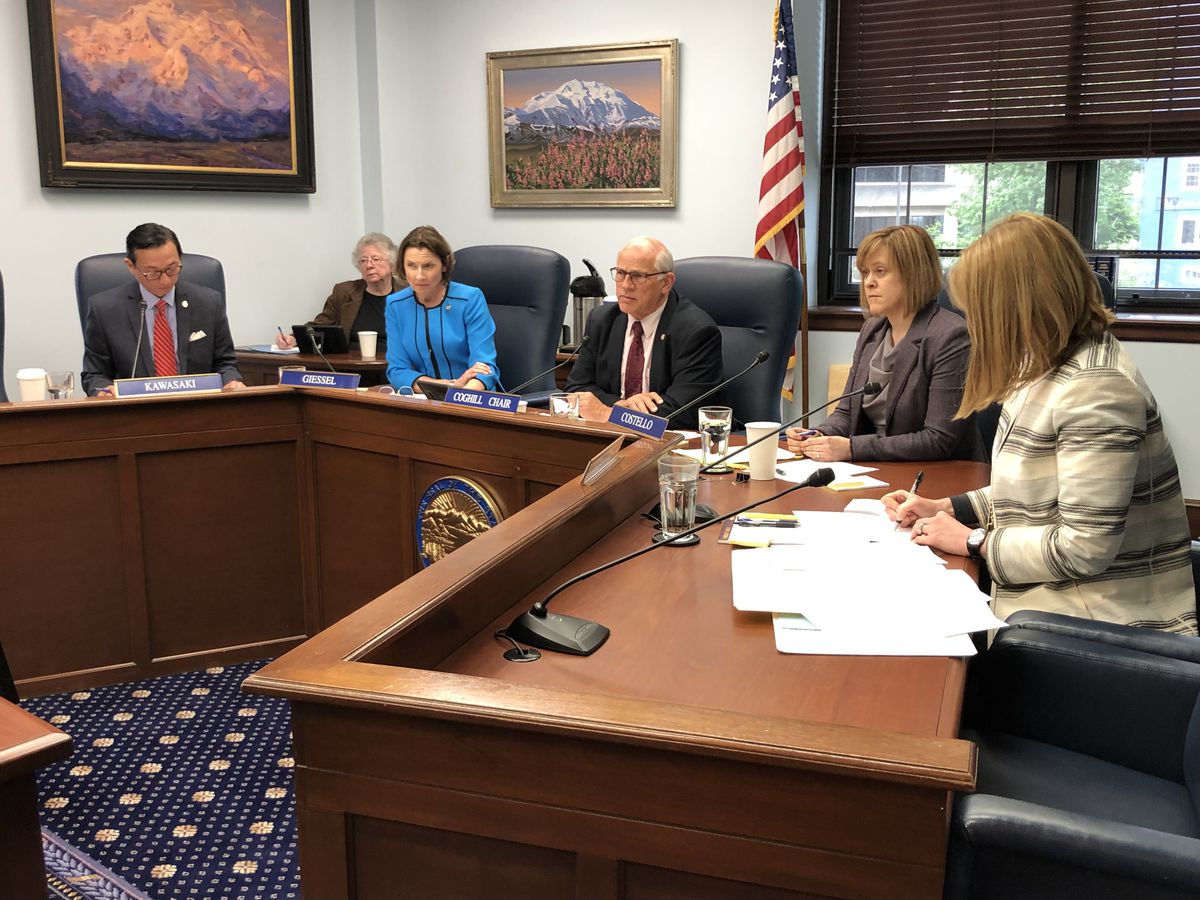 JUNEAU — As expected, the Alaska Senate on Monday introduced new legislation calling for a $1,600 Permanent Fund dividend this year. That amount will be hotly debated before a vote Tuesday, and an amendment changing the amount to $3,000 will be considered before senators take their final vote on the amount.

The new legislation seeks to separate the debate over the dividend from the rest of the state’s operating budget. It would not become effective unless approved by the House, Senate and governor.

In a message Monday afternoon, Gov. Mike Dunleavy said he would veto a $1,600 dividend if it passes the Legislature.

Lawmakers must pass — and the governor must sign — an operating budget before July 1 in order to avoid a statewide government shutdown. With lawmakers mostly agreed on other aspects of the state budget, separating the dividend could allow legislators to approve a budget more quickly while dividend discussions continue.

Sen. Bert Stedman, R-Sitka, said the $1,600 figure was chosen as a compromise: It’s what the dividend was in 2018. If lawmakers simply used the money left over after other government expenses are paid, the dividend would be $1,100 to $1,200, he said. That number was thought to be too little.

“There is no magic to the $1,600,” he said during a meeting of the Senate Rules Committee on Monday.

The committee considered and moved the proposal forward.

According to the text of the bill, the $1.07 billion needed for the $1,600 dividend would come from more than just the general fund, which would be asked for $770 million. (The general fund is receiving $2.9 billion from the Alaska Permanent fund this year.)

The state’s statutory budget reserve would be drained of the $172.4 million it contains, and the Alaska Higher Education Investment Fund would be asked for between $128.1 million and $148.1 million, depending on how many people are eligible for this year’s dividend.

“We don’t know how many qualified Alaskans are going to apply and how many checks are going to be sent out to Alaskans, so we have to have some flexibility,” Stedman said.

[With key votes looming, here’s where every member of the Alaska Senate says they stand on the PFD]

The education investment fund is used to fund merit-based and needs-based scholarships to the University of Alaska, according to legislative material from the university. The fund contained $344 million as of June 30, 2018 according to the nonpartisan Legislative Finance Division.

“There’s no reason to be alarmed that we’re going to make a huge structural change in that program over the next year or two,” Stedman said, explaining that enough money will be left in the fund to continue paying scholarships.

While the state has traditionally used only money from the Permanent Fund to pay the dividend, a 2017 decision by the Alaska Supreme Court ruled that the dividend is a budgetary line item, not an automatic transfer, and thus is subject to the same rules as the budget of any state agency.

The coalition majority in charge of the Alaska House of Representatives has insisted from its inception that this year’s dividend should not require overspending from the Permanent Fund or spending from state savings accounts.

Speaking Monday afternoon, Speaker of the House Bryce Edgmon, I-Dillingham, said he believes the House has the votes to approve a $1,600 dividend.

“It’s my expectation that there will be support to take action if the Senate does send us over a $1,600 dividend,” he said.

While the House and Senate could be aligned on a $1,600 dividend, the governor has the final word. In a message released Monday afternoon, Dunleavy said he would veto it.

“This bill kills the Permanent Fund Dividend as we know it. The PFD is your share of Alaska’s mineral wealth, and there should be no change to the dividend without a vote of the people,” the governor said in a prepared statement. “That’s what I promised on the campaign and that’s the promise I intend to keep. I cannot and will not support this legislation.”