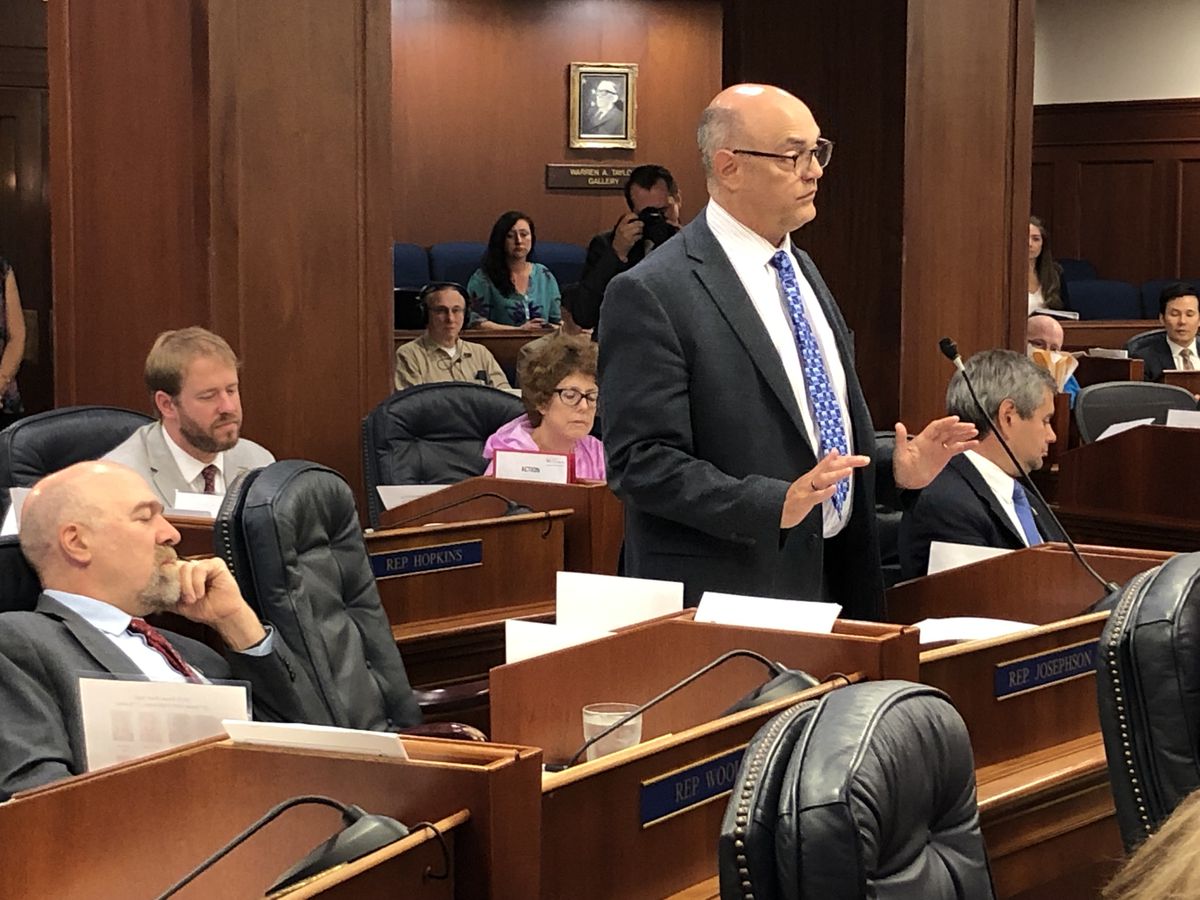 Rep. Andy Josephson, D-Anchorage, is chairman of the subcommittee seeking to de-fund the outside contract with Consovoy McCarthy. (James Brooks / ADN)

Rep. Andy Josephson, D-Anchorage, is chairman of the subcommittee seeking to de-fund the outside contract with Consovoy McCarthy. (James Brooks / ADN)

JUNEAU — A budget subcommittee of the Alaska House of Representatives has voted to defund a $600,000 legal contract issued by the administration of Gov. Mike Dunleavy. The action is preliminary, and final action is weeks — if not months — away.

The Dunleavy administration is defending an executive order that redefined the relationship between public employee unions and their members.

That order, unique in the nation, would require public employee unions to “opt in” to union membership on a regular basis. That requirement has been at least temporarily blocked by a judge’s ruling.

Lawmakers who oppose the administration’s order said they lack the ability to stop it, but they can stop the state from paying a Washington, D.C., legal firm that is aiding the state.

If the contract is stopped, the order could still be defended by the state’s own attorneys.

“We can’t tell him that it can’t be his priority, but it seems like we do have the power to say we don’t want him to spend money on it,” said Rep. Matt Claman, D-Anchorage, of Attorney General Kevin Clarkson.

To defend itself, the administration has turned to D.C.-based Consovoy McCarthy, a firm that also represents President Donald Trump.

The subcommittee’s members said that contract doesn’t make sense, given that the Department of Law is prepared to accept donations so a prosecutor can work in the North Slope.

“In a (budget) situation which is so austere that the North Slope Borough is paying for the state’s attorney in the Utqiagvik region, $600 an hour for a case in which the Superior Court kind of said there’s probably very, very little chance of succeeding, I don’t see that as a prudent use of resources,” said Rep. Gabrielle LeDoux, R-Anchorage.

To stop the contract, the House subcommittee voted to cut the Department of Law’s budget for outside legal help, then created an entire division of the department specifically devoted to the union lawsuit. That department exists only on paper, but if the tactic is accepted by the full House and the Senate, it would prevent the attorney general from shifting money around to cover the cost of the contract.

“We employed every budgetary tactic we could to wall (it) off,” said Rep. Andy Josephson, D-Anchorage and the chairman of the House subcommittee.

Asked whether the subcommittee’s action would indeed cut off funding for the Consovoy McCarthy contract, she wrote by email that “the ultimate decision on resource allocation within the Department of Law rests with the Attorney General, who also has the authority to determine the course of litigation on any given case involving the state."