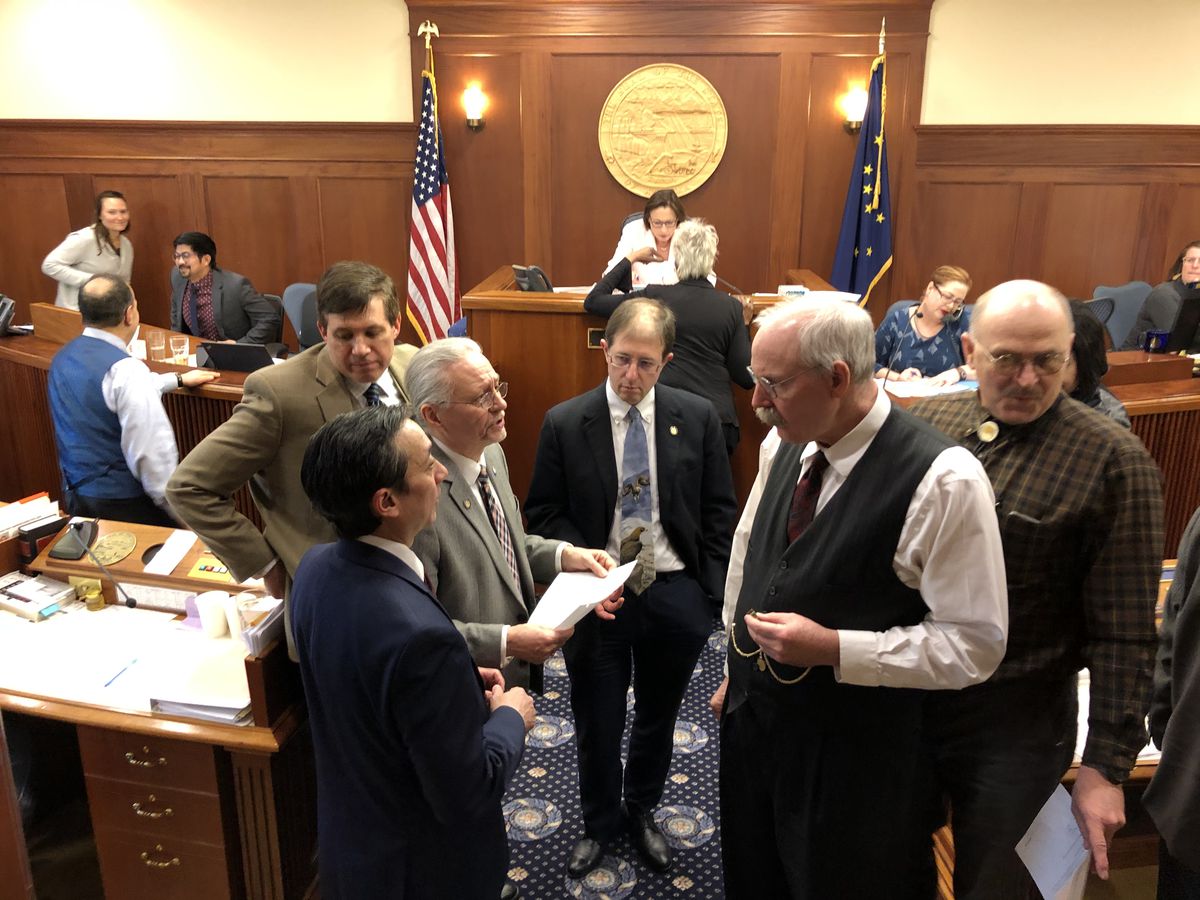 JUNEAU — The Alaska Senate approved a proposal Tuesday that would give the lieutenant governor the power to order statewide elections by mail if warranted by the spread of COVID-19.

That power was among several the Senate sought to give Alaska’s executive branch as it unanimously approved a sweeping emergency bill intended to address the health effects of the COVID-19 pandemic. The bill would extend the governor’s declaration of a public health emergency through Sept. 1 and grant him special powers.

The bill passed unanimously by the Senate allows by-mail elections only for the August statewide primary and any special election before Sept. 1, such as the proposed recall of Gov. Mike Dunleavy.

If the Legislature were to extend the public health emergency through November, the lieutenant governor would have the power to order the November general election to be conducted by mail, also.

Anchorage conducts municipal elections by mail and the Alaska Democratic Party is holding a by-mail election for president. The state does not universally conduct elections by mail, although tens of thousands of absentee ballots are cast each election by mail.

The House could vote on the emergency bill as early as Wednesday before delivering it to Dunleavy, who is expected to sign it into law speedily.

Other provisions of the bill allow easier licensing for doctors and nurses, permit notaries to authorize wills by videoconference and give the state’s chief medical officer the power to order specific hygiene requirements at stores.

As the Senate debated Tuesday, it was the election-by-mail provision that was the most controversial. Senate minority Democrats unsuccessfully attempted to amend that section to make voting by mail easier. One failed amendment would have required the state to offer drop boxes as the Municipality of Anchorage does. Another would have eliminated the requirement that a second person verify the identity of the person casting the ballot.

Even those who voted against the Democratic amendments said Alaska is unready to vote by mail.

“I really like the idea of voting by mail. It makes a lot of sense. We’re just not there,” said Sen. Gary Stevens, R-Kodiak, who for two years sat on a board that advises the Alaska Division of Elections.

Asked why the Senate voted to give the lieutenant governor the power to order a by-mail election, Stevens said, “We’d just have to find a way to get it done, to have an election.”

Sen. Peter Micciche, R-Soldotna, said he trusts both Lt. Gov. Kevin Meyer and Division of Elections director Gail Fenumiai to execute the election regardless of circumstances.

Suzanne Cunningham, the governor’s legislative affairs director, said the vote-by-mail proposal came up when the governor asked state departments what legislation they would need if the health emergency continued into the fall. The Division of Elections said it would affect poll workers and election preparations, so Dunleavy included it in legislation offered to the Legislature.

Fenumiai said her office is “looking at all options right now as the situation with COVID-19 continues to develop.”

She said the state usually trains workers for in-person elections between May and July, and that training could be affected by the virus, hence the need for a by-mail option.

Asked if there is a deadline for when the lieutenant governor would have to order a by-mail election, she said, “With a by-mail, the Division will need sufficient time to prepare for that and would have to work with a vendor as well, which can also be difficult under the present circumstances. So the more lead time the better. Ultimately, the Division will carry out the election as best it can under the circumstances.”