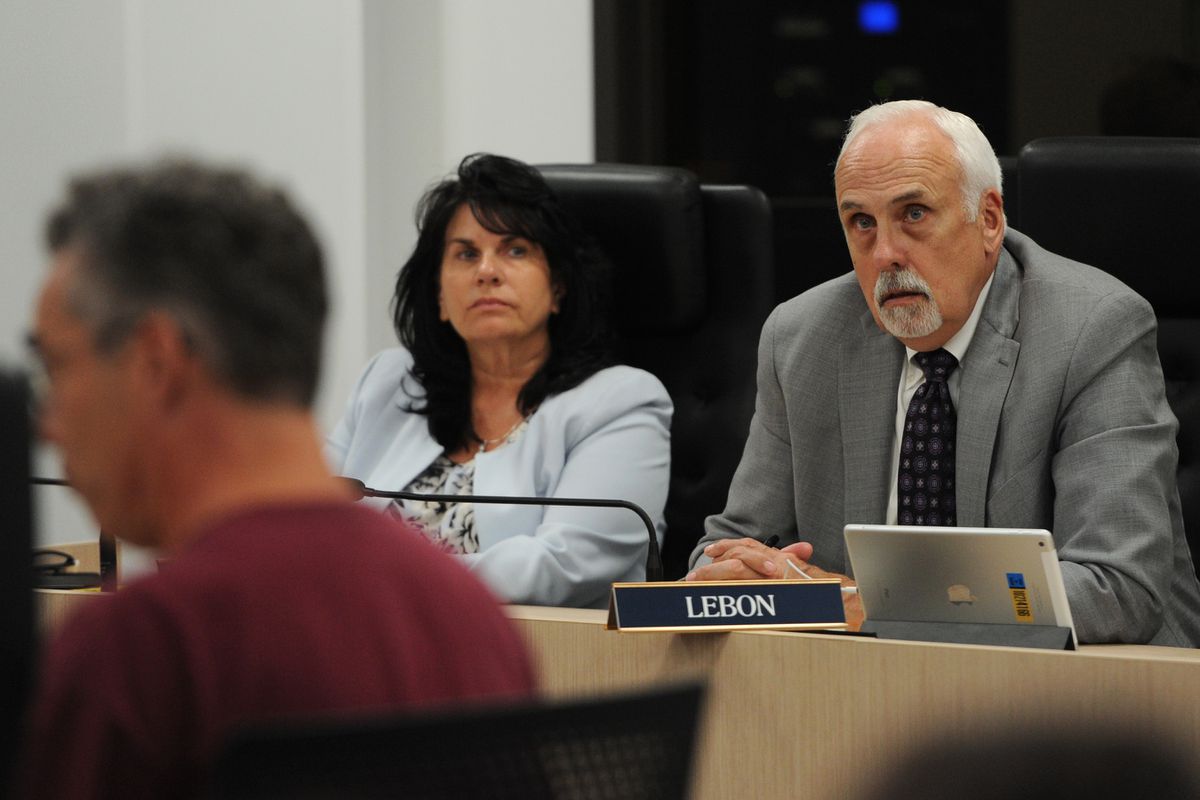 House Majority Leader Steve Thompson and Rep. Bart LeBon, both of Fairbanks, have been important Republican members of the coalition that controls the Alaska House of Representatives.

Ahead of the Nov. 3 general election, both men say they’re now supporting the creation of a purely Republican majority in 2021.

“We’re Republicans and we want to form a Republican majority. That’s our hope and objective,” LeBon said.

For the past two years, the House’s 23-person coalition — which includes Republicans, Democrats and independents — has been an obstacle for Gov. Mike Dunleavy.

But in the Aug. 18 statewide primary, two of the coalition’s six Republican members — Reps. Jennifer Johnston and Chuck Kopp of Anchorage — lost to more hardline opponents. A third, Rep. Gary Knopp, R-Kenai, died in a plane crash before the election.

The remaining three Republicans — Thompson, LeBon, and Rep. Louise Stutes, R-Kodiak — were among the sponsors of a joint fundraiser last week for Republicans seeking to control the House.

Stutes said she’s staying “noncommittal” about her future plans and will do what’s best for her district.

That leaves Thompson and LeBon.

Their positions matter because any group that can muster at least 21 votes in the 40-person House can elect the Speaker of the House and control what legislation advances.

In 2018, Alaska voters elected 23 Republicans to the state House, but internal disputes divided the party and the House deadlocked for a month in 2019 over who would lead.

The struggle ended only when Thompson and LeBon joined a handful of other Republicans in a coalition that voted for Rep. Bryce Edgmon, I-Dilligham, as Speaker of the House.

After August’s primary, Thompson and LeBon feel that things will be different.

“We’re going to go down to Juneau with a majority number of Republicans and have a majority that’s able to organize,” LeBon said.

Whether that happens depends on the general election. While Thompson represents a district that has consistently elected Republicans, LeBon beat his Democratic challenger by only a single vote two years ago.

Christopher Quist is his Democratic opponent this year.

“I’m a little bit surprised that he’s coming out so strongly because one of his strengths in this election cycle is that he’s perceived in the center,” Quist said of LeBon. “He’s perceived as being one of the good Republicans because he can play nice with the Democrats and independents in a coalition majority.”

The district they share covers downtown Fairbanks and is one of the few “purple” places in Alaska. When LeBon won two years ago, voters in his district also picked Mark Begich for governor, Alyse Galvin for US House and Scott Kawasaki for state Senate. All were Democrats or Democratic-nominated independents.

Four years ago, the district voted for President Donald Trump but picked Kawasaki for House. (Kawasaki was unopposed.)

“It’s possible that Trump picks this district in November and I do as well,” Quist said.

Clarification: The original version of this article did not state that Kawasaki was unopposed in 2016.