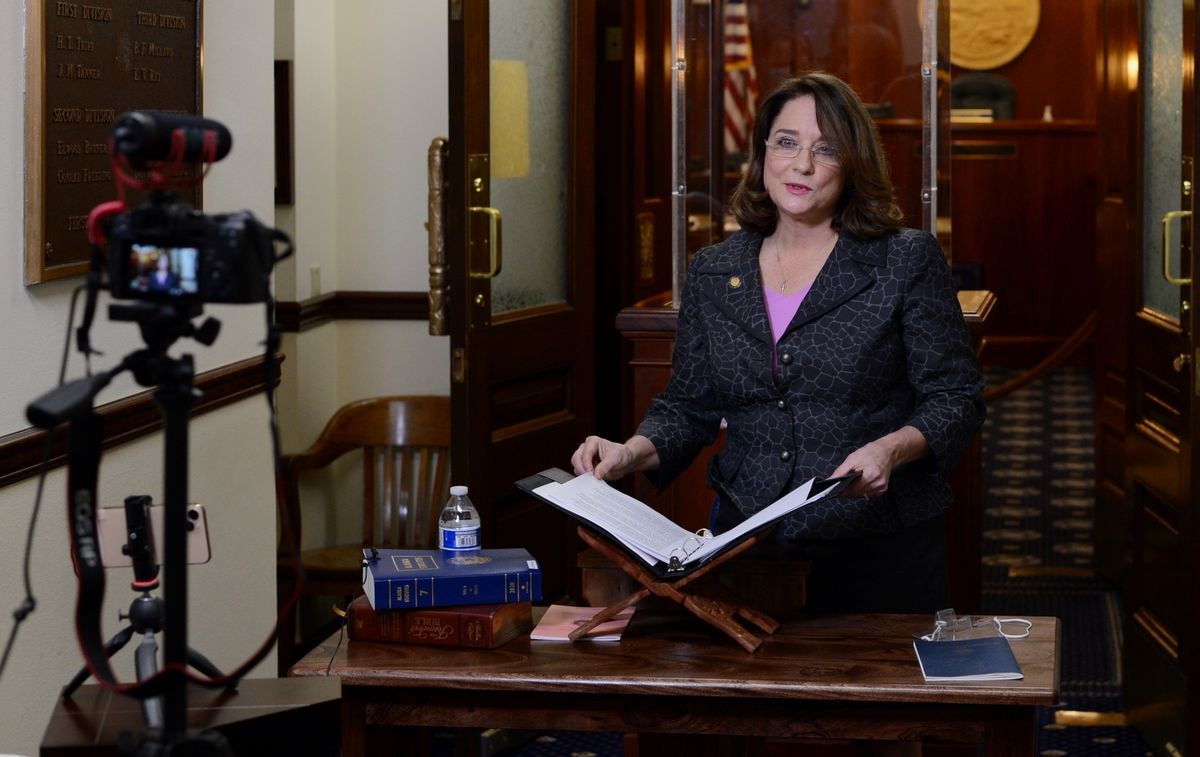 JUNEAU — A state senator, opposed to a Centers for Disease Control and Prevention order on aircraft and public transportation, has asked the Alaska Legislature to consider ignoring certain federal laws, regulations and executive orders.

The idea is one of many similar ideas advancing in Republican-controlled statehouses across the country despite opponents who say the concept blatantly violates the U.S. Constitution.

If approved by the Senate, House and Gov. Mike Dunleavy, Senate Bill 118 would create a legislative “Committee on Nullification of Federal Laws.” If the committee recommends that a federal rule be ignored and both the House and Senate agree, “the state and the citizens of the state may not recognize or be obligated to abide by the federal law or executive order.”

On marijuana and some other issues, the state has already decided to not enforce some federal laws. Nullification is one step further — a declaration that a particular federal law does not apply at all.

The proposal is the work of Sen. Lora Reinbold, R-Eagle River, and had its first hearing in the Senate State Affairs Committee on Wednesday.

Reinbold told the committee that the bill is intended to address “unlawful and unconstitutional acts.”

She said her proposal is not based on legislation elsewhere, but its text is almost identical to a proposal advancing toward passage in North Dakota.

In March, Utah’s governor signed a bill that requires a state council to review every presidential executive order to decide whether it should be enforced in that state. Arkansas’ legislature has passed a similar bill, which is awaiting approval by its governor.

“I would say that this bill is part of a broader movement we’ve seen this year — particularly in Republican-controlled legislatures — to review federal acts and attempt to rein in federal overreach,” said Michael Maharrey, a spokesman for the 10th Amendment Foundation, a national organization that supports similar language nationwide.

But Maharrey said that in his view, Alaska’s legislation “would have little practical effect” because it doesn’t explicitly say what the state would do once something is nullified.

In more than a dozen other states that have legislatures controlled by Republican lawmakers, police are being specifically directed to not enforce federal firearms laws.

Reinbold said she intends her bill to move quickly through the Senate, and given her position as chair of the Senate Judiciary Committee, it may do so.

It would face a more skeptical audience in the Alaska House, which is controlled by a predominantly Democratic coalition majority.

Rep. Matt Claman, D-Anchorage, chairs the House Judiciary Committee and said he would want to know how Reinbold’s proposal conflicts with the “supremacy clause” of the U.S. Constitution, which says federal law takes precedence over state law.

Prior legislative attempts at nullification have run afoul of that clause.

In 2010, the Alaska Legislature passed a law declaring that firearms manufactured in Alaska are exempt from some federal laws. The Legislature’s own attorneys warned that the bill would not prevent the federal government from prosecuting Alaskans for violating federal law.

Prior Alaska legislatures have acknowledged the supremacy clause and have argued in favor of a U.S. constitutional amendment that would allow states to overrule federal law under certain circumstances. Among the supporters of that amendment was then-state Sen. Mike Dunleavy.

His office did not respond to a question about the administration’s view of nullification, the principle that a state can overrule the federal government.

Last year, the federal 9th Circuit Court of Appeals ruled in favor of a law passed by California in 2018. That law forbade state and local law enforcement from helping with the enforcement of some federal immigration laws.

“California has the right,” the court said, “to refrain from assisting with federal efforts.”