Alaska Olympian is back on her feet, but still on the comeback trail 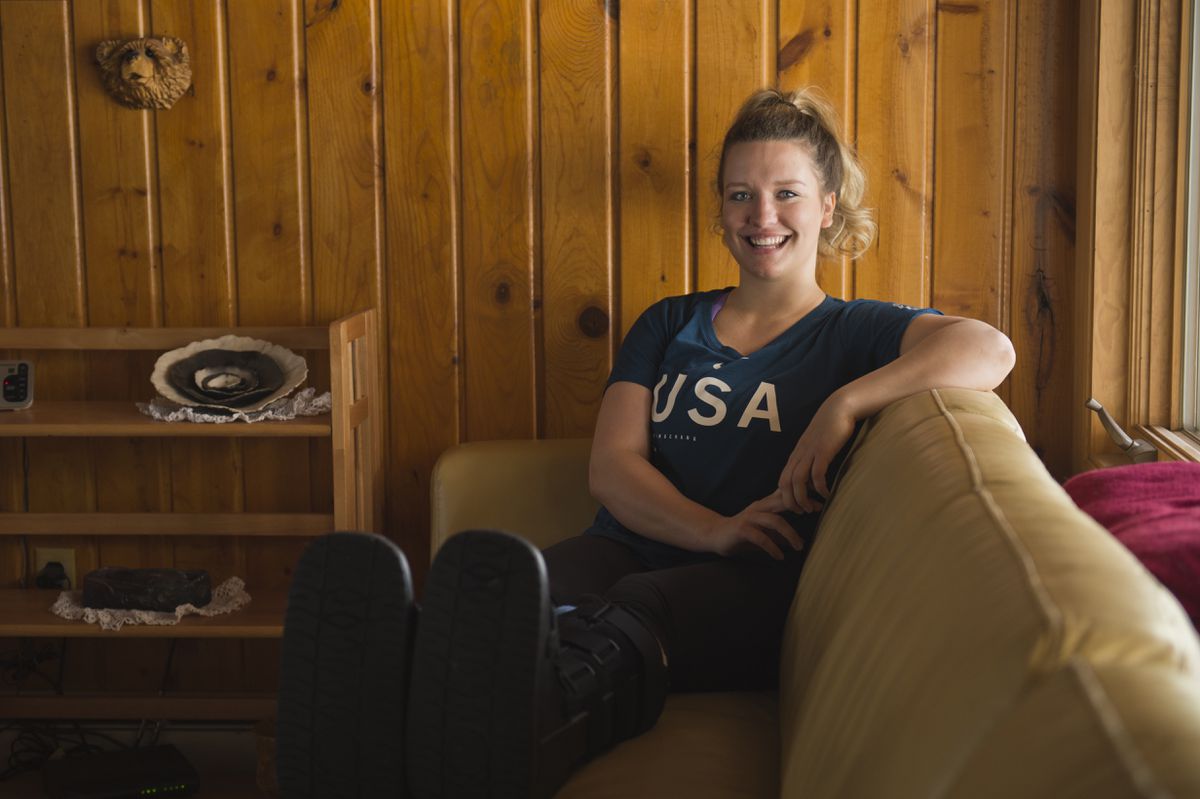 Rosie Mancari’s Achilles' heel is actually an Achilles tendon — one that for months has refused to heal.

Mancari is the Anchorage snowboarder whose Olympic dream was crushed two days after she walked in the opening ceremonies last February in Pyeongchang, South Korea. She ruptured the Achilles tendons in both ankles when she fell during a training run on the Olympic snowboardcross course.

Her right ankle is mending nicely. The left one, not so much.

“It’s been a nightmare, actually,” she said.

Mancari, 22, said this week that she won’t return to competition this season and won’t even be able to get back on snow for a couple more months.

“I’ve gone through a lot of rehab in my life but this is way more frustrating than I could have anticipated,” she said Wednesday from Park City, Utah. “Ten months later and I just got out of a walking boot.”

Mancari had surgery on both ankles while the Olympics were still going on. She stayed in Pyeongchang long enough to watch her teammates compete and then flew to Colorado to begin what has been a long and winding road to recovery.

She hit a speed bump two months after the initial injury when she re-tore the damaged tendon in her left ankle.

“After that I just had troubles getting the left Achilles to really heal, so I did a few clean-up surgeries just to encourage healing in that area,” she said.

When the ankle continued to give her trouble, she went to an infectious disease doctor in Alaska. Eventually it was discovered that Mancari’s ankle had three infections that had all escaped early detection because, she said, the ankle “wasn’t showing the signs you typically look for.”

The ankle was infected with strep, staph and Finegoldia magna.

“There was lots of stuff going on that wasn’t allowing my ankle to heal,” Mancari said.

She returned to Colorado for three more “cleanout” surgeries. Then a catheter called a PICC line was inserted into her arm so she could self-administer antibiotics. She did that for 10 weeks.

“It was a full tube coming out of my arm,” she said. “I got pretty used to it but I’m not allowed to do upper-body workouts with it.”

Mancari’s last surgery was two months ago, the PICC line was removed about a month ago and she was recently given the OK to resume physical therapy — and eventually, training. She’ll do that at U.S. Ski & Snowboard’s Center of Excellence in Park City, Utah, where she has access to all of the resources she needs.

She said she will be able to get on snow before the winter is over, but she isn’t going to rush things.

“I’m very eager,” she said, “but at the same time I’m smart, and I don’t want to push those limits at all. I want to be ready when I finally hit snow.”

And when that happens, Mancari intends to continue the career that put her at the top of a World Cup podium in 2017 when she and teammate Lindsey Jacobellis won gold in a team snowboardcross race and took her all the way to the Winter Olympics last February.

“I’m not done,” Mancari said. “I think I have a lot of potential and I have room for growth and I don’t see this injury stopping that.

“There are definitely flashes of time where you consider, is it all worth it, putting you body through what you do?” she said. “But I love what I do. I’m not ready to give that up yet.”