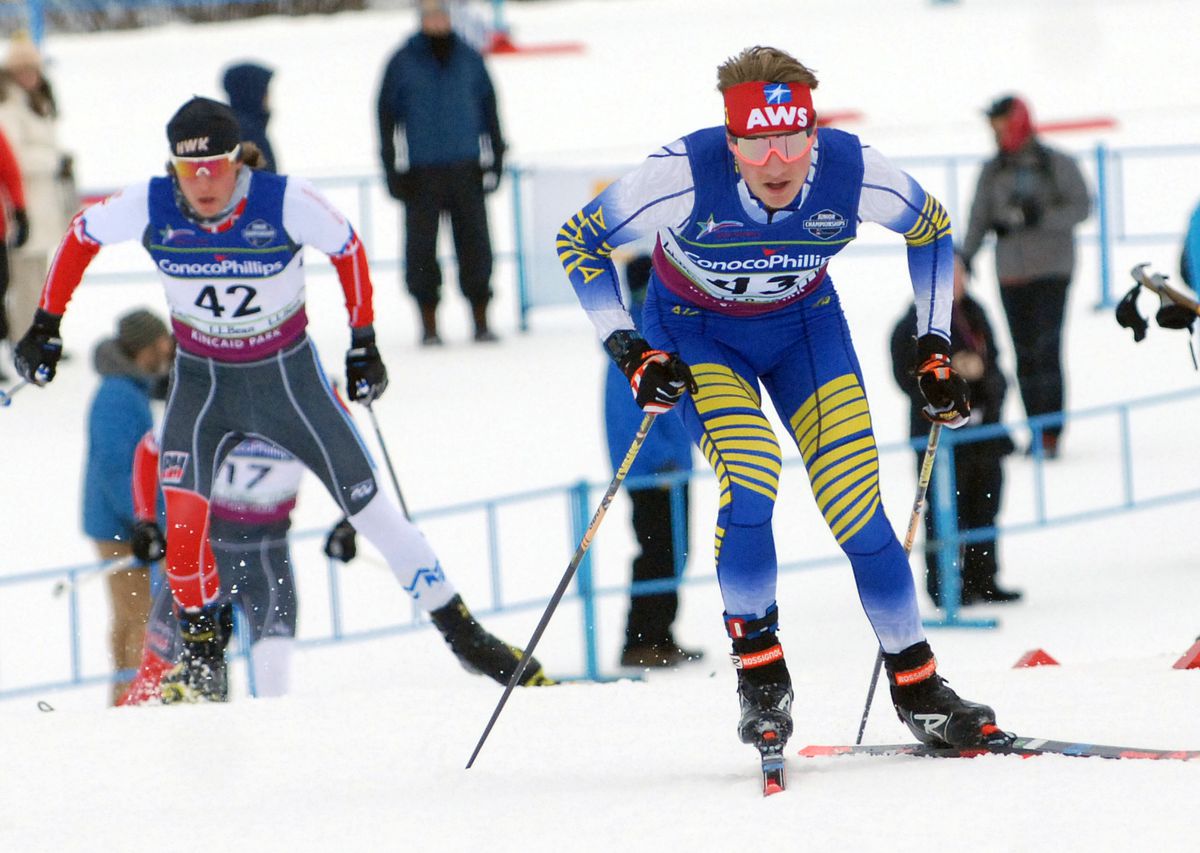 Two of the best teenage skiers in the world raced on familiar trails Monday in the U.S. Junior National cross-country ski championships, with the expected results.

Gus Schumacher of Anchorage and Kendall Kramer of Fairbanks captured gold medals on the first day of competition at Kincaid Park, trails that Schumacher grew up on and Kramer is more than familiar with.

Schumacher won the boys 10-kilometer freestyle race by 10 seconds, and Kramer won the girls 5K by a staggering 26.6 seconds.

They came into this week’s races at Kincaid among the favorites and immediately lived up to expectations.

“I’ve skied these trails my whole life, and during the last few weeks I was training on the race courses,” said Schumacher said in a press release from the Nordic Skiing Association of Anchorage. “That gave me a pretty big boost,”

As if he needs an advantage.

Schumacher, 18, isn’t just one of the nation’s top juniors, he’s arguably one of the best American skiers regardless of age. At the U.S. national championships in January, he registered three top-7 finishes, and at an NCAA meet in Anchorage last month, he was in the top 10 in three races, an effort that included a fourth-place finish in the 20K classic against world-class competition.

“I knew given Gus’s strength, it would take a super-human effort today,” second-place Johnny Hagenbuch of Sun Valley, Idaho, said in the release. “So I knew I had to go out strong and leave it all out there.”

Hagenbuch set the pace for the first half of the interval-start race, but Schumacher finished strong. He skied the final 5K about 15 seconds faster than Hagenbuch.

“I knew I had to let loose with all I had,” Schumacher said.

Schumacher, who has trained for years with Alaska Winter Stars coach Jan Buron, won the race in 22 minutes, 48.2 seconds. Hagenbuch was next in 22:58.9 and Team Alaska’s Zanden McMullen was third in 23:24.7.

All three were members of the World Junior team, and Hagenbuch skied a leg on the gold-medal relay team that also included Schumacher, Luke Jager and Ben Ogden.

Kramer, an FXC skier who is a junior at West Valley, is familiar with the Kincaid trails from Besh Cup and high school races. She’s also familiar with her competition, which made her win Monday a satisfying one.

“I see how hard these girls work," she said in the NSAA release. “I go to camps with them, I see them on social media. So it’s great to come out on top today.”

More than 400 skiers are in town for the week-long championships, and on Monday they encountered both rain and snow.

Skiers from two age groups – U20 (18-19 years) and U18 (16-17 years) -- raced together in the 10K boys race and 5K girls race. Medals were presented in each age division, so even though Anderson couldn’t keep pace with Kramer, she still won a gold medal because she’s a U20 skier and Kramer is a U18 skier. Likewise, Hagenbuch claimed a gold medal, because he’s a U18 skier and Schumacher is a U20 skier.