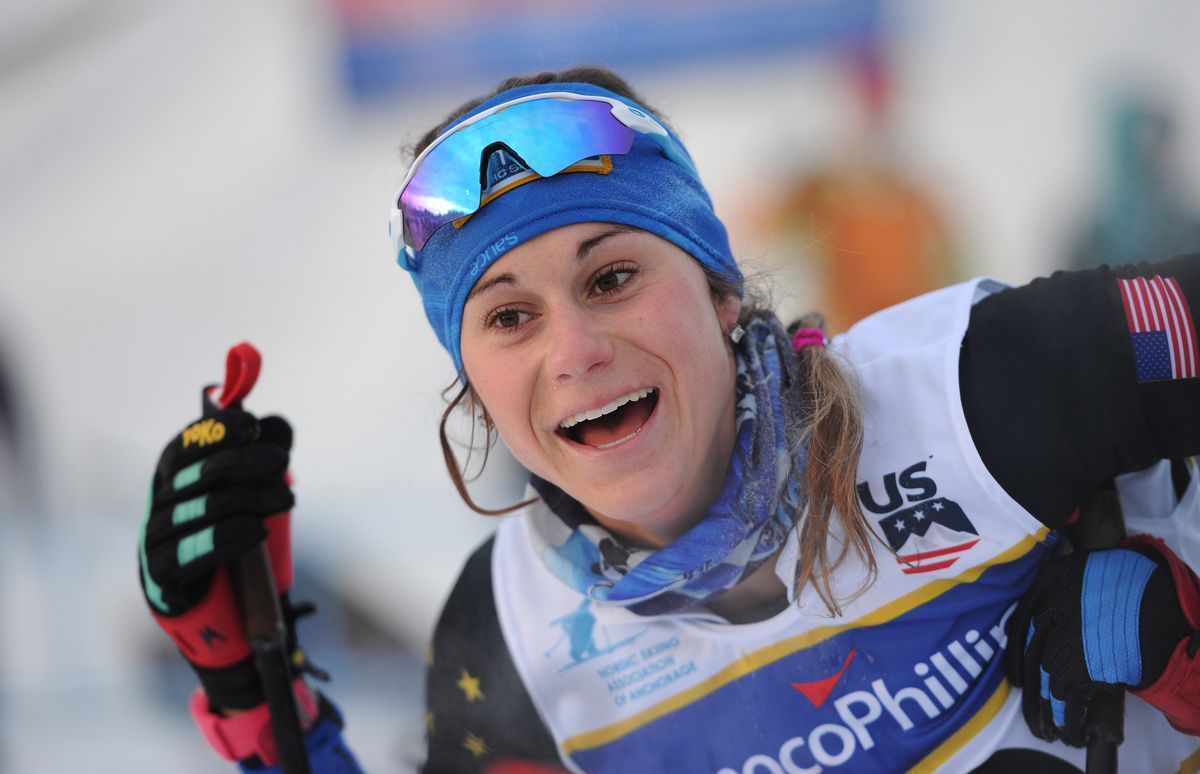 South High graduate Jessica Yeaton hopes to attend her 10-year reunion this summer, and if she does, she’ll have some success stories no one else is likely to match.

Yeaton’s latest achievement came Saturday in Hayward, Wisconsin, where she turned in an extraordinary performance to win the American Birkebeiner, the biggest cross-country ski race in North America.

There were 766 women in the 50-kilometer freestyle race, and for about 20 kilometers or so, Yeaton didn’t see a single one of them.

Halfway through, she broke away from the lead pack of about six skiers and turned the final half of the famous race into a solo endeavor.

“I’ve never done the race before so I didn’t really know, but I heard there was this big climb halfway through,” she said by phone after the race. “It put a little surge in thinking maybe I’d break the group a little, and then I looked back and no one was with me.

She finished in 2 hours, 13 minutes, 20.6 seconds, to beat Finland’s Riitta-Liisa Roponen, a five-time Olympian who won a bronze medal at the 2010 Vancouver Games. Roponen clocked 2:14:02.3 and was nearly a minute ahead of third-place Erika Flowers of Montana (2:15:00).

Yeaton and Norris both won Mount Marathon titles in 2018, trained together in Alaska Pacific Univesity’s nordic program and have been dating for a few years.

On Saturday, Norris followed the race from Norway, where he and other members of the U.S. World Cup team had a day off before a Sunday distance race in Trondheim.

“We were all watching from Europe cheering on our teammates!” Norris said by email.

With Yeaton leading the way, APU skiers had a good day at the Birkie, with four men placing in the top 16 of the 50K skate race.

APU’s most famous skier finished 12th in the women’s 50K. Kikkan Randall, a 2018 Olympic gold medalist and cancer survivor, grabbed 12th place for the second straight year. She finished in 2:25:32.3.

Yeaton said she looked behind a lot after she broke away on a big climb called "00.″ It wasn’t until she got to Lake Hayward, near the finish line in downtown Hayward, that she finally saw another skier.

“I was pretty stressed,” she said. “It’s always hard when you’re by yourself. It’s hard to know what kind of a lead you have. When I hit the lake I looked back and I could see Liisa, but the lake is a couple Ks long, and I don’t know if that’s two minutes or one minute. It’s hard to gauge. I was hammering into the finish line because I couldn’t tell.”

Yeaton said the crowd at the finish line rivaled anything she has seen on the World Cup tour.

“I’d always heard David talking about it when he won. It’s something really special, for sure,” she said.

Though Yeaton was in Europe over the holidays to compete in the Ski de Tour, she isn’t a full-time skier anymore. She’s in her first year of physical therapy school at the University of New Mexico, and her studies keep her busy.

She got permission from professors to skip her Friday afternoon classes in Albuquerque so she could fly to Wisconsin. She heads back to classes Monday, the winner of a race she really wasn’t expecting to win.