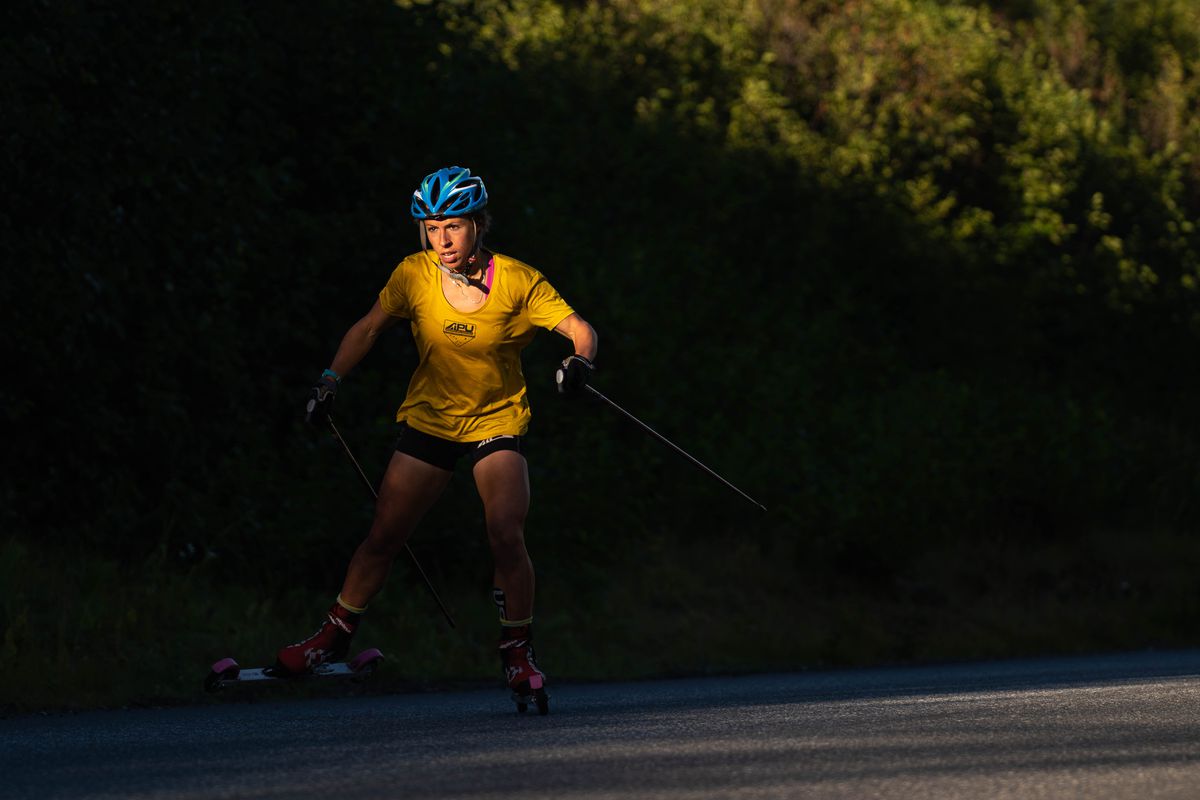 Alaska’s pivot to winter has been undeniable in recent days, and right on cue the cross-country ski team from Alaska Pacific University is helping to usher in the change.

Rosie Brennan, a 2018 Olympian, won all three races to lead the women, while Scott Patterson, David Norris and Tyler Kornfield divvied up the men’s victories.

Brennan and Patterson won Friday’s classic-technique time trial, an uphill time trial that started on Campbell Airstrip Road and finished in Stuckagain Heights. Brennan blazed to a time of 19 minutes, 46 seconds in the women’s 5-kilometer race and Patterson finished the men’s 7K in 22:24.

The 20 skiers who participated included some of the best in the country. Patterson and Kornfield are both 2018 Olympians. Brennan finished 17th overall in last season’s World Cup standings and Norris was one of the U.S. Ski Team’s top male racers last season, collecting World Cup points in five individual races.

“It was a good test today,” APU coach Erik Flora said. “Skiers have three months to be in race fitness, but for now the base is built. We have been effective in training together as a team ... with COVID safety as a priority.

“The extra effort is worth it. This three-day race simulation is just what they need before the winter season.”

The series included a freestyle skate hill climb Wednesday at Potter Valley (Brennan and Norris were the winners) and a freestyle sprint race Thursday at Hillside (Kornfield won the men’s qualifier and the finals; Brennan won the women’s finals and Hailey Swirbul — a three-time national champion last season — topped the qualifier).