No stranger to the World Cup’s top 10, Anchorage’s Rosie Brennan skis to 8th place in Finland 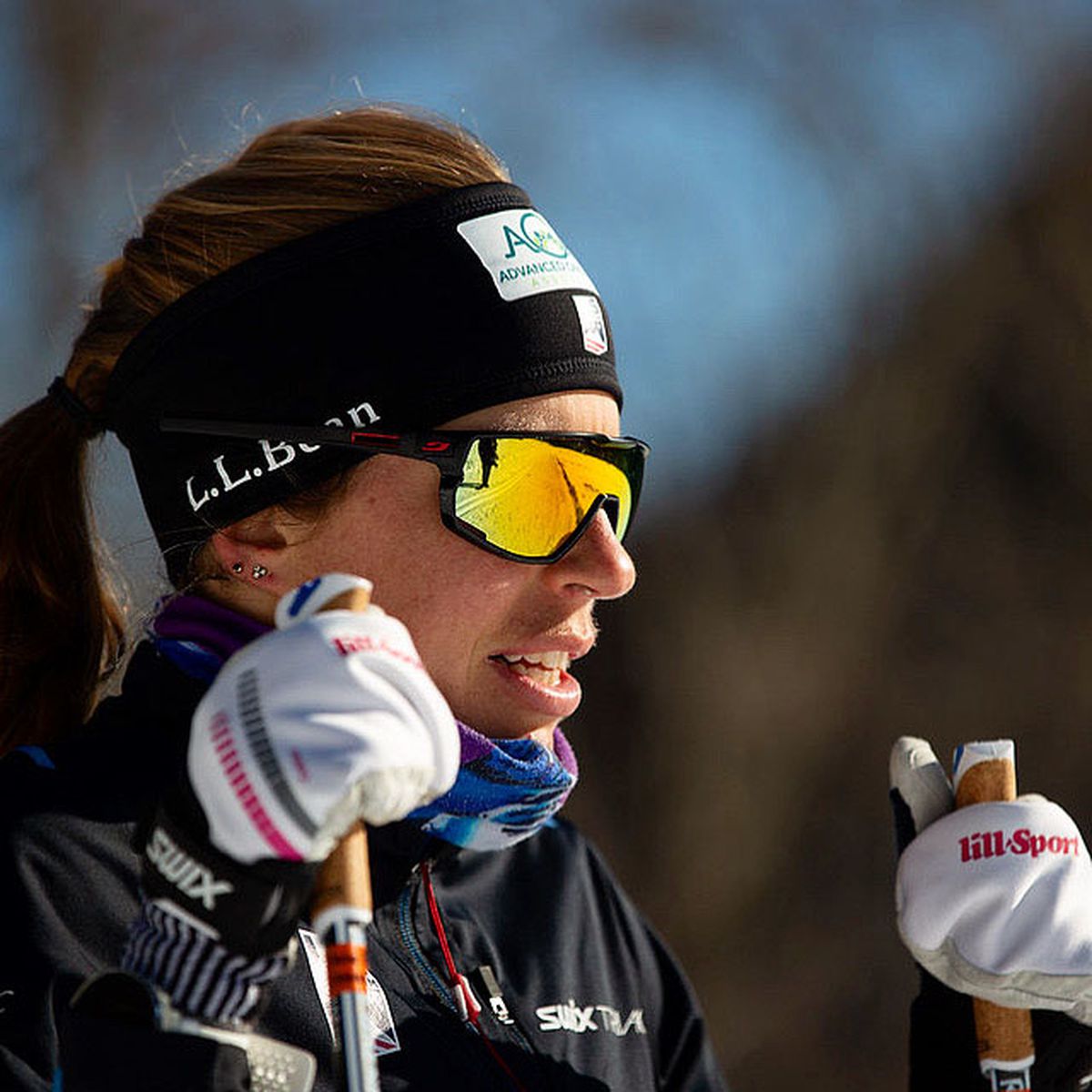 Rosie Brennan of Anchorage has been the top American skier two days in a row at the Ruka Triple in Kuusamo, Finland. This photo shows her at a race last season in Germany. (Sarah Brunson / US Ski Team)

Rosie Brennan of Anchorage has been the top American skier two days in a row at the Ruka Triple in Kuusamo, Finland. This photo shows her at a race last season in Germany. (Sarah Brunson / US Ski Team)

Anchorage skier Rosie Brennan returned to a place she visited a half-dozen times last winter on the World Cup tour — the top 10.

Brennan deployed a second-half burst of speed Saturday to grab eighth place in the women’s 10-kilometer classic race at the Ruka Triple, a three-day, season-opening race series in Kuusamo, Finland.

She finished 1.7 seconds out of sixth place, which would have matched her career-best finish in an individual World Cup race. With a time of 25 minutes, 48 seconds, Brennan led the American contingent for the second straight day.

Therese Johaug of Norway won in 25:01.4. Minnesota’s Jessie Diggins was the second-best U.S. skier in 22nd place, and two other skiers from Anchorage made it into the top 50 — Hailey Swirbul was 40th and Caitlin Patterson 50th.

Brennan, 31 and a 2018 Winter Olympian, has posted eight top-10 individual finishes in her World Cup career. Six of them came last season, including a sixth-place finish in the 10K classic at Ruka.

She was 19th place after 1.2 kilometers of Saturday’s interval-start race and was 14th after 3.1 kilometers. She hit the gas in the second lap began and was in eighth place by the 6.2-kilometer mark.

“I tried to start comfortably and work my way into the race today,” Brennan said by email. “This strategy worked quite well and I was able to pick things up a bit the second time around. I felt like I was skiing strong, but still feel like I have one more gear to find racing.”

In the men’s 15K classic, 20-year-old Gus Schumacher of the Alaska Winter Stars turned in the best result of his promising career. It was his fifth World Cup start and he placed 39th in 36:00.9, nine spots and about 22 seconds away from scoring points.

Schumacher, who last season became the first American to win individual gold at the World Junior Championships, had the third-fastest time among U23 skiers. Schumacher has graduated from the junior ranks and this season will take aim at a top finish at the U23 World Championships for skiers under the age of 23.

Norway’s Johannes Klaebo won the men’s race in 34:04.6. Among the other Alaskans, Scott Patterson was 53rd, Logan Hanneman was 66th and JC Schoonmaker, the UAA skier who led the U.S. team in Friday’s sprint race, was 75th.

“I felt all right and paced it pretty well, which was my main focus,” Schumacher told U.S. Skiing and Snowboarding. “Definitely not in my best race shape, but it’s going in the right direction. It was fun to have a little bit of time skiing with a few of the top guys out there.”

It was the second day in a row that Brennan, an Alaska Pacific University skier, was the top American. On Friday, she and Swirbul finished 16th and 17th, respectively, in the women’s classic sprint.

“I didn’t have the next gear I was looking for today, but it was good to get the first distance race underway,” she said by email. “Ruka is a tough and unrewarding course with steep climbs and lots of double pole in between, so I hope to improve that for next year’s races.”

It was clear and sunny, ”about as nice of a day as you can ask for in Ruka at the end of November,” Brennan said.

“The course is on the wrong side of the mountain to get the sunlight, but the sky was clear and I could tell there was sun somewhere,” she said. “I am happy with the result, but it certainly makes you eager when I only needed 2 seconds to move up two places.”

After two days of classic-technique racing, skiers switch to the freestyle technique for Sunday’s pursuit race.

For Brennan, that could mean another strong result — five of her top-10 World Cup finishes have come in freestyle races, and last season she skied a freestyle leg to help the American women capture a silver medal in a World Cup relay race in Norway.

“I don’t think she was even close to her potential today,” Swirbul said. “When she can dig to that next level, she’s unstoppable. She’s a strong skier who I am lucky to call my teammate.”