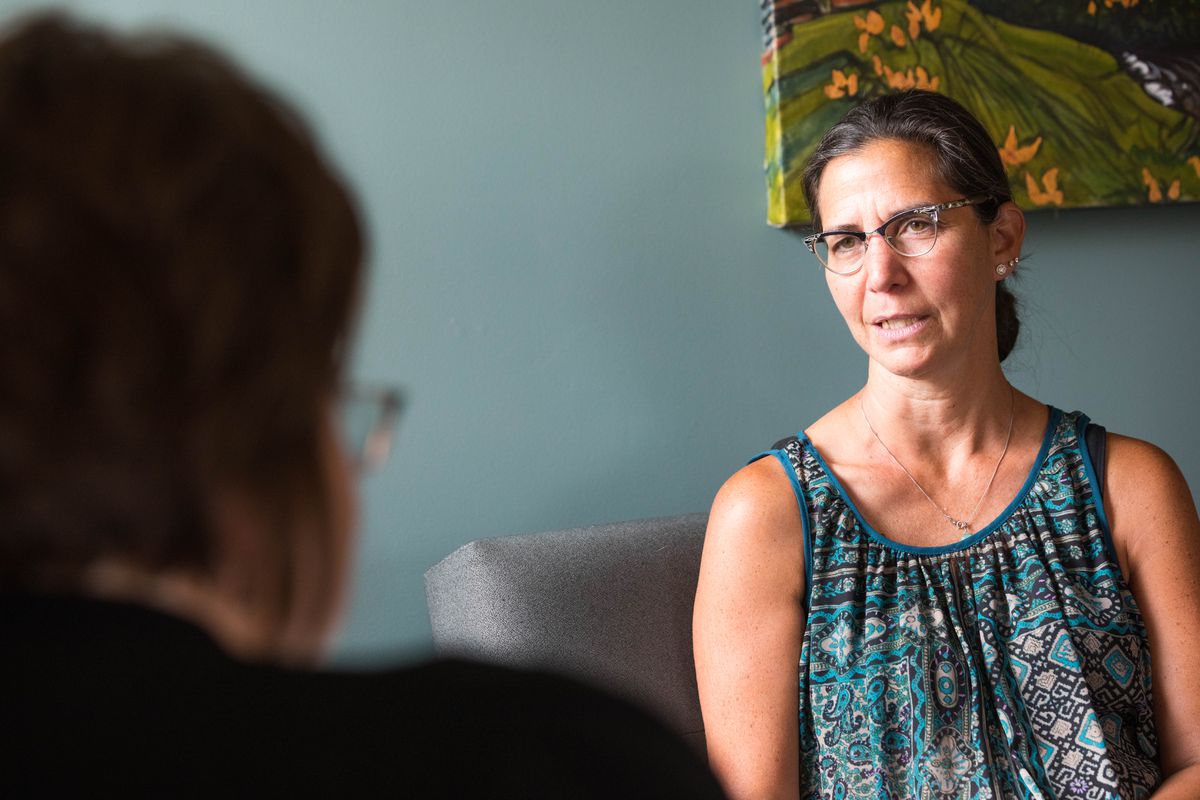 Experts in charitable giving in Alaska say that there is no way private donors, corporations and foundations can fill the massive gap caused by the loss of state funding related to Gov. Mike Dunleavy’s budget vetoes.

Diane Kaplan, president and CEO of Rasmuson Foundation, the largest private funder in the state, said that the total of all the private funding available, including from individual donors, corporate donors and foundations, amounts to an estimated $80 million.

“The gap we’re talking about is $1.6 billion,” she said, referring to the difference between revenue and spending that the governor and the Legislature have been wrestling with. “It’s a drop in the bucket.”

In late June, Dunleavy announced $444 million in line-item budget vetoes affecting a wide swath of programs, from the University of Alaska to Medicaid to preschool to the arts.

In Alaska’s contentious budget discussion, some, including the governor, have suggested that as government funds for nonprofits recede, private donors might step in to replace them. In a news conference on Monday, for example, Dunleavy suggested that along with other city revenue, private donors might ease the impacts of major cuts to homeless services in Anchorage. But Kaplan and others in the Alaska nonprofit world have collected data about both how Alaskans give and how much it’s possible to raise in-state. They say the private pockets aren’t deep enough to cover the massive losses.

The governor’s spokesman, Matt Shuckerow, did not respond Tuesday to a request for comment from the governor.

Alaskans tend to give time, not money

Charitable giving in Alaska is influenced by unique factors that limit how much money can be raised and how fast, said Laurie Wolf, who heads up The Foraker Group, which works with nonprofits across the state.

[Read more coverage on the governor’s vetoes and the legislature]

The tradition of cash philanthropy in Alaska is young, and there isn’t a lot of what’s called “generational wealth," which might come from a family that accrued wealth several generations ago and is in the habit of giving. Residents also tend to be more transient, Wolf said, which might also keep them from making a significant donation. The world of corporate and foundation giving, like the state’s population, is small.

“On the corporate and foundation side, we just don’t have that many. It’s not New York City,” she said.

Another factor is that Alaskans don’t tend to donate money to charity as much as residents of other states. According to a Foraker study from 2017, of Alaskans who itemized their income taxes, 16% showed charitable donations. The U.S. average is 24%. That number does not include contributions by people who don’t itemize or people who give to people or organizations that are not nonprofits. On the other hand, Alaskans have some of the highest rates of volunteering in the country, she said. And the tradition of giving tangible things, like subsistence foods, to neighbors and family is strong and can’t be quantified.

“We have more space to grow in giving back in a financial way to the things we care about,” Wolf said. “Sometimes people confuse time and money. We’re super good at giving our time, we don’t understand how it’s different than money.”

Corporations can’t carry all the weight either, she said.

“Every company is telling us the requests far outnumber the amount that they are giving,” she said. “Could corporations give more money, they could if they wanted to, but they still couldn’t fill the gap. ... That’s not a realistic expectation.”

Another important consideration is that state monies leverage other matching monies, like federal or private donations, she said. Losing state dollars means losing other funds.

“We leverage each other’s gifts to make the Alaska we want. If you take out a piece of that, it unravels," Wolf said.

‘We haven’t seen a plan’

There is deep concern among nonprofits that the state lacks a plan for the overnight loss in services that nonprofits provide for children, mentally ill people, domestic violence survivors, homeless people, low-income seniors and people in supported housing, Wolf said.

It’s unknown whether the governor considered the practical problems caused by the vetoes, she said, and whether there is a contingency beyond the hope private donors will come forward.

Jason Grenn, spokesman for United Way of Anchorage, said that nonprofits have pulled together in the wake of the vetoes, looking for innovative ways to deliver services that might help soften some of the blow. Even a modest increase in donations requires time and building relationships, he said. The problems with funding losses, however, are immediate.

“Showing the real-life impacts of all of these different budget cuts, you might see a shift, I hope anyway, for people’s capacity for giving, but it’s not something that’s filled in overnight,” he said.

Foraker has worked with governors for 19 years, Wolf said, but this administration would not meet with her agency in advance of the vetoes so that they could develop contingencies. Kaplan also said that her organization reached out to the governor’s office early in the budget process about projects funded jointly by the foundation and the state, but got no response.

Many of the programs nonprofits run save money by preventing expensive problems and reduce human suffering, Wolf said. For example, when mentally ill people people lose housing, as some will because of cuts, they end up on the street and are more likely to use emergency services, which costs the public.

“The problems don’t go away," she said. "They just get more expensive.”

Some have suggested that if Alaskans are given $3,000 Permanent Fund dividend checks, they might contribute at high levels through Pick.Click.Give, a program that allows people to pick individual organizations and donate part of their checks. Kaplan said that Pick.Click.Give generates $2.7 million, which is spread among 628 organizations.

“To make up for the cuts, every Alaskan, including children and babies, would have to donate their entire PFD,” she said.

Some people dealing with immediate losses related to service cuts like those to Medicaid dental care, for example, have turned to private individual fundraisers, like GoFundMe. Grenn and Kaplan said that suggestion isn’t sustainable on a large scale.

“I don’t think anyone would advise that your health care plan would be to pop up on social media and ask strangers for money,” Grenn said.

Kaplan cited 11,000 low-income seniors who lost benefits with the vetoes.

“Are all 11,000 going to do a GoFundMe? Do they even know how to do a GoFundMe?” she said. “I don’t think so. These are people who are barely scraping by in housing and some percentage are going to lose their housing.”

Wolf said the extreme situation for nonprofit organizations may change the charitable giving habits of some Alaskans, which is positive.

“If people are inspired to give more to these organizations, based on this budget and these conversations, great," she said. "But it’s not enough.”