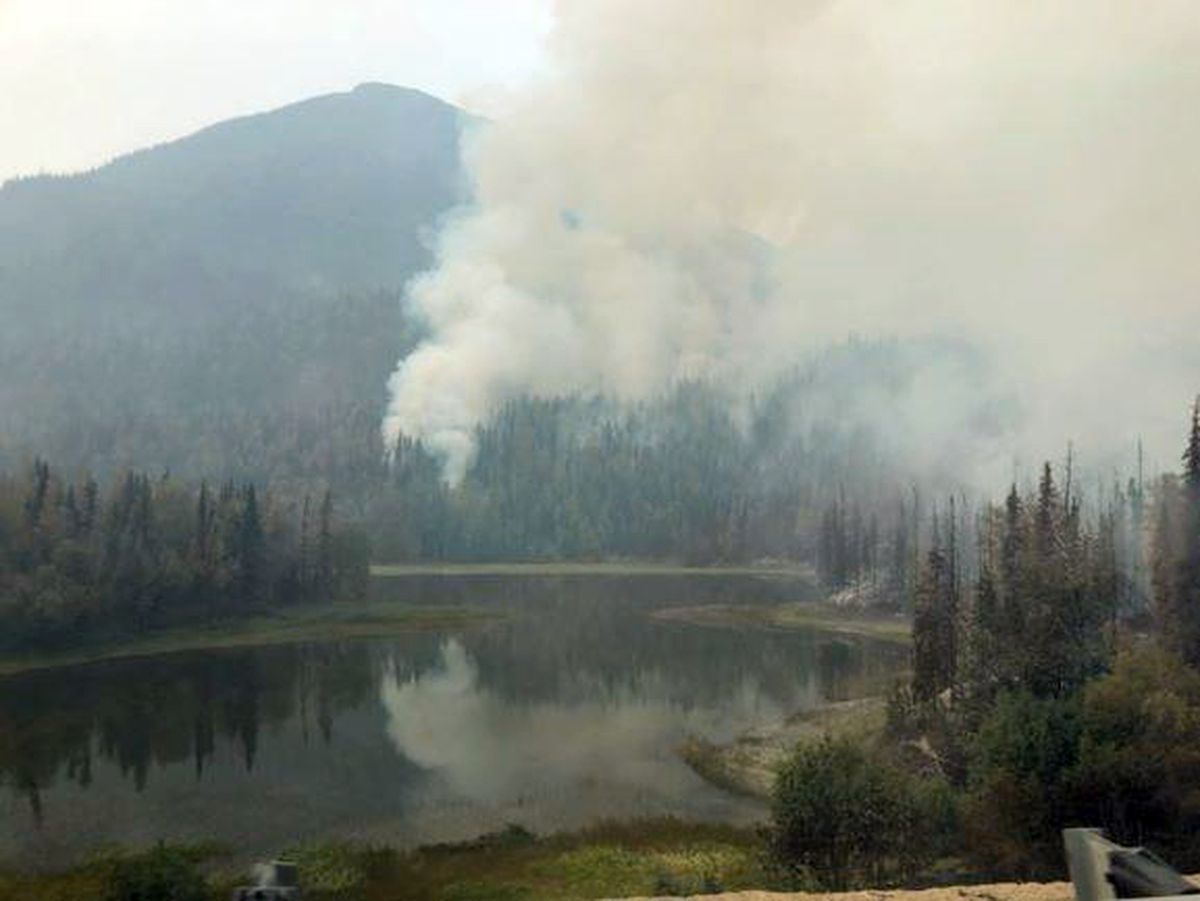 “Pilot cars may escort traffic in alternating directions, depending upon Swan Lake fire activity and smoke conditions. Be alert for flaggers and firefighting personnel. Proceed cautiously with headlights on,” Alaska State Troopers said in an alert.

Original story: A 24-mile stretch of the Sterling Highway on Alaska’s Kenai Peninsula was partially reopened Tuesday morning as smoke from the Swan Lake fire hindered visibility in the area. One lane reopened at 10 a.m., authorities said.

The highway had been closed since Monday from the Resurrection Pass trailhead at Mile 53 near Cooper Landing to Adkins Road in Sterling at Mile 77, according to the Alaska Department of Transportation’s travel information website.

Pilot cars are escorting traffic through the fire zone, according to the Alaska Wildland Fire Information website. No stopping is allowed along the one-lane section.

Authorities advised motorists to proceed cautiously and turn headlights on if there is smoke present. If conditions change, travel could be halted again.

Traffic was backed up Tuesday morning for several miles in both directions, said Sarah Saarloos, a fire information officer with the Alaska Division of Forestry.

Fire activity there decreased Monday night because of lower temperatures but smoke was heavy, she said.

“That is one of the main reasons why the highway has remained closed, is because of the dense smoke,” Saarloos said. “We’re waiting for that to lift a bit so we can get better visibility.”

There were flames next to the road Monday night, according to DOT. That was less of an issue Tuesday morning as the wind mellowed, Saarloos said.

The Swan Lake fire had grown to about 127,000 acres as of Monday morning.

Fire officials review cause of McKinley fire along Parks Highway

Photos: Scenes of smoke and damage along the Parks Highway