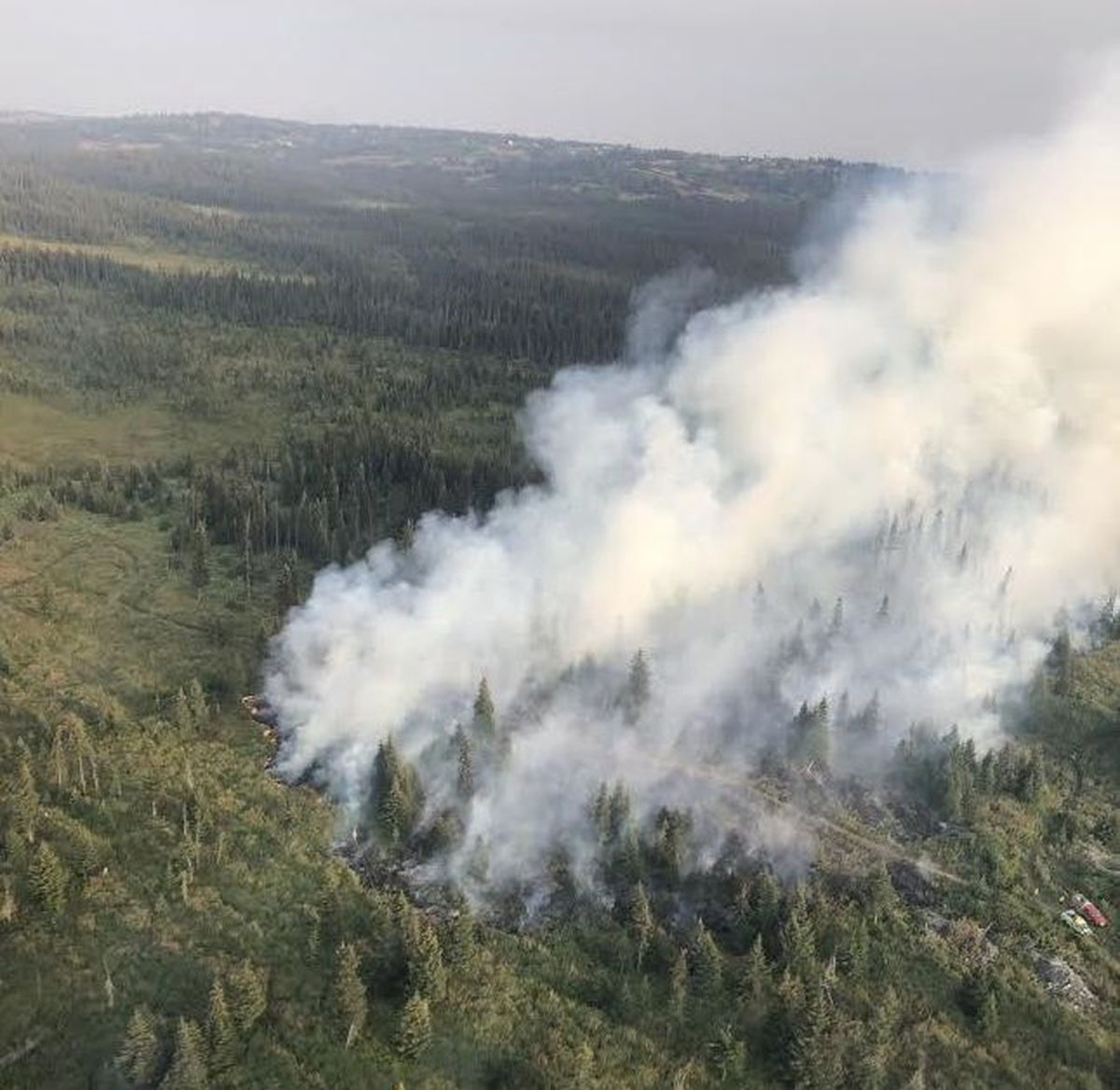 The North Fork fire was burning Sunday about 1.5 miles east of the Sterling Highway between Mile 165 and 164. (Alaska Division of Forestry)

The North Fork fire was burning Sunday about 1.5 miles east of the Sterling Highway between Mile 165 and 164. (Alaska Division of Forestry)

A wildfire about 6 miles northwest of Homer continued to grow Monday, and some neighborhoods were put on notice to be prepared for potential evacuation, authorities said.

Firefighters and air crews battled the North Fork Fire, which grew to 25 to 30 acres Monday. The blaze is between North Fork Road and Diamond Ridge Road.

People living along North Fork Road north of the fire and in communities along Diamond Ridge Road to the south were placed on a level 1 “ready” evacuation notice due to the fire’s movement, state agencies said in an update on Alaska’s wildfire information website.

The fire was reported at about 6:45 p.m. Sunday and was estimated at 6 to 7 acres Sunday evening, authorities said. Fire activity was described as “running through open grass and brush with pockets of spruce trees in difficult terrain," the state said.

The fire was about 1.5 miles east of the Sterling Highway between miles 164 and 165 and “moving south due to unpredicted northerly winds,” the Monday web post said.

“Fire managers are concerned that if the fire continues to move south, it will reach an area with continuous spruce trees that are very receptive to burning, especially after the continued hot and dry conditions experienced in the area this summer,” the post said.

The nearest structure was about a mile and a half from the fire, but it was not immediately threatened as of Monday afternoon, authorities said. The fire was burning off a trail, which made access “difficult but not impossible” for firefighting vehicles.

About 20 firefighters from the Alaska Division of Forestry, Kachemak Emergency Services and the Anchor Point Fire & Emergency departments responded to the blaze, the state said, plus two helicopters with water buckets.

The North Fork Fire joins much larger Alaska fires farther north on the Kenai Peninsula and in the Susitna Valley. Two aircraft responded to the North Fork fire from the nearby Swan Lake fire to help the suppression efforts.

This story was updated to clarify that the fire is closer to Homer than it is to Anchor Point. It was also updated to reflect that the structure nearest the fire was a mile and a half away, not a half mile away.