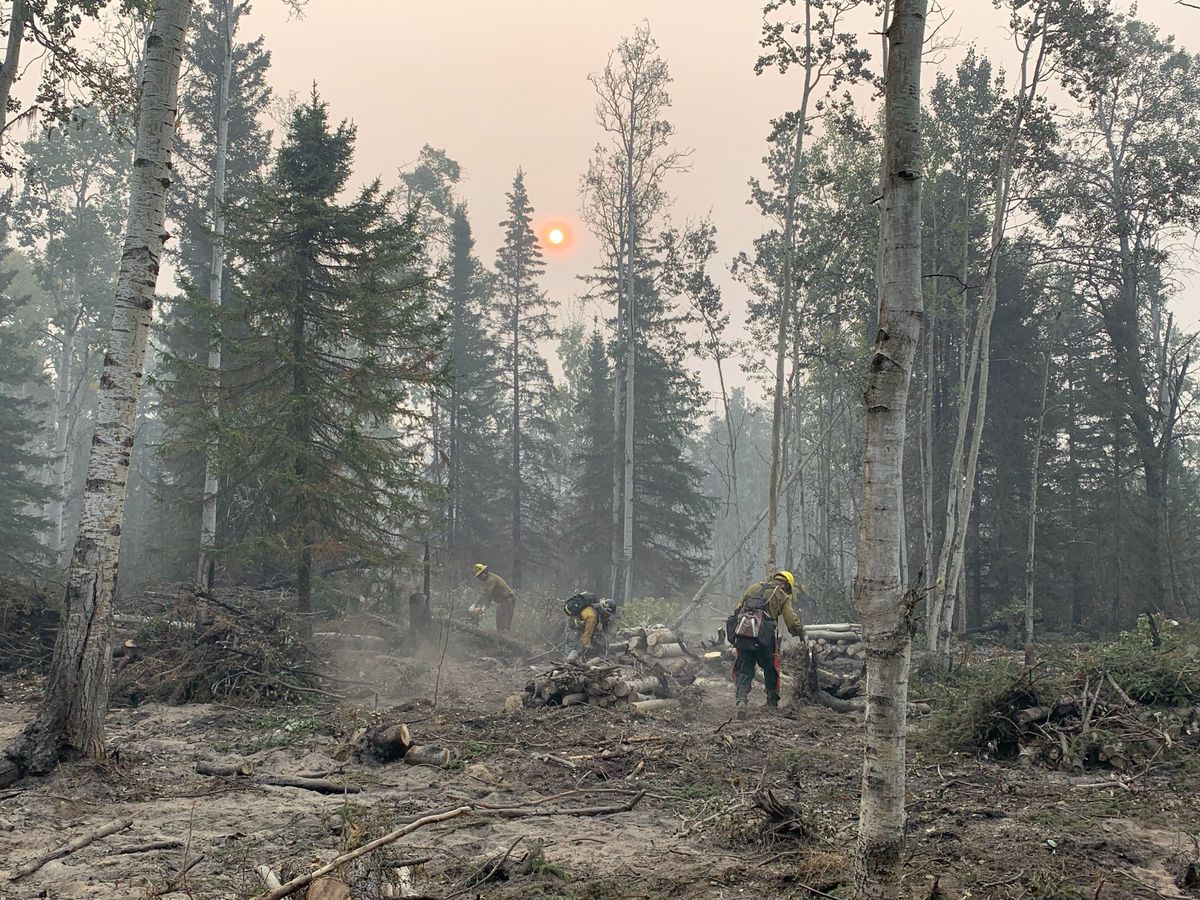 Overnight rain has helped slow the Swan Lake fire, but fire managers say they’re not out of the woods yet.

“The fire has started to move much slower but it’s definitely not going to put the fire out,” said Great Basin Team 1 operations chief Jeff Surber during a Saturday morning briefing.

The area received about a quarter-inch of rain between Friday evening and Saturday morning, but Surber said more is needed to truly stop the 162,000-acre blaze, which has been burning between Sterling and Cooper Landing since June.

Although the rain caused a significant decrease in the amount of smoke along the Sterling Highway corridor, Surber said pilot cars will continue to be used due to the hazard presented by falling trees weakened by the fire.

Caption
Firefighters from the Snake River Valley Type 2 crew, up from Oregon, prepare for a day of fighting the Swan Lake fire with an operations update Friday morning, Aug. 30, 2019. (Jeff Parrott / ADN)
Wait 1 second to continue.

“We feel like we need to keep those pilot cars going for the time being,” he said. The vehicles are guiding traffic between mile 40 just south of Tern Lake and mile 71 near Watson Lake.

Surber said three recreational cabins near the Resurrection Trail -- Trout Creek, Romig and Juneau Lake -- have been saved and are considered safe.

He said firefighting crews would focus their efforts Saturday on putting out hot spots along the southwest flank of the fire near Skilak Lake. Surber said crews were mostly staying out of the recently burned areas north of Cooper Landing because of the slower fire growth and the dangers presented by falling trees.