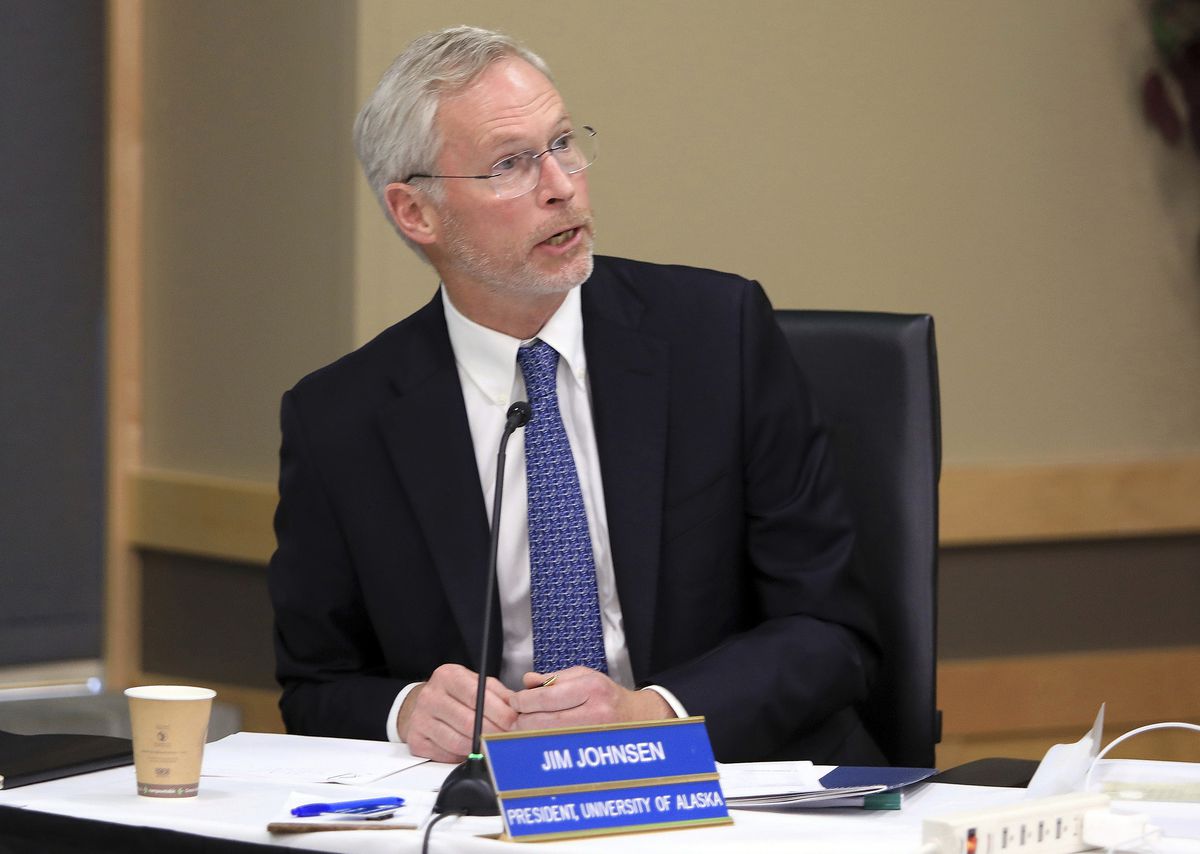 UA President Jim Johnsen will be replaced on an acting basis by the university’s vice president of university relations, chief budget and strategy officer Michelle Rizk.

Johnsen’s resignation was a mutual decision by the University of Alaska Board of Regents and Johnsen, according to a written statement issued Monday by board chair Sheri Buretta and Rizk.

“President Johnsen will be available to assist with the transition until July 1 when his resignation goes into effect,” the statement said.

The Board of Regents will appoint an interim president no later than July 15, and a formal search for Johnsen’s permanent replacement will take place later this year, the statement added.

Johnsen has been at the head of the University of Alaska since 2015, when he left his job as a senior vice president at Alaska Communications to begin overseeing three universities, 13 community campuses and about 30,000 students.

During his term, the university system has undergone multiple rounds of budget-cutting, with the state’s contribution falling from $370.6 million to $277 million. Further cuts are planned under a compact negotiated with Gov. Mike Dunleavy.

Those cuts have generated widespread dissatisfaction among university faculty. Last week, citing the cuts and other issues, the UA faculty union released a petition that called for Johnsen’s resignation.

“This is what we asked for, and I’m glad that he considered it and resigned. This is, for us, not a time to rejoice, but to reflect and try to work with the new leadership and make the university the best institution it can be,” said union president Abel Bult-Ito.

“It has been a real challenge leading the university over the last five years, but we made a lot of progress, too,” Johnsen said in a prepared statement. “Looking forward, there is no institution more important for creating opportunities for Alaskans than the university.”

State legislators and the governor said they appreciated Johnsen’s work.

“I want to take this moment to thank Mr. Johnsen for his service to higher education and to Alaska and wish him the best in all his future endeavors,” Dunleavy said in a written statement. “I look forward to working with the University of Alaska as it goes through the process of selecting a new president and ensuring it continues to deliver educational services to Alaskans. My administration is committed to assisting the university as it goes through this transition.